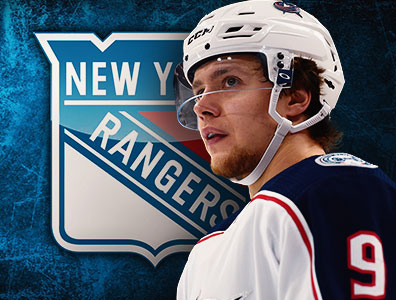 The New York Rangers agreed to terms with All Star left winger, Artemi Panarin, on Monday, June 1st, 2019. The Rangers secured one of the most sought-after free agents in a long-term deal. According to sources, New York is in the process of signing Panarin to a 7-year $81.494 million contract.

This new deal will make Panarin the highest paid winger in the NHL due to annual average value (AAV). His AAV of $11.6 million will surpass his former teammate with the Chicago Blackhawks, Patrick Kane, who has an annual average value of $10.5 million on his current contract.

Other teams that were highly interested in obtaining Panarin include the New York Islanders, the Columbus Blue Jackets, and the Florida Panthers. The 27-year-old Russian hockey player has played 4 full seasons in the NHL in which the young star has only missed a total of 6 games. This goes to demonstrate his durability as a solid, strong, and reliable forward in the National Hockey League.

The young left winger has been a premier goal scorer even in his rookie campaign with the Chicago Blackhawks. He was awarded the Calder Memorial Trophy for Rookie of the Year honors at the NHL’s Awards ceremony following the 2015 - 2016 season. He was selected to the NHL All Star team during the 2016 - 2017 season.

The Bread Man is one of only 6 other players that have reached 70 points or more over the last 4 years. The other players include Sidney Crosby, Kane, Blake Wheeler, Nicklas Backstrom, and Tyler Seguin. He is great company with those other players, and he has accomplished that feat during his first 4 seasons in the NHL.