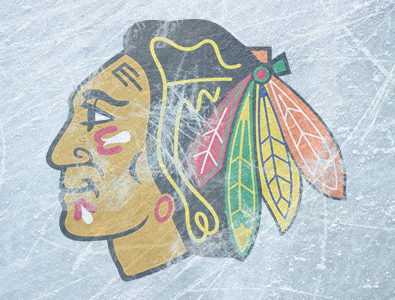 It has certainly been an interesting year for the Chicago Blackhawks. They had an awful start to the season as one of the worst teams in the NHL, but the Hawks are now playing great hockey. They are climbing up the standings and are making a push to try and make the playoffs. Their star players are putting up impressive numbers, and they are playing with high intensity. The Blackhawks have made changes that they hope will pay off in the future.

Earlier this season Chicago let go of their long time and one of the most winningest coaches of all time, Joel Quenneville. In fact, with 890 wins Quenneville has second-most wins as an NHL head coach behind only Scotty Bowman. He has led the Hawks to 3 Stanley Cup championships, 9 playoff appearances, and he went 452-249 as their head coach.

The Chicago Blackhawks replaced coach Q with the coach from their AHL affiliate, the Rockford Ice Hogs, Jeremy Colliton. Colliton is only 34 years old making him a very young and inexperienced hockey coach. For fans of the Blackhawks, this was quite a hard change to accept. Going from such a successful and winning man to a young and unproven guy did not sit well in Chicago especially as the team didn't seem to play much better under Colliton at first. Now as the Hawks have been playing so well as of the last month or so maybe opinions will change in the windy city.

The Chicago Blackhawks have many star players that have been trying to help their struggling team return to greatness. Their most notable perennial All-Star forward, Patrick Kane, continues to amaze the hockey world. He is rapidly approaching 1000 career points as he consistently scores at a prolific level. 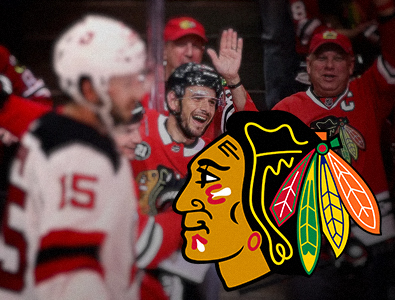 Patrick Kane is currently on an unbelievable streak for point scoring in consecutive games. He has 19 straight games with a point. Kane is averaging over 2 points a game and almost a goal per contest during this streak and is one of the most likely choices for MVP this season.

Another major asset to the Chicago Blackhawks is their captain, Jonathan Toews. In 2010 Toews became the second youngest player to win the Conn Smythe Trophy (MVP of the Playoffs). He won the Frank J. Selke Award (Best Defensive Forward) in 2013. Jonathan has been elected to the All-Star game 6 times (2009, 2011, 2012, 2015, 2016, 2017), and has been a dominant force behind much of Chicago' s success over the last decade.

Chicago has been extremely lucky that they have had solid play from their goalies this season. With star goaltender, Corey Crawford, being sidelined with injury throughout most of the year the Blackhawks have had to rely on their back ups to him. Both Cam Ward and Collin Delia have been strong replacements in front of the net for the Hawks throughout 2018-2019. Delia has a record of 6-3-3 with a save percentage of .912, and Ward has gone 14-9-4 with a lesser save percentage of .894. If the Blackhawks look to make the playoffs and contend, they will need to capitalize on stellar goaltending.

With the playoffs rapidly approaching Chicago will be competing for a wild-card spot in upcoming NHL post season. They have really been on a hot streak lately and find themselves right in thick of the playoff hunt. Teams such as the Dallas Stars, Colorado Avalanche, Chicago Blackhawks, Minnesota Wild, Arizona Coyotes, and the Vancouver Canucks are all in a tight battle for the last couple postseason positions.

NHL 2018/19 Stanley Cup: Odds to Win Outright according to Intertops.