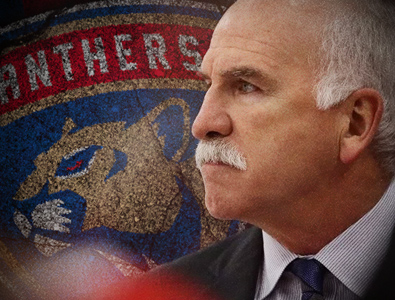 Joel Quenneville is the second most winningest coach in NHL history. His 890 wins are 2nd only to Scotty Bowman. Quenneville is one of only 11 NHL coaches to win three Stanley Cup championships. The Florida Panthers wasted little time by hiring their new head coach within 36 hours of their 2018-2019 season coming to an end.

Dale Tallon’s Comments Regarding the Hire

"Fate is a wonderful thing in my life," Tallon said. "It's like a blessing for me. This is a blessing. There are a lot of coaching jobs available. We wanted to get it done because he's a popular guy and a lot of teams out there would love to have him as their coach."

"His record is impeccable," Tallon said. "I think this is going to be a complete shot in the arm for the whole organization, on and off the ice. This is big time. This is a major step forward for our franchise."

"This doesn't come around very often, opportunities like this," Tallon said. "We had to think about what's best for the franchise long term. And this is a fabulous day for our franchise."

"Me and Q," Tallon said, "we're on the back nine and we want to finish it off in style." 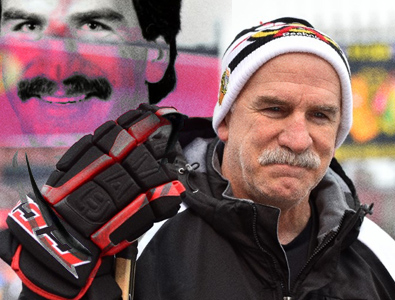 Joel Quenneville has coached the Colorado Avalanche, the St. Louis Blues, and the Chicago Blackhawks. His record is an impressive 890 wins – 532 losses – 77 ties – 137 overtime losses. He has 18 playoff appearances over the course of his illustrious coaching career, and as mentioned above he has won 3 Stanley Cups all with the Chicago Blackhawks.

"I believe this team is close to winning," Quenneville said. "I was fortunate, [the] luckiest guy in the world when I walked into the Chicago situation there -- a team ready, sitting on go to win. I feel the same here now."

"Words can't even express how excited our family is to come down to South Florida," Quenneville said. "This is where we wanted to be."

“Aleksander Barkov, Jonathan Huberdeau, Evgenii Dadonov and Mike Hoffman all had big scoring years, and Vincent Trocheck has emerged as a true leadership voice. Goaltender Roberto Luongo, who is considering a return, is another clear leader. Florida plans on being aggressive on July 1 to find free agents who will immediately shore up a porous defense. Playing for Quenneville will be a selling point for those free agents.”

I have a feeling that the Florida Panthers will greatly improve, and they should become an NHL contender soon under the tutelage of Joel Quenneville. I believe that he is one of the greatest coaches in hockey, and many players would like to come to the Florida Panthers to play for him making their team get even better.