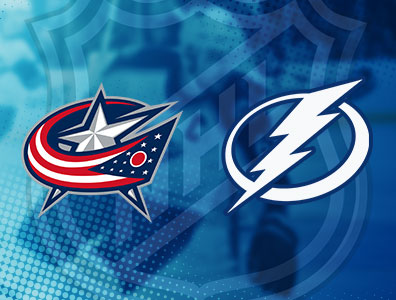 NHL history was made on Tuesday April 16th, 2019 when the best team in hockey this season, the Tampa Bay Lightning, were beaten in four consecutive games getting swept out of the first round of the NHL playoffs by the Columbus Blue Jackets. This has never happened before, and it is very hard to believe.

Not only did the Lightning have the most wins with 62 (tied for most wins ever in NHL regular season history), they had an astonishing 128 points putting them well ahead of any other team in the National Hockey League. The Lightning had one of best regular seasons of all time, and they did not win a single playoff game.

Game one of the series played in Tampa Bay, and it was the only close game of this best of seven series. The final score was Blue Jackets - 4 Lightning - 3. Game two was also held in Florida, and it was a 5 - 1 blowout with Columbus winning over Tampa Bay easily.

“This was not a No. 8 seed. This was the 13th-best team in the NHL based on points, with 98, a higher total than three Western Conference playoff teams -- the Dallas Stars (93), Vegas Golden Knights (93) and Colorado Avalanche (90). They were 12th in goals per game (3.12) and 11th in goals-against per game (2.82), outpacing several playoff teams in each category. They were 12th in expected goals percentage (50.87), which was better than six playoff teams.

“They were a completely adequate team that was turned into the largest of underdogs by virtue of the Lightning's juggernaut of a regular season, and the Vegas sportsbooks' projections for the series.

“But where the punditry failed was in identifying two trends. First, that the Blue Jackets had been a different team since a Western Canadian road trip that ended on March 24. They had a team meeting that cleared the air on some issues, and that meeting was cited by several players as having gotten them on the right course. They won seven of eight games to close the regular season, giving up two or fewer goals in each victory. (That 6-2 home loss to the Bruins on April 2, in a critical game, threw us all off their scent as a contender.)” 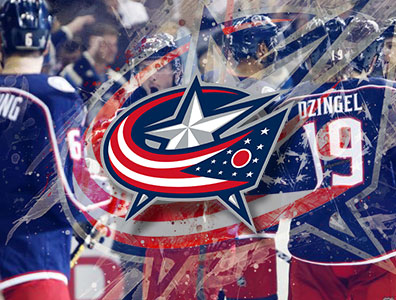 “The other trend is that this is the third straight season the Jackets have made the playoffs. They went out in five to the Penguins in 2017, but gained experience. They won the first two games in Washington in 2018 and lost the series in six games, but gained more experience.

"The more and more playoff hockey you play, the more and more you feel comfortable in situations that you're put in. It's so important that it's been three years in a row for us. Guys are getting more minutes, more experience in situations and with surges. Hopefully, you're ready for that. It's not new to you,” Blue Jackets coach John Tortorella said.

The Tampa Bay lightning were playing without one of their best players in defenseman, Victor Hedman, for game three and game four as he was ruled out due to injury. Nikita Kucherov was suspended for game 3 after a dirty play he made in game 2, which was easily avoidable. Kucherov was the leading scorer in the regular season and he will most likely win the NHL’s MVP award at the conclusion of the 2018 – 2019 hockey season.

“After Game 4, Kucherov was still trying to figure out what happened to his heralded power play. No power plays. One PP in two games. It's tough. I don't know what to say," he muttered.

“No one does when it comes to the special-teams disparity in this series. The Lightning had a power-play percentage of 28.1 in the regular season, which is the highest in NHL history for an 82-game season and the highest overall since the 1987-88 Calgary Flames were at 28.5 percent in an 80-game season. The Lightning had a 33 percent power-play percentage on the road, the highest since the NHL began tracking the stat in 1977.

“Against the Blue Jackets? Their power play went 1-for-6, finally converting in Game 4. Part of the problem was not getting enough of them, which was a combination of specious officiating and the Jackets' discipline -- Columbus had the fewest times short-handed in the regular season.

“Meanwhile, the Blue Jackets' power play morphed into the mid-1970s Montreal Canadiens, whipping the puck around and in constant motion. They finished 5-for-10 in the series against a Lightning penalty kill that finished tied for first in the NHL. Allowing your opponent a 50 percent conversion rate on the power play is the stuff of which sweeps are made.

“The Columbus power play produced the winning goal in Games 1 and 2. The winner in Game 4 was also technically a special-teams goal, scored 6-on-5 during a delayed penalty.

“It can't be stressed enough: The Lightning didn't play horribly at 5-on-5. The Jackets scored eight even-strength goals to Tampa's six. The Bolts had an expected goals percentage of 54.86, and 54.17 percent of the scoring chances over four games. But those extra four goals with the man advantage made all the difference.

"Special teams was huge for us in the season, and let us down in the playoffs. We didn't get the bounces on the penalty kill, and they got confidence on the power play as the series went on," Steven Stamkos said.

“Suffice it to say, they really missed Hedman on both of these units.” 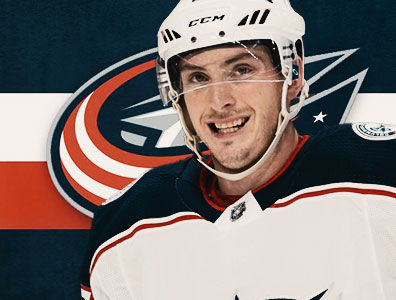 The young NHL star Matt Duchene netted 3 goals while assisting four times to his teammates that were scoring. Artemi Panarin was able to sneak through 2 goals and assisted on 3 other goals. The Columbus Blue Jackets played great team hockey, and they built confidence throughout the series’ progression. They also received outstanding goal tending from their goal tender, Sergei Bobrovsky. Bobrovsky had a .932 save percentage, which is very solid and an exciting time for American sports.

The Tampa Bay Lightning have some of the best goal scorers in the NHL. Players like Steven Stamkos, Nikita Kucherov, and Brayden Point were all amongst the leaders in the league for most offensive categories during the regular season, but they did not show up and play to their potential during the playoffs. They played frustrated, and they just didn’t look the same. Sometimes in sports this happens, and there is little explanation for why.

"Anatomy of a playoff collapse: What happened to the Tampa Bay Lightning?", Greg Wyshynski, espn.com, April 17, 2019