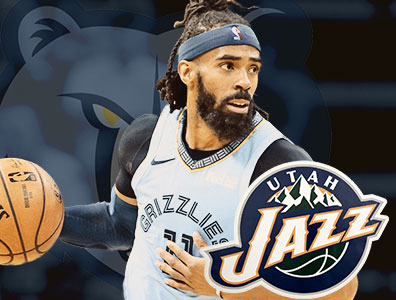 On Wednesday, June 19th, 2019 the Memphis Grizzlies and the Utah Jazz agree to a trade sending star point guard Mike Conley to the Jazz. The Grizzlies will receive Grayson Allen, Kyle Korver, and Jae Crowder along with two draft picks.

The draft picks will include the 23rd overall draft pick in the 2019 NBA draft as well as a protected future first round pick. The trade will become official on July 6th, 2019.

The Grizzlies are clearly in a rebuilding phase. They traded away Marc Gasol to the Toronto Raptors before the trade deadline last season. By them trading away Conley, they are most likely going to be drafting point guard, Ja Morant, out of Murray State University with the number 2 overall pick in the 2019 NBA draft.

Both of those trades involving the Grizzlies two best players freed up a lot of salary cap space to go out and pick up other players in free agency to build around Morant and the young Memphis team. They now have assets in Allen, Korver, and Crowder in which they can choose to trade or keep depending on what the executives think is best for the franchise.

The Utah Jazz benefit greatly with the addition of Conley. Ricky Rubio will most likely not be resigned as he will become a free agent this summer. Donovan Mitchell should continue to develop into one the best young superstars of the Western Conference and the NBA as a whole. Derrick Favors will get more playing time with the departure of Jae Crowder, but he should be able to pick up that slack for the Jazz.

Utah should be able to contend for the Western Conference now that Golden State and Houston are currently a mess. Look for them to have a great year in the upcoming 2019 – 2020 NBA season.