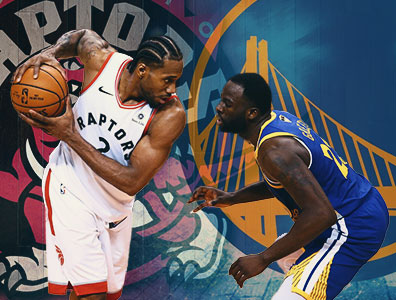 On Thursday, June 13th, 2019 the Toronto Raptors and the Golden State Warriors played game 6 of the 2019 NBA Finals from Oracle Arena in Oakland, California. Prior to the game the best of 7 series was at 3-2 in favor of the Raptors. It was a close and hard-fought game by both teams as it came down to the last possession or so to determine the winner.

Toronto ended up winning game 6 of the 2019 NBA Finals with a final score of 114-110 resulting in the Raptors winning their first ever NBA championship. The game contained big time performances, a major injury, and a last possession shot to decide the affair. Let’s analyze the details of the amazing championship clinching game while touching on the Finals and playoffs overall.

Reactions from Players and Coaches

"You just got to go take the guys you got and go play and manage it the best you can."

"It was a heck of a 12 months," says Raptors head coach Nick Nurse. "I just try to take things as they come. Didn't look too far ahead. Obviously when we made some additions to the team, we thought we could be good, but we had no idea what the health status was and all those things.

"They're a fantastic basketball team," Warriors head coach, Steve Kerr explained. "Great defensively, share the ball, play a beautiful style, a lot of great two-way players and a lot of veteran players who have been in this league contributing for a long time, so I'm very happy for them.

"Winning a championship is the ultimate in this league, and they have got a lot of guys who have earned this. ... They are a worthy champion."

"I wanted to be aggressive," says Kyle Lowry. "I look back at every game we've played and that we've won I've shot double-figure times. And I was more aggressive. The games, I think besides Game 1, but other games, all the other games we won, I was more aggressive offensively, makes or misses. But people thought that we were kind of going to be like, 'Man, we gave away Game 5.' But the group of guys that we have, we have been able to stay level-headed the whole time and understanding that we had a team that was going to come out here and play extremely hard, fans were going to be loud, and they were going to fight to the death.

"That's the one thing about that group, they fought to the death. And they got some great guys down there, great coaches, and we tip our hats to those guys because they, they're the definition of champions."

"The shot was one I take 10 out of 10 times," says Stephen Curry. "And we ran a play that was kind of, we got a decent look off of kind of a bobbled catch, and I could see the rim, so I shot it. I'll live with that. We always talk about that, myself and Klay, in terms of shots that we take, you live with it.

"I would shoot that shot every day of the week."