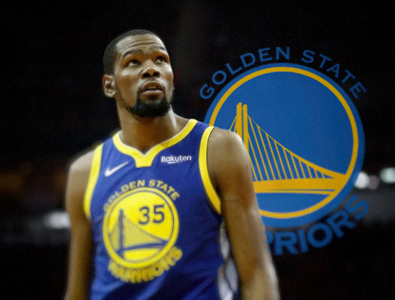 On Wednesday, May 8th, 2019, the small forward, Kevin Durant, of the Golden State Warriors had to leave game 5 against the Houston Rockets with a right calf strain. Initially the Warriors believed this was a very minor injury that would keep Durant out of action for about a week or so.

It has now been a week and a half since the injury and Golden State is still unsure of when Durant can play again, if at all, the remainder of the season. On Thursday, May 16th, 2019, he was evaluated, but not cleared for any on-court play. The all star forward will be reevaluated next week, and hopefully the Warriors will receive better news then.

Golden State has played three games without Durant since the injury, and they have won each of those three games. The team is currently up 2-0 against the Portland Trail Blazers in the 2019 Western Conference Finals. KD will not travel with the team to Portland for games 3 and 4. Damian Lillard needs to start playing his best basketball now if Portland has a chance of climbing back into this series.

"The right way to put it would be, with a calf injury, there's kind of a wide range of how long a guy's going to be out, and so he's had them in the past where he was out a week or 10 days but right from the beginning, [Warriors director of sports medicine and performance] Rick [Celebrini] was telling me that you really can't put a number of days or weeks on this."

"There's a big range of how long it could be depending on how he responds and how bad the strain is. This one is taking a little bit longer than the ones he's had in the past, but that's OK. He's coming along well and if he continues to improve at the rate he's improving now, we're confident that he'll be back. We just don't know when."

"DeMarcus is coming along. He's starting to do some work on the floor, so he's not exactly close to playing in a game but he's making good strides with his rehab and getting out on the court and starting to do some conditioning things. We'll see where that goes," Kerr concluded. 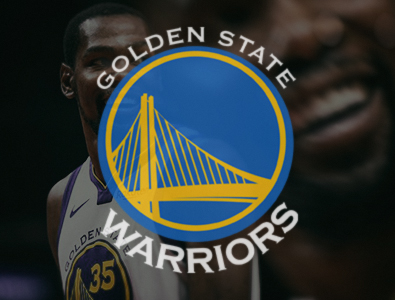 Cousins is the center of the Warriors who has missed the last 11 games with a torn left quadricep. He is making good progress in his recovery from that injury, but Cousins is not going to be ready to play in a game for at least another week or so. I believe he will not face the Trail Blazers during the rest of this series.

"I think you have to as a player," says Draymond Green. "We can't sit and look over our shoulder and say, 'Hey, man, when is K going to be back?' We just got to play with whatever we got. We got to play and give him an opportunity to get back, and I think that's what really falls on our shoulders. Obviously, like you said, we're a much better team with him on the floor, and that's on both sides of the ball, but right now we're a very confident group, and you know, we got everybody stepping up and giving great minutes, and that's what it's all about.”

"So, I mean, hopefully he's back sooner than later, but you know, as a guy who is in the war, in the battle every night, we can't sit and look over our shoulder and wonder when he or DeMarcus [Cousins] is coming back. We have to assume that -- this year, they are never coming -- I know something will be made of that -- we have to assume they are not coming back and play with what we got. Obviously, we are hoping that they do. But while they are not out there, we just got to play."

"We miss him," says Klay Thompson. "I mean, that's obvious to see. [His absence] does not change my approach. Just got to go out there and play my style of basketball and just hope for a speedy recovery. It's unfortunate, but it's part of the game and we'll desperately need him to three-peat, and that's no secret about that."

The Golden State Warriors seem to be playing just as well if not better without Durant in the lineup. Even though he is considered one of the best, if not the greatest basketball players in the world, he disrupts the overall team play of the Warriors, and he is no Michael Jordan.

The team seems to move the ball better without him playing. They have superstars like Steph Curry and Klay Thompson that can make the big shots. They have won without him in the past as they set the new regular season record of 73-9 before he got to the Warriors. Golden State has also won the NBA Finals before Durant got there too.

I feel like Durant makes them a better team, but they don’t necessarily need him to win the whole thing this year. Only time will tell as we are not sure when if ever, he will return to the Warriors in these playoffs. I think sports betting odds will be effected greatly depending on whether he plays or not.