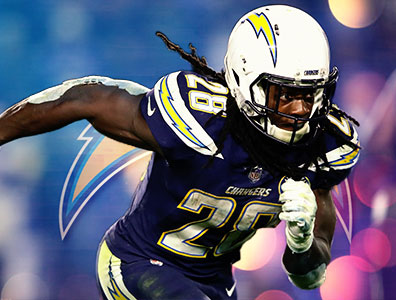 On Thursday, September 26th, 2019 the Los Angeles Chargers star running back, Melvin Gordon, ended his 64 day hold out and reported to the team’s facility. He had been holding out from all team activities, practices, meetings, and work outs in hopes of receiving a big time contract extension with the Chargers. Gordon ended up missing the first three games of the 2019-2020 NFL season as well as the pay checks for those games.

Now that Gordon has reported to the Chargers, he will be involved in all team activities. Although he will most likely have to sit out this week’s road game against the Miami Dolphins as he is not going to be in NFL game condition and on the same page as his teammates. Sources have reported that this will probably be Gordon’s last season with the Los Angeles Chargers.

Financial Impact from the Hold Out

Gordon was seeking a contract extension from the Chargers that would provide him an agreement making him one of the NFL’s top paid running backs along with players like Ezekiel Elliott, Le’Veon Bell, Todd Gurley, and David Johnson. The Chargers had offered him a deal for roughly $10 million per year which was around double his current contract value, but Gordon turned that down during the hold out.

The LA Chargers can potentially fine Gordon $30,000 per day for skipping out on training camp per the National Football League’s collective bargaining agreement. In addition to those fines he forfeited one week’s regular season salary for every preseason football game that he intentionally missed which totals roughly $2.2 million.

He may also lose $989,118.00 in salary for not participating in the Chargers first three regular season games this year. So not only did he not receive the contract extension that he anticipated, he lost out on a whole lot of money by taking the stance that he chose to take.

…the LA team had no problem filling his void. Their second string running back, Austin Ekeler, has been performing phenomenally for his team. The Chargers have been amongst the top several teams in rushing the football over the course of the young 2019-2020 NFL season.

"I don't think you just walk in camp and just play right away without going through any practice," Chargers head coach, Anthony Lynn, explained. "You can run and do all the drills you want, but it's hard to simulate real football."

"I know it would be good to see him," LA’s quarterback, Phillip Rivers, stated.

“We’re a better team with him, for sure!” says Lynn.

“Right now we’re just not good enough to overcome those deals, because we’re not finishing games. We’ve been up two scores a couple times here and have had a chance to extend that, and we haven’t done it. We’re thinking more about our finish, our approach to the game, our execution, our focus, and I think that’ll allows us to overcome this.”

“It’s the National Football League,” says Lynn. “There are injuries everywhere. We’d love to have Russell and DJ [safety Derwin James], and [tight end] Hunter Henry, Michael Davis, a starting corner for us, [placekicker] Michael Badgley. We’d love to have all those guys. But shoot, no one has all their guys once the season starts.

“If we’d just done a couple things different in those last two weeks, those games would’ve been different. It had nothing to do with the injuries.”

“No doubt about that,” says Lynn. “Some teams drop a couple earlier and catch fire later. The NFL’s about peaking at the right time. That’s what we gotta do. We have to stay in this thing, and get this team ready to peak at the right time. And maybe reinforce it with some key players coming back. I still think we have an opportunity to have an outstanding football team.”

“What Melvin Gordon’s Return Will Mean for the Chargers”, Albert Breer, si.com, September 26, 2019.