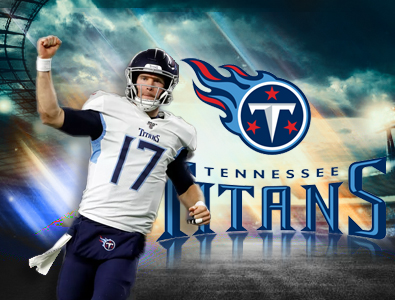 Just as the free agency period in the NFL is about to begin this week, the Tennessee Titans and their talented young starting quarterback, Ryan Tannehill, agree to a four year contract worth up to approximately $118 million. This new deal will enable Tannehill to earn an average of $29.5 million every year over the duration of this agreement, and it includes $62 million that are fully guaranteed and $91 million in total guarantees to the 31 year old quarterback who was one win away from leading the Tennessee Titans to the Super Bowl last season. The Lubbock, Texas native is currently now scheduled to become an unrestricted free agent following the 2023 – 2024 NFL season.

Will Tom Brady play for the Tennessee Titans this upcoming season?

The Tennessee Titans were a team that was considered to be highly interested in the biggest free agent this NFL offseason in Tom Brady. The Titans were thought to have been a solid landing place for the six time Super Bowl Champion as he is known to be good friends with Mike Vrabel who is his former teammate with the New England Patriots and the current head coach of the Tennessee Titans.

Also, it seems like the Titans are an organization that seems to be complete, and they can obviously contend for a Super Bowl as they made it to the AFC championship game last season. The Tennessee Titans ended up losing that intense football game to the Kansas City Chiefs who were led by their young superstar MVP quarterback, Patrick Mahomes, to a Super Bowl Championship just about 6 weeks ago.

This new contract for Ryan Tannehill ensures everyone that the Tennessee Titans will not pursue Tom Brady, and that Tannehill will be their on the field signal caller for at least the immediate future. Other franchises in the National Football League that may be interested in Brady include the Los Angeles Chargers, the Las Vegas Raiders, the Indianapolis Colts, the New England Patriots, the Tampa Bay Buccaneers, the New York Giants, the San Francisco 49ers, the Miami Dolphins, and possibly the Chicago Bears.

One of the biggest surprises in the National Football League last season was how successful the Tennessee Titans were especially once they entered postseason play. They finished the regular season with a very average record of 9 and 7 for the fourth consecutive year. Their head coach Mike Vrabel and his coaching staff had a very impressive game plan for the NFL playoffs. During the wild card round of the postseason they faced the New England Patriots.

The Tennessee Titans upset the defending Super Bowl champions with a final score of 20 to 13, and this victory in Foxboro, Massachusetts matched them up against the Baltimore Ravens in the divisional round of the postseason. The Titans got on top of the Ravens often and early with the same game plan of running the ball heavily and playing aggressive defense. The Ravens were heavily favored in this contest, and they were many people’s pick to win Super Bowl LIV, but the Titans won with a final score of 28 to 12.

They scored early in both of their playoff wins and then managed the games well once they established a decent lead on their opponents. In the AFC championship game against the Kansas City Chiefs the Tennessee Titans were able to take the early lead, but the Chiefs were just simply too good as they were not to be denied. Kansas City won their first Super Bowl in 50 years by defeating the San Francisco 49ers 31 to 20. 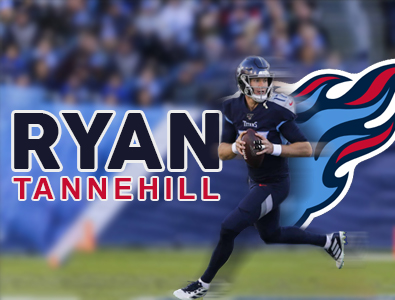 The Football History of Ryan Tannehill

Tannehill played his collegiate football at Texas A&M, and he selected by the Miami Dolphins with the 8th overall pick (1st round) in the 2012 NFL draft. He was the Dolphins starting quarterback for the first six years of his career in the National Football League. Ryan showed potential at times in Miami, but overall, he appeared to be an average passer in the NFL. He has played on some bad teams for the most part.

Following the 2018 – 2019 NFL season the Miami Dolphins traded Tannehill to the Tennessee Titans along with a sixth round pick in exchange for a fourth round selection in the 2020 NFL draft and a seventh round pick in the 2019 NFL draft. As the Tennessee Titans got off to an ugly and disappointing start to the 2019 – 2020 NFL season with a record of 2 and 6, management and their coaching staff made the decision to bench their former starting quarterback, Marcus Mariota, and named Tannehill their new starting quarterback beginning week 7.

Last year Tannehill performed extremely well. He was selected to the NFL Pro Bowl, was named the 2019 Comeback Player of the Year, and he finished the season with the highest passer rating in the National Football League at 117.5. In 2019 he threw for 2,742 yards, 22 touchdowns, and 6 interceptions. His completion percentage was a solid 70.3 percent and he averaged 9.6 yards per pass completion. The big guy has an overall record of 49 and 49 as a starting quarterback in the NFL, but he hopes to improve that throughout his tenure with the Tennessee Titans and possibly beyond.