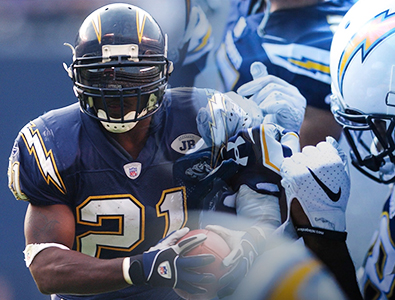 The Los Angeles Chargers and Philip Rivers have decided to go their separate ways after he was the Chargers quarterback over the course of the last 16 seasons in San Diego and Los Angeles. He started for 14 of those 16 years. The Chargers organization did not offer the veteran free agent a new contract agreement to continue playing for them. Rivers sold his house in Southern California (San Diego), and he recently moved his extremely large family to Florida for the time being. Although Rivers and the Chargers are moving forward in a different direction there is an incredible amount of mutual respect on both sides.

Rivers has made his mark in the NFL history books by racked up the sixth most career passing yards with 59,271 as well as the sixth most career touchdown passes with 397. He has led the Chargers to the playoffs on six occasions throughout his tenure in San Diego and Los Angeles including the AFC Championship Game in 2007. He has the most consecutive quarterback starts in NFL history with 224 which is significantly behind Brett Favre’s record of 297.

Last Season with the Chargers

Although Rivers was wildly successful with the offense of this franchise during his prime, last season he did struggle quite a bit. The Chargers finished the 2019 – 2020 NFL season in last place of the AFC West division with a record of 5 and 11 as they watched their hated divisional rival in the Kansas City Chiefs win Super Bowl LIV. He threw for 4,615 yards, 23 touchdowns, and 20 terrible interceptions. His 23 touchdowns last year were the fewest since 2007 when the Chargers had an amazing back field of rushers including LaDainian Tomlinson, Lorenzo Neal, Darren Sproles, and Michael Turner. 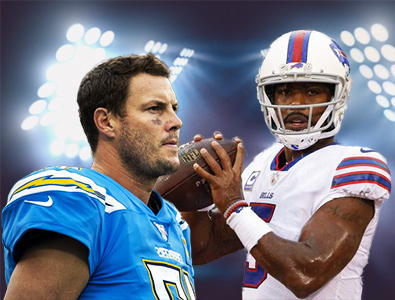 Rivers’ Career Achievements, Awards, and Honors in the NFL

What’s next for the Los Angeles Chargers and Rivers

The Chargers have expressed their interest in enabling Tyrod Taylor to earn the vacant starting quarterback job in Los Angeles. He has shown some good potential to be a solid NFL quarterback, but overall is quite average at the most important position on the football field. The Los Angeles Chargers currently possess the sixth selection in the upcoming 2020 NFL draft this April, and they may choose to take a quarterback with that pick.

There has been talk about the Chargers trying to pursue the big name veteran quarterback in Tom Brady, but there is a very large market throughout the National Football League for Brady. I still believe that the New England Patriots will resign Tom.

The other big ticket free agent quarterbacks available include Drew Brees, Ryan Tannehill, Jameis Winston, and Teddy Bridgewater. These are some highly sought after names, and I am very interested in seeing where all these great players end up prior to the 2020 – 2021 NFL season.

At age 38 Philip Rivers is incredibly determined to land a starting quarterback job in the National Football League, and there are many teams that will be interested in acquiring him to fill that role for their organization. Teams that may be willing to sign Philip Rivers include the Indianapolis Colts, the Chicago Bears, the Tampa Bay Buccaneers, the Tennessee Titans, and the New England Patriots. He will most likely end up with one of the above teams or possibly another destination in the NFL.

"After stepping back a bit from last season, we reconnected with Philip and his representatives to look at how 2019 played out, assess our future goals, evaluate the current state of the roster and see if there was a path forward that made sense for both parties," says Los Angeles Chargers general manager Tom Telesco. "As we talked through various scenarios, it became apparent that it would be best for Philip and the Chargers to turn the page on what has truly been a remarkable run.

"We agreed that making this decision well before free agency would allow everyone to put themselves in the best position for success in 2020."

"I am very grateful to the Spanos family [Chargers ownership] and the Chargers organization for the last 16 years," Philip Rivers stated. "In anything you do, it's the people you do it with that make it special. There are so many relationships and memories with coaches, support staff and teammates that will last forever, and for that I am so thankful.

"I never took for granted the opportunity to lead this team out onto the field for 235 games. We had a lot of great moments, beginning in San Diego and then finishing in L.A. I wish my teammates and coaches nothing but the best moving forward."

"I do feel I have some emotional fire and passion still left," Rivers goes on to say. "I know I have the passion for the game that I think is going to last my lifetime. And I think I have the ability left to go play at a high level.

"Some people might disagree that I can still play. But I would say I definitely can do it. I cleaned up a few of those other things, and if I'm playing consistently, I can still do it physically."

"I've said before that Philip can still compete at a top starter level, and in a perfect world, No. 17 is your quarterback forever," Telesco proclaimed. "Obviously, we live in an imperfect world where the only constant is change. I think Philip's tremendous perspective, both when it comes to football and when it comes to life, helped lend clarity to a very complex situation."

"Through 16 seasons, 224 consecutive starts and more 'dadgummits' and 'shoots' than any of us can count, not only has Philip Rivers been our quarterback, he's been the heart and soul of our organization," Los Angeles Chargers owner Dean Spanos expressed. "He wore a bolo tie and cowboy boots to games. He introduced us to 'Nunc Coepi.' He always went out of his way to interact with the fans, and he even made fans of nuns. Over the years, I think he broke just about every team record in the book and, simply put, it was just fun to watch him play football.

"There's only one Philip Rivers, and we've been fortunate to call him our QB1 for the better part of two decades. We cannot thank Philip enough for giving it his all on every single down and for the memories he created that will last a lifetime."

"Tyrod Taylor is a heck of a quarterback," Los Angeles Chargers head coach Anthony Lynn communicated to AM 570 LA Sports. "We couldn't have a better backup right now, and now he has an opportunity to maybe step up into a starting role. I've had Tyrod before [in Buffalo], and I know what this young man brings to the table, in the passing game and the running game.

"There are some guys that can win from the pocket, but when you look around the league, most of these guys are mobile quarterbacks that can move," Lynn said in regards to what style of quarterback he preferred. "All you have to do is watch high school football on Friday nights. High school football told me 10 years ago the direction the NFL was headed.

"So that's just the world that we're in right now -- you can do more things and be more cutting edge [with a mobile quarterback]. But that guy that can stand back there, pick up all those protections, throw the ball from the pocket and use the quick passing game [instead of] his legs, you can still win with a classic pocket passer."

"We looked at a lot of things with Phil and where he's at in his career," says Lynn. "And Phil had a say-so in it as well. We agreed to split. And we couldn't have done it any classier or better. My conversation with Phil was one of the best I've had with him, I can tell you that.

"I'm a big fan of his. And if he decides to continue to play, I'm going to root for that young man and Tiffany; they are two special people. But it was just time. It happens. Brett Favre left Green Bay. Joe Montana left the 49ers. Peyton Manning left Indy. It happens."