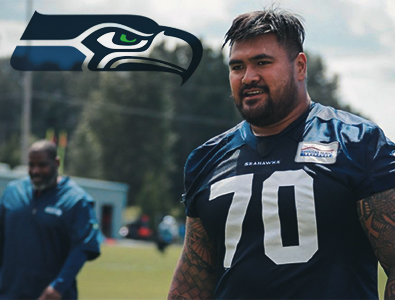 Earlier this week the former star offensive guard of the Seattle Seahawks, Mike Iupati, announced his retirement from playing in the National Football League after 11 outstanding seasons of service in the NFL. The 33 – year – old offensive lineman explained to the media that his body was telling him it was finally time to call it quits from playing pro ball, and that it was time for him to move on to the next phase of his life.

The 6 – foot 5 inch and 331 – pound offensive lineman was born and raised in Vaitogi, American Samoa. His family moved to Garden Grove, California prior to Iupati’s high school days. Mike attended Western High School in Anaheim, California where he excelled at the sport of football on both the offensive as well as the defensive line for the Pioneers.

Following high school Iupati enrolled at the University of Idaho in Moscow, Idaho where he over achieved as an interior offensive lineman for the Vandals from 2006 through 2009. The San Francisco 49ers selected Mike with the 17th overall pick in the first round of the 2010 NFL draft.

Career in the National Football League

Iupati played the often unrewarded yet crucial position of offensive guard for the San Francisco 49ers from 2010 to 2014 before relocating to Arizona to play with the Cardinals from 2015 to 2018. Eventually Mike signed with the Seattle Seahawks to finish out the last couple years of his NFL career as he played guard for the potent Seahawks offense from 2019 to 2020.

Injuries may have Ended his NFL Career

During the 2020 – 2021 NFL season with the Seattle Seahawks Mike endured a number of various injuries including ailments to his back, neck, and knee. Iupati was only available to start for as well as play in 10 games for the Seahawks due to his injury riddled last year in the National Football League.

Not to mention Seattle’s superstar quarterback, Russell Wilson, was receiving a whole lot of abuse last season as his offensive line was plagued by injuries and inexperienced lineman that were unable to effectively protect the Seattle Seahawks’ captain and their most important player in Wilson. Now that Iupati has decided to retire from playing in the National Football League Seattle will mostly be focused on rebuilding their depleted offensive line prior to the upcoming 2021 – 2022 NFL season. 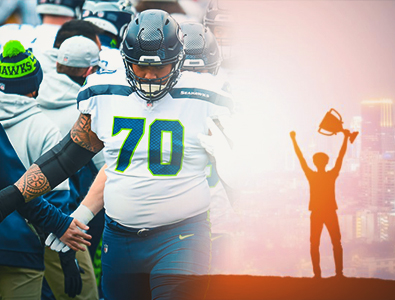 According to Intertops sportsbook these are the odds to win Super Bowl LVI as of Thursday, February 25th, 2021.