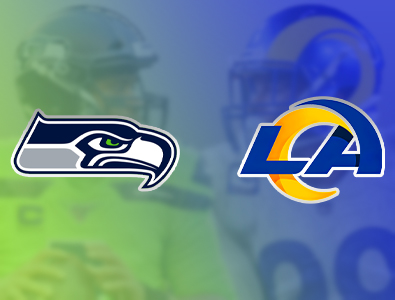 Now that the 2020 – 2021 NFL regular season has wrapped up it is now time to start looking at and analyzing the wild card round of the 2020 – 2021 NFL playoffs. The Kansas City Chiefs and the Green Bay Packers have earned a bye for the first round of the NFL postseason, and the other 12 teams will all play on either Saturday, January 9th, 2021 or Sunday, January 10th, 2021. This is a preview and analysis of the highly anticipated NFL wild card playoff game between the Los Angeles Rams and the Seattle Seahawks.

The Los Angeles Rams overall had a pretty good regular season as they went 10 and 6, and they play in arguably the toughest division in the National Football League being the NFC West. They feature an outstanding defense led by an unblockable force on the defensive line in their All Pro defensive tackle Aaron Donald and their shut down cornerback Jalen Ramsey. The Rams defense ranks in the top three in the NFL in yards allowed per rush and total quarterback rating. In other words, they can stop the run as well as drastically slow down their opponents passing attack.

A major point of concern for the Los Angeles Rams is if they will have their starting quarterback Jared Goff available as he is recovering from surgery on a broken finger. Even if he is able to go against the Seattle Seahawks this Sunday it will be interesting to see if he plays up to his potential as he has struggled this season even when healthy. His touchdown pass to interception ratio ranks in the bottom third of the NFL. Goff better watch out for Jamal Adams blitzing from the safety position as well. Adams has set an NFL record for the most sacks in a season by a defensive back.

The Seattle Seahawks went 12 and 4 this season, and they are amongst the top teams in the NFL as many people believe they have a good chance to make it to the Super Bowl this year. They started the season going 5 and 0 before cooling off midseason, but they got hot again at the end of the year by finishing off their regular season by winning 5 of their last 6 games. The Seahawks where great at home too with a record of 7 and 1 at Lumen Field in a season where there was a high in road wins due to the minimalization of home field advantage resulting from no or limited fans due to Covid – 19 safety protocols.

There is no question about it that the Seattle Seahawks have one of the best receiving corps in the National Football League. Their explosive and high flying offense revolves around the Seahawks extremely talented wide receivers in D. K. Metcalf, Tyler Lockett, and David Moore. One factor to look for is if Russell Wilson plays outstanding and mistake free football, or if he gets pressured and harassed by the excellent front of the Los Angeles Rams defensive unit. The Seattle Seahawks tend to lose games in which Wilson happens to turn the ball over especially when Russell has multiple turnovers in a single contest.

These two teams are divisional rivals who play each other two times each and every NFL regular season. During the 2020 – 2021 season of the National Football League these two teams both won a game and lost a game against each other. In week 10 of the NFL the Los Angeles Rams defeated the Seattle Seahawks by getting after Wilson causing him to throw two interceptions as well as fumbling once too. In week 16 of the NFL the Seattle Seahawks beat the Los Angeles Rams 20 to 9. Wilson didn’t record a single turnover in that game, and the Seahawks defense shut down the Rams offense holding them to only three field goals. I believe this will be a good game, but the Seattle Seahawks should end up winning by a touchdown. 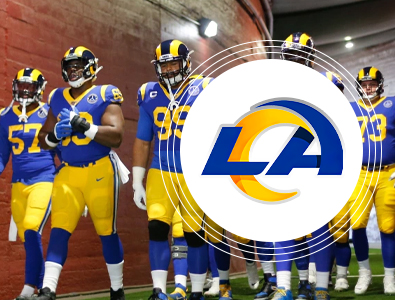 These are the current odds according to Bovada sportsbook as of Wednesday, January 6th, 2021.