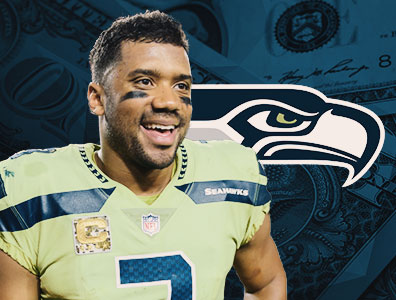 Russell Wilson gave the Seattle Seahawks an ultimatum to have him signed to a new contract extension by 4/15/2019, and the two sides came to an agreement that makes Wilson the highest paid quarterback in the NFL. The contract extension is a 4-year $140 million deal that includes a $65 million signing bonus. Reportedly there is a no trade clause in Wilson’s new deal, which will keep Russell as the quarterback of the Seattle Seahawks through the 2023 season.

The Seattle Seahawks made a very smart decision as good NFL caliber quarterbacks do not grow on trees. If the Seahawks organization was unable or unwilling to pay him the kind of money he wanted I am sure another NFL franchise would.

“In addition to topping Packers quarterback Aaron Rodgers' contract as the richest ever with a new-money annual average of $35 million per season, Wilson's signing bonus also sets a record. Rodgers was first in both categories at $33.5 million and $57.5 million, respectively, on the extension he signed last summer.”

“Wilson, without specifying terms, said he had reached a deal in a video he posted to Twitter about 45 minutes after the passing of the midnight deadline that his side had set for an extension.”

Russell had this to say, "Hey Seattle, we got a deal," a sleepy-sounding Wilson says while lying in bed next to his wife, Ciara. "Go Hawks. But I'ma see y'all in the morning. Time for y'all to go to bed."

His Agent Went the Distance for Wilson

“The deal was apparently finished after four days of negotiations between the Seahawks and Wilson's agent, Mark Rodgers, who arrived at the team's headquarters Friday.”

“It keeps Wilson, a five-time Pro Bowler and the quarterback of the only Super Bowl-winning team in Seahawks history, under contract through his age-35 season. And it avoids the messy route of Wilson going year-to-year on the franchise tag, which would have paved the way for an eventual divorce.”

"At the end of the day, my guy wants to live, work, thrive in Seattle," Rodgers said Tuesday. "Loves this town and its fans. He compromised to stay here. I respect that." 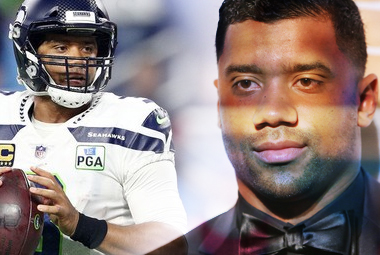 “Wilson was set to make $17 million in 2019, the final season of the four-year, $87.6 million extension he signed in the summer of 2015. His side had given the Seahawks a deadline of midnight Monday for a new contract and, according to Schefter, did not intend to revisit negotiations this year if there wasn't a deal by that point.”

“Wilson had said at the end of last season that he would be comfortable going into the final year of his current deal if needed.”

"Oh yeah, if that's what I've got to do," Wilson said. "It's business and everything. I know essentially after the season, I could potentially be a free agent, that kind of thing. I don't think that way. I see myself being in Seattle. I love Seattle, and it's a special place for me."

Russell Wilson has a career passer rating of 100.3, which is a pretty solid number for an NFL quarterback. He has thrown 196 touchdowns to his 63 interceptions during his great career. His completion percentage is 64.2 %, and he has passed for 25,624 yards during his career. He has also accumulated 3,651 rushing yards with 16 rushing touchdowns over his illustrious career.

Russell Wilson was a multisport athlete in his high school and college days as he was a baseball star as well. He was selected by the Baltimore Orioles in the 2007 MLB draft, but turned that down to attend a college university as he valued an education. He was also selected by the Colorado Rockies in the 2010 MLB draft, and has some experience playing minor league baseball, but his love for football and being a quarterback overruled his professional baseball aspirations. I believe he made the right decision to focus on his football career as he is now the highest paid quarterback in the NFL.