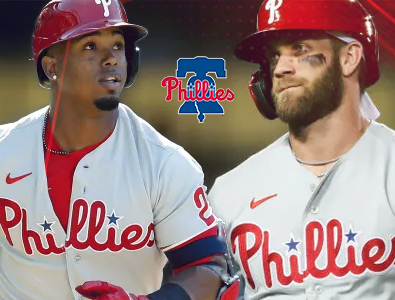 During the fourth inning of Tuesday night’s loss to the Los Angeles Dodgers, the Philadelphia Phillies’ veteran former National League MVP right fielder, Bryce Harper, had to leave the game with lower back tightness following a hard swinging strikeout. The six – time MLB All – Star in Harper is listed as day – to – day as he deals with this recent minor back injury. The good news about this issue is that their best player is not expected to miss very much game time due to this little setback.

Then later on the Philadelphia Phillies’ veteran 2 – time MLB All – Star second baseman, Jean Segura, was also forced to exit the ball game early as he appeared to have injured himself badly while crossing first base on a ground ball he hit in the ninth inning of this match – up against the Los Angeles Dodgers. After undergoing testing by the Philadelphia Phillies medical staff, they diagnosed Segura with a Grade 1 left groin strain. Right now, Jean is expected to miss approximately the upcoming three weeks of big – league baseball for the Philadelphia Phillies in order to recover from this devastating injury. 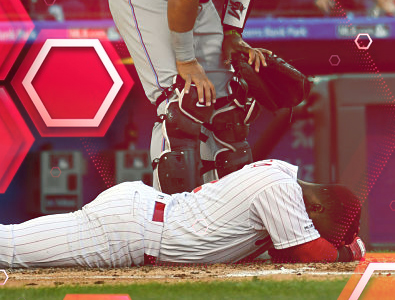 According to the analysts at ESPN, “Segura is batting .332 with three home runs and 20 RBIs and had been particularly hot of late with three consecutive three-hit games before the Phillies started a three-game series at Los Angeles on Monday. Harper is hitting .274 with eight home runs and 18 RBIs, with a three-hit game Saturday at home against the New York Yankees, while collecting two hits and the Phillies' only RBI in Monday's 3-1 defeat to the Dodgers.”

According to Bovada sportsbook below are the odds to win the MLB 2021 World Series as of Friday, June 18th, 2021. Currently the Philadelphia Phillies have the 19th highest odds to win it all for this exciting 162 game regular season of Major League Baseball in addition to the 2021 MLB playoffs.