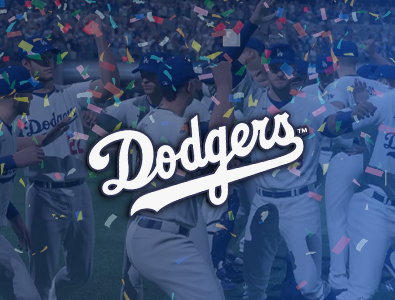 Dramatic Game 6 of the World Series

As the Tampa Bay Rays desperately held on to the hopes of forcing a decisive game 7 of the 2020 World Series, they sent out to the mound their ace starting pitcher in Blake Snell. The Los Angeles Dodgers started a much less recognizable right hander in Tony Gonsolin.

The Rays best offensive weapon throughout the playoffs was by far their rookie Randy Arozarena. He stole the show during the Rays historic 2020 postseason run by collecting major MLB records including most single season playoff home runs, hits, and total bases. Arozarena set the tone for the exciting game 6 of the World Series by homering to right field in the top of the 1st inning to make it a 1 to 0 game, and that score stood all the way until the bottom of the 6th inning.

While Gonsolin only lasted to record five outs until the Los Angeles Dodgers and their manager, Dave Roberts, decided to dip into their bullpen, Snell was pitching one hell of a game for the Tampa Bay Rays. The turning point in this highly contested contest occurred in the 6th frame when Rays manager Kevin Cash made a very controversial move by taking the ball from Snell in favor of their relievers with one on and one out in the inning. The Dodgers were bringing the top of their star studded line up to the plate for the third time of the game as well.

Mookie Betts hit a clutch double, Austin Barnes came around to score on a wild pitch, followed up by Betts sliding in safely to home on a grounder to the right side of the field. Betts followed that up by hitting an extremely important insurance home run in the bottom of the 8th. The Los Angeles Dodgers relied upon the strong left arm of Julio Urias to close out the Tampa Bay Rays with a final score of 3 to 1 in game six in order to win the 2020 World Series. This miraculous MLB title came only 16 days after the Los Angeles Lakers had won the 2019 – 2020 NBA championship.

Due to shortened 2020 Major League Baseball season the road to the World Series was even longer than in the previous years. In the rich tradition and history of the MLB there are generally a lot less teams that make it to the postseason each year. This season a total of 16 of the 30 franchises landed a spot in the greatly expanded playoff landscape.

On the way to winning the World Series the Los Angeles Dodgers first had to beat the San Diego Padres in a best of three game series in which LA swept San Diego. Then the Dodgers faced the red hot Atlanta Braves who got up to an early 3 games to 1 lead on Los Angeles only to blow their big advantage in that series by losing game 5, game 6, and game 7. After deep runs in the postseason over the course of the last several years without winning a World Series the Los Angeles Dodgers. 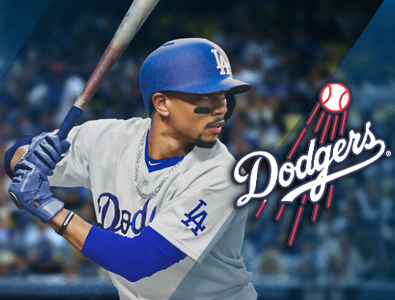 Corey Seager was appropriately named the Most Valuable Player of the 2020 World Series. In his case he also had the extremely rare occasion where he doubled up this postseason by winning the National League Championship Series MVP award as well as the World Series MVP. Coincidentally Orel Hershiser accomplished the same achievement the last time the Los Angeles Dodgers won the World Series back in 1988.

Seager finished his World Series run with incredible numbers. He batted .400 in the fall classic while hitting 2 home runs, 5 runs batted in, and getting base via the walk 6 times. His best RBI of the World Series came when he drove in the go ahead run (Betts) in the bottom of the sixth inning during the historic and clinching game 6. Not to mention his defense especially in key moments was impeccable.

Clayton Kershaw is known around the professional baseball community as one of the greatest regular season starting pitchers of all time, and he has the numbers and statistics to back that statement up. Over the course of his illustrious as well as decorated 13 seasons pitching for the Los Angeles Dodgers, he has a regular season ERA of 2.43 over 2333.0 innings pitched. He has thrown a record of 175 and 76 in the big leagues. The left with a nasty Uncle Charlie has also recorded 2526 strike outs compared to his 585 walks.

The only major criticism of Clayton Kershaw’s amazing big league career has been his meltdowns in the MLB playoffs also known as choking or not being able to win in high pressure situations. #22’s postseason pitching numbers and statistics also demonstrate and appear to most people maybe up until this crazy 2020 MLB season to be absolutely true.

Kershaw’s MLB postseason ERA is 4.19, and his overall record in the playoffs is 13 and 12. He has He has punched out 207 hitters while giving up 50 base on balls. He has also been known to pitch very well through a postseason start up until around the 6th inning, and then give up runs to relinquish the lead resulting in costing the Los Angeles Dodgers valuable playoff wins. By Kershaw beating the Tampa Bay Rays in the 2020 MLB World Series he can now add World Series champion to his outstanding MLB resume, and for his sake and reputation quiet some of the haters and doubters out there rooting against Kershaw. 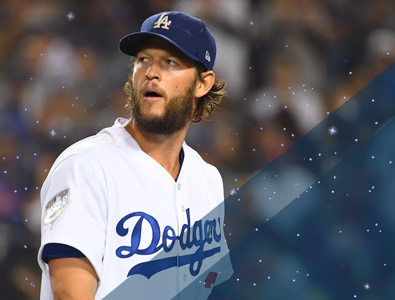 "We've heard it a lot, and we've seen a lot of highlights, and it's fantastic," the manager of the Los Angeles Dodgers, Dave Roberts, emotionally exclaimed. "But we wanna make our own mark on Dodgers history."

"That's things you think about when you're a kid," the Los Angeles Dodgers shortstop as well as the 2020 World Series MVP, Corey Seager, said. "You wonder what it's like, you strive to hear that and do it with this team and this group, and it couldn't be any more special."

"The most difficult thing professionally during the quarantine period was the periods of time when I felt like we would never get a chance to watch this team play," President of Baseball Operations of the Los Angeles Dodgers, Andrew Friedman, stated. "That was extremely difficult."

"We showed up and out-talented everybody every day, and it was easy," the Dodgers pitcher Alex Wood explained. "We never had much of a challenge in the regular season or the first two rounds, and then you get punched in the face, go down 2-0, and it's like, 'Whoa, what just happened?' We had just been out-talenting everyone the whole, entire season, and we didn't really know what we were made of, who we were, truly, as a team."

"There's been a lot of times where we've sat as a group, we've sat in front of you guys [the media], and we've talked internally and to you guys about, 'Oh, this is the best team we've ever played on,'" says the LA Dodgers infielder Enrique Hernandez. "This season, I think, we can all agree that this is the best team we've seen since we've been here."

"This year has been crazy, obviously, but no matter what, we'll look back on this, and we're World Series champs," Dodgers Ace Clayton Kershaw proclaimed. "And to get to say that and be a part of it, it's so special, no matter what. You know, the only thing that maybe would've made it better is if we were at Dodger Stadium tonight to get to do it, which is a bummer to not, but there were so many Dodgers fans at this place tonight. This place was all Dodger fans the whole time."

"I'm not exactly sure why," Mookie Betts replied when asked about the Tampa Bay Rays deciding to pull Blake Snell in game 6. "I'm not going to ask any questions. He was pitching a great game.''

What a year. What a season. What a team.

"It was absolutely phenomenal. This team was incredible,'' Seager reiterated. "We never stopped. We were ready to go as soon as the bell was called. Once it did, we kept rolling. You can't say enough about what we did this season.''

"I just came to be a part of it. I'm just happy I could contribute," says Betts.

"This is our year!'' Roberts shouted with raw emotion.

"It's not easy to be manager,'' Kershaw explained. "There are so many behind-the-scenes people who put us in position to succeed, and he's at the top of that food chain.''

"I've been saying, 'World Series champs,' in my head, over and over again, just to see if it will sink in," Kershaw pronounced. "I'm just so very thankful to be a part of this group of guys, and so very thankful that we get to be on the team that is bringing back a World Series to the Dodgers fans after 32 years. They've waited a long time, and to get to do that ... you couldn't ask for anything more. It's incredible."

"Man can we PLEASE have a parade!!!" Los Angeles Lakers star LeBron James posted on Twitter. "I know I know we can't but DAMN I wanna celebrate with our @Lakers & @Dodgers fans!!! LA is the city of CHAMPIONS"