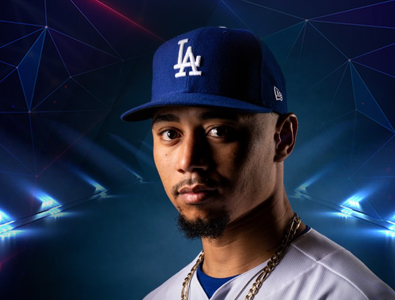 The Los Angeles Dodgers and their recently signed free agent superstar right fielder, Mookie Betts, have agreed upon an unbelievable contract extension for 12 years, and it is worth up to $365 million. Previous to this contract extension Betts was only signed with the Dodgers for 1 year $27 million.

The new 12-year deal valued at $365 million in addition to the 1 year $27 million previous contract combines for Betts having a 13 year $392 million agreement with the LA Dodgers. The contract extension includes a $65 million signing bonus which is the most ever in the history of Major League Baseball.

This is also the record for the largest contractual extension in the history of the MLB as it surpassed Mike Trout’s last extension with the Los Angeles Angels that was worth up to $360 million. Betts’ average annual salary will now amount to $30,416,667, and he will now become an unrestricted free agent once again in 2033. 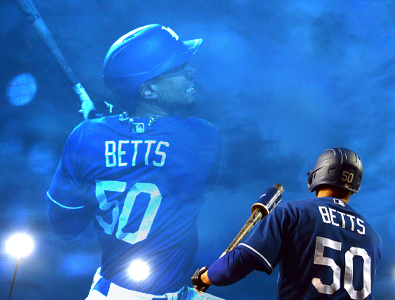 Career in the Major Leagues

Throughout his 6-year career in the big leagues with the Boston Red Sox, Betts has exceeded expectations, and he has become one of the premier players in Major League Baseball. His career batting average is .301 while he has racked up 139 home runs, 470 runs batted in, and 126 stolen bases.

Mookie led the Boston Red Sox to a World Series championship by defeated his current team in the Los Angeles Dodgers in the 2018 MLB World Series. He was named the American League MVP in 2018 as well. Betts was selected to Major League Baseball’s All Star team 4 times (2016, 2017, 2018, 2019).

Mookie can hit for average as well as power, he can field like a mad man, and he runs the bases well. His contribution to the Los Angeles Dodgers should be quite substantial over the course of this record setting contract extension. I believe that he just may be the final piece to put the Los Angeles Dodgers over the top in order to win their first MLB World Series since 1988.

Additionally, Betts was the top player on the Boston Red Sox roster from 2015 to 2019. Mookie helped the Red Sox make it to the Major League Baseball postseason 3 out his 6 seasons he was there, and he helped them win the MLB World Series in 2018. 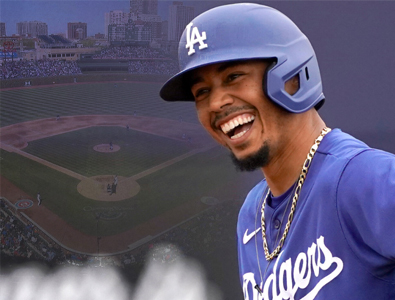 "I just love being here,'' Betts relayed during a videoconference call from Dodger Stadium in Los Angeles where he made his LA Dodgers debut Thursday against the San Francisco Giants. "I love everything about here. I'm here to win some rings and bring championships back to LA. That's all I'm focused on."

"It was something we really wanted to do ... We were hopeful that he'd get here, fall in love with it, go out there and win a bunch of games," explained the Los Angeles Dodgers president of baseball operations, Andrew Friedman.

"Our desire to get something done didn't change at all,'' he expressed. "It helps when both sides are coming at it from a standpoint of wanting to get a deal done.''

"I'm excited for him,'' says superstar outfielder and American League MVP Mike Trout. "We kind of went through the same situation. I was laughing because of the physical he probably had to take -- because mine lasted about 10 hours. Being so close to him now, it's pretty cool to have him out here. Southern California is great.''