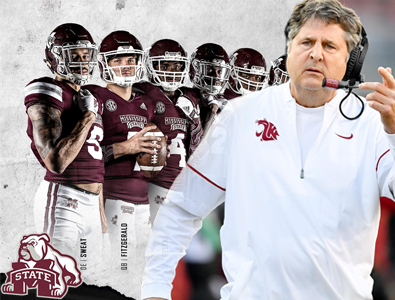 The Mississippi State University Bulldogs have agreed to terms with their next head coach of their NCAA football team. They decided to hire Mike Leach as they sign him to a four year contract that is valued at $5 million each year of the deal.

Leach becomes the 34th head coach of their football squad, and his past success makes me believe he should have fairly good success as well as in the SEC for the first time in his head coaching career. This new position will consist of challenges that include matching up with opposing head coaches such as Nick Saban of the Alabama Crimson Tide, Ed Orgeron of the Louisiana State Tigers, Jimbo Fisher of Texas A&M, and Gus Malzahn of Auburn University.

The outspoken coach has previously been the head coach of the Washington State Cougars from 2012 to 2019, and prior to that he was the head coach of the Texas Tech Red Raiders from 2000 to 2009. His overall record is 139 and 90 (.607) as well as 7 and 8 in NCAA bowl games (.467) as a head coach. He is yet to make an attempt in coaching at the NFL level yet, but I think he is much better suited for the college game.

While head coaching in the NCAA Leach has won both a Pac 10 North Division championship and a Big 12 South Division title. His primary focus has generally been on the offensive side of the ball as he has been the offensive coordinator / quarterback coach of the Oklahoma Sooners (1999) and the Kentucky Wildcats (1997 – 1998).

"All those guys, I know," Leach stated. "This conference is loaded with quality coaches. That's what makes it exciting."

Leach said about the loaded Pac-12, "I like playing against crummy coaches better."

"I've always wanted a quality place where people are committed to winning," says Leach. "Just to be perfectly honest, the recruiting base here is hard to resist."