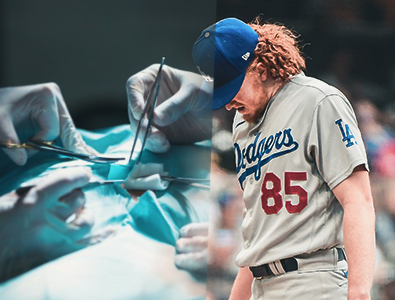 On Saturday, May 1st, 2021 the Los Angeles Dodgers young quality starting pitcher, Dustin May, left the ball game against the Milwaukee Brewers that he started after only throwing 27 pitches after he experienced a shooting pain sensation run through his arm following a curveball he threw. The Los Angeles Dodgers eventually ended up losing that game to the Milwaukee Brewers in 11 innings with a final score of 6 to 5, but that was the least of the Los Angeles Dodgers’ concerns as one of the pitchers in their starting rotation would be lost for at least the foreseeable future.

On Monday, May 3rd, 2021 the 23 – year – old Los Angeles Dodgers’ right – handed starting pitcher, May, underwent an MRI on his injured right arm. The MRI revealed that Dustin suffered a damaged ulnar collateral ligament in his pitching (right) arm, and that he will require Tommy John surgery to repair the torn ulnar collateral ligament in his right arm. Unfortunately, for the Los Angeles Dodgers as well as Dustin he will have to miss the remainder of the 2021 Major League Baseball season and most likely a significant portion of the 2022 MLB season in order to have the Tommy John surgery, recover from it, and then rehabilitate his throwing arm prior to seeing anymore game action. 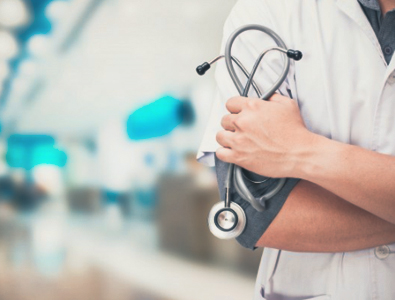 May’s Tommy John surgery is now scheduled for Tuesday, May 11th, 2021 in Los Angeles, California. The operation will be performed by Dr. Neal ElAttrache. The recovery timetable for this surgical procedure usually falls somewhere between 12 and 16 months, a prognosis that could possibly have Dustin back for the stretch run of the 2022 MLB regular season. May is currently not scheduled to hit Major League Baseball’s free agency market until after the conclusion of the 2026 MLB season during the 2026 – 2027 MLB offseason.

Dustin now joins a plethora of the Los Angeles Dodgers’ pitching staff on the MLB’s injured list that currently includes Caleb Ferguson who is out from left elbow surgery, Tony Gonsolin who is dealing with right shoulder inflammation at the moment, Brusdar Graterol who is sidelined from right forearm tightness, Tommy Kahnle who also was lost to Tommy John surgery, Joe Kelly who is out with shoulder inflammation, Corey Knebel on the disabled list due to a right lat strain, and David Price who is out with a right hamstring strain. Price now is mostly featured out of the Los Angeles Dodger’s bullpen as a relief pitcher.

The Starting Pitching Rotation of the Los Angeles Dodgers

The Los Angeles Dodgers began the 2021 Major League Baseball season with a surplus of high – caliber superstar pitchers in their starting rotation, but they have found themselves with only four healthy starters at the moment. Luckily for the LA Dodgers these are four extremely outstanding pitchers in the MLB landscape right now.

Players like their ace starting pitcher Clayton Kershaw, the reliable veteran Walker Buehler, the young and explosive Trevor Bauer, as well as the former relief pitcher turned starting pitcher Julio Urias are all that the Dodgers have right now to start a ball game with from the mound. Look for the Los Angeles Dodgers to once again use their big and deep pockets to pick up several other pitchers to join their depleted inventory of baseball hurlers.

Current MLB Standings as of Tuesday, May 4th, 2021

According to Intertops sportsbook, below are the odds to win the MLB 2021 World Series as of Tuesday, May 4th, 2021. Currently the Los Angeles Dodgers have the highest odds to win it all for this exciting 162 game regular season of Major League Baseball in addition to the 2021 MLB playoffs. 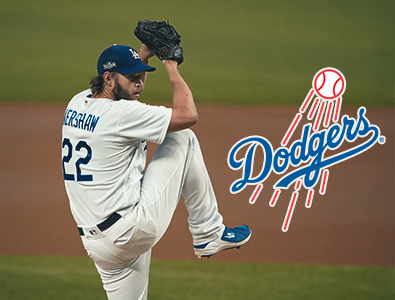