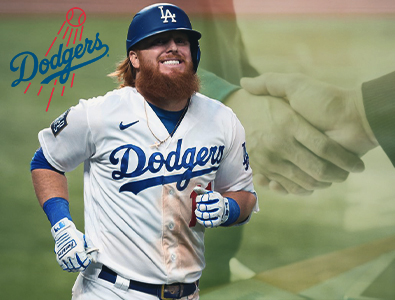 On Saturday, February 13th, 2021 the Los Angeles Dodgers resigned on of the biggest pieces of their 2020 World Series championship team. The Los Angeles Dodgers have agreed upon terms on a two year contract valued at approximately $34 million with their right handed slugging third baseman, Justin Turner. This was a huge deal for the reigning champs as they look to repeat this year.

This new two year deal worth around $34 million includes a signing bonus of $8 million. All $34 million of this agreement are fully guaranteed. Turner will average $17 million per season over the course of the upcoming two Major League Baseball seasons. There is a club option built in to the contract for the 2023 MLB campaign. Justin will become an unrestricted free agent prior to the 2024 Major League Baseball season.

Turner played his college baseball at California State University, Fullerton. He ended up signing with the Cincinnati Reds after they selected him in 7th round of the 2006 Major League Baseball draft with the 204th overall pick. After his time in the minor leagues Justin began his big league career with the Baltimore Orioles from 2009 to 2010.

Turner ended up with the New York Mets where he played infield for them from 2010 to 2013, but following his release from the New York Mets he signed as a free agent with the Los Angeles Dodgers in 2014. Justin propelled into an excellent ball player with the Dodgers, and his presence on the diamond became noticed immediately. 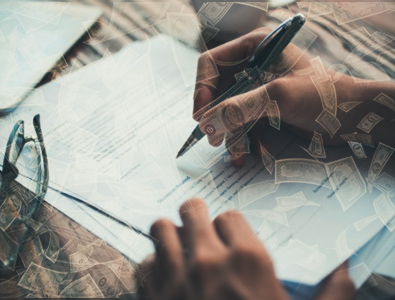 In Los Angles with the Dodgers, Justin Turner, became one of the premier third baseman in the National League who could do major damage with his lumber. Over the course of his Major League Baseball career Justin has batted .292, he has knocked 124 home runs, and he has drove in 495 runs (RBI’s). He helped lead the 2020 Los Angeles Dodgers to the World Series title, and now he is returning to try to attempt to add to that.