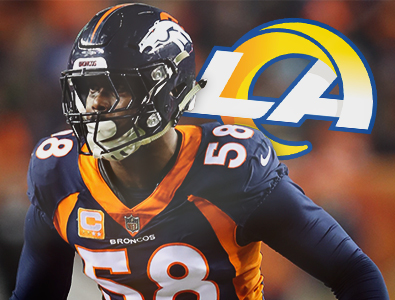 According to sources this deal also requires the Denver Broncos to pay $9 million of Miller’s $9.7 million base salary for the present 2021 – 2022 NFL season. This is great news for the Los Angeles Rams as the Denver Broncos will cover the majority of Von’s salary for this NFL regular season which is just about half way over as the Los Angeles Rams have 9 regular season games remaining this year.

Von Miller’s Reaction to the Trade

Miller seemed to be blindsided by this trade, and he was extremely broken up as he was interviewed in the back seat of a SUV as he left the Denver Broncos’ practice facility on Monday, November 1st, 2021. Below are some of Miller’s extremely emotional comments to the sports media world just after he found out the news that he was traded from his beloved Denver Broncos to the Los Angeles Rams on Monday.

Miller goes on to say, "Always have Super Bowl 50 -- seeing the pictures when I was walking out made me tear up. We always got Super Bowl 50, always got Broncos Country and got to keep going. When I said, 'Broncos for life,' I meant that -- it will always be in my heart. It was an honor and privilege to play here. John Elway picked me and it was life-changing." 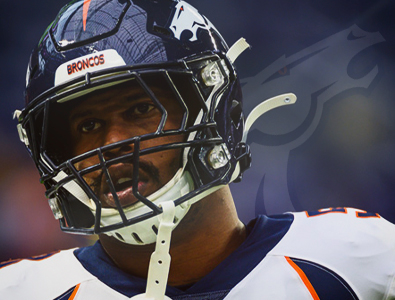 Von is joining a Los Angeles rams team that has compiled an overall record of 7 and 1 throughout the 2021 – 2022 season of the National Football League. Miller will also immediately connect with unbelievable defensive players on his new squad including Aaron Donald, Jalen Ramsey, and Leonard Floyd.

The Landscape of the Highly – Contested NFC

I know it is a little bit too early to tell, but the Los Angeles Rams look like one of the best teams in the NFC if not the best team in the NFC along with other offensive powerhouse NFL franchises in the NFC such as the Green Bay Packers, the Arizona Cardinals, the Dallas Cowboys and of course the defending Super Bowl LV champion Tampa Bay Buccaneers led by Tom Brady at quarterback.

For all you sports bettors out there look to see the how the Los Angeles Rams match – up against their remaining 2021 – 2022 NFL regular season opponents as they should be covering spreads throughout the rest of this year’s regular season and even early on in the 2021 – 2022 NFL postseason. The Los Angeles Rams may also be in some games that one should consider for the over like their November 28th, 2021 game versus the Green Bay Packers, their December 13th, 2021 contest vs. the Arizona Cardinals, and the following week when the LA Rams play the Seattle Seahawks on December 19th, 2021.