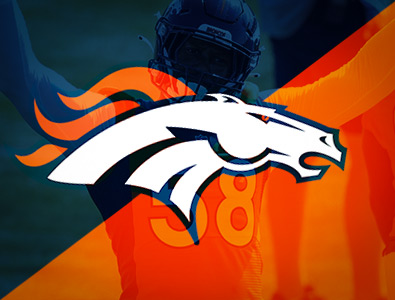 On Thursday, October 21st, 2021 the Denver Broncos’ pass rushing specialist and veteran starting outside linebacker, Von Miller, had to leave the Denver Broncos’ Thursday Night Football game against the Cleveland Browns with a left ankle injury. Miller is confident that his hurt ankle is not severe, and that he will be able to play next week when the Denver Broncos face - off versus the Washington Football Team on Halloween.

Miller just so happens to be an 8 - time invitee to the NFL Pro Bowl, left the Denver Broncos 17 to 14 loss to the Cleveland Browns just prior to halftime due to a left ankle injury. Unfortunately, this was same ankle Von hurt badly right before the start of the 2020 – 2021 NFL regular season which caused Miller to miss the entire year of football activities in order to recover from that setback in his otherwise stellar career in the National Football League.

Von could be witnessed pounding the turf in pain, frustration, and outright disbelief as the Denver Broncos’ medical staff came out to meet him on the field last Thursday night, but prior to the end of that Thursday Night Football game from First Energy Field located in Cleveland, Ohio Miller might have possibly got some good news from the Denver Broncos.

Von explained to the sports media world that his current X - rays came out negative, and Miller demonstratively expressed that he was "confident'' he would be able to participate in the Denver Broncos next upcoming game on October 31st, 2021 against the struggling 2 and 4 Washington Football Team. Miller as well as the Denver Broncos confirmed that Von will undergo an MRI on Friday, October 22nd, 2021 in the morning in order to make sure his ankle is not severely damaged internally from Thursday night’s game vs. the Cleveland Browns.

With only 1 minute and 2 seconds remaining in the first half of TNF’s contest, Von collided with the Denver Broncos’ defensive end, Dre'Mont Jones, on the opposite side of the gridiron from the Cleveland Browns’ quarterback Case Keenum's completion out to Rashard Higgins which was good for a 2 - yard loss. Miller briefly and hesitantly stayed down on the field immediately following that play, and then he was able to get to one knee as he pounded the field with his fist in frustration.

He slowly and gingerly limped over to the Denver Broncos' team sideline while Miller was examined in the blue injury tent before heading to the Denver Broncos’ visiting locker room. Von did not return to the football game in which he had recorded 2 total tackles, 1 solo tackle, and one quarterback hit. The Cleveland Browns led the Denver Broncos with a score of 10 to 0 heading into halftime on Thursday night.

Von was forced to miss the entire 2020 – 2021 NFL season because of a left ankle injury that eventually required surgery. That left ankle surgery was to repair a damaged tendon on the outside of his left foot. Miller expressed to the media that this most recent injury to his left ankle was a sprain on the inside of his left foot so hopefully for him and the Denver Broncos these injuries are not related.

Von has been extremely vocal over the course of the last week as Miller talked a whole lot of shit in order to try and amp - up his team after they lost last week to the Las Vegas Raiders (week 6). Von has been urging each and every one of his teammates "to farm their own land'' as opposed to worrying about what others on the team could be doing better. Ultimately, Miller was attempting to take some much - needed pressure off of his Denver Broncos comrades by offering some sort of a guarantee, stating that if he had at least 2 sacks the Denver Broncos would win the football game amongst other things he said sprinkled in with emotional and heart – felt expletives.

The 32 – year – old outside linebacker out of Texas A & M University has yet to play a full NFL regular season of 16 games in a year’s time since back in 2018. He played in 15 contests in 2019, and Von was named to his 8th and most recent NFL Pro Bowl that season. When he uncharacteristically missed that week 13 game during the 2019 – 2020 NFL season it marked just the first real game that Miller had missed since the 2013 season finale when he tore his ACL and was severely injured.

Von was the Super Bowl 50 MVP, and Miller is the Denver Broncos' longest - tenured player at the moment. He loves football, his Denver Broncos, and I hope he gets to go out and tear it up this weekend against the shitty Washington Football Team. By the way Washington (Redskins) pick a real team name already! 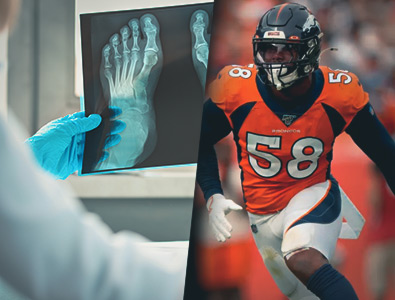 "Right when it happened, right when it happened, I felt it, said a quick prayer,'' the Denver Broncos’ starting veteran outside linebacker, Von Miller proclaimed. "I didn't want to put any pressure on it at first. Took it slow, walked to the tent. ... They tested it in all directions, it was good. I asked them if I could run, they said no. ... But I feel like I dodged a bullet.''

"My pride is hurt more than anything,'' Miller goes on to say. "I talked a lot of shit before this game. ... I made it personal. I wanted that animosity, I wanted it to be this game, I wanted to win.''