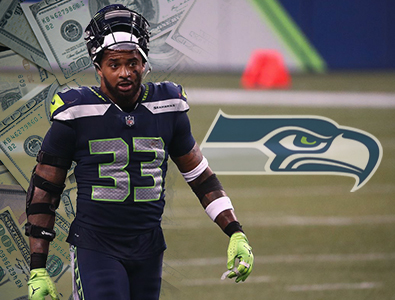 On Tuesday, August 17th, 2021 the Seattle Seahawks announced that they have finally agreed upon terms and have signed their young, aggressive, and high – talented safety, Jamal Adams, to a 4 – year contract extension worth up to approximately $72 million with incentives. This deal was completed several weeks into training camp in which Adams was previously holding out of until the conditions of this new contract were agreed to by both Jamal and the Seattle Seahawks.

The contract extension that Adams just signed is a 4 – year deal for $70 million, and it includes $2 million of incentives for Jamal to attempt to achieve that max this contract out at 4 – years and $72 million. The details of those incentives have not yet been disclosed to the general public. Adams is now the highest paid safety in the National Football League. The extension involves $38 million in total guaranteed money. $21 million is due to Jamal at the time of the contract signing, and another $14 million guarantees 5 days after the 2022 Super Bowl which will be played at SoFi Stadium located in Inglewood, California which is the home stadium of both the Los Angeles Rams and the Los Angeles Chargers.

The opening game of the 2021 – 2022 NFL season will be played on Thursday Night Football by the Tampa Bay Buccaneers hosting the Dallas Cowboys from Raymond James Stadium located in Tampa, Florida. This game will be nationally broadcasted on Thursday, September 9th, 2021 on NBC at 7:20 p. m. (Central Time). It is always customary in the National Football League for the defending Super Bowl champions to host the first NFL game the following season after securing an NFL title earlier that year. 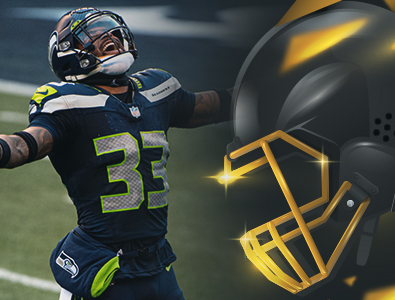 The 6 – foot 1 – inch and 214 – pound strong safety was born on October 17th, 1995 in Lewisville, Texas. Jamal attended Hebron High School (HHS) located in Carrollton, Texas where he excelled at football high school football under those famous Friday night lights. Following his high school graduation Adams decided to enroll at Louisiana State University in order to play his NCAA college football career there with the LSU Tigers.

Jamal has been playing his ass off for the Seattle Seahawks since his arrival there prior to the 2020 – 2021 season of the National Football League even playing hurt at times. The new contract extension between Adams and the Seattle Seahawks was a fair and solid deal for both sides of the agreement. Jamal will now be training hard with the Seattle Seahawks as his teammates as well as himself will be working hard towards winning a Super Bowl once again over the course of the upcoming several NFL seasons.

“Obviously, it was tough to come out here and continue to watch and not be involved like I wanted to, but I understood the business, and we were working together the whole time. Don't believe anything out there -- everything was good. There's no relationship break. Hell no, man. I'm not Boo Boo the Fool. I wasn't not going to take the contract, so no. Where I'm from, we're definitely taking that. Mom called [after her text]. She called twice, and when mom called and she told me I needed to take the contract, it was a no - brainer. Momma knows best," Jamal Adams explained to the media following the announcement of his new contract extension.

"This was the plan the whole time, was to go after a great football player, get him in the program, pay what you've got to pay to get it done in terms of draft picks and then knowing that we were going to do a contract. It took a while to get it done, but it's over now,” the Seattle Seahawks head coach Pete Carroll stated. “What I don't know that our fans realized last year is how he played hurt, played one - armed for a number of games because his shoulder was bad. If you were at the stadium, you probably could see that more clearly. But the toughness that he demonstrated and the grit and all the beautiful aspects that he put forth, our fans I think will come to understand that and appreciate it.”