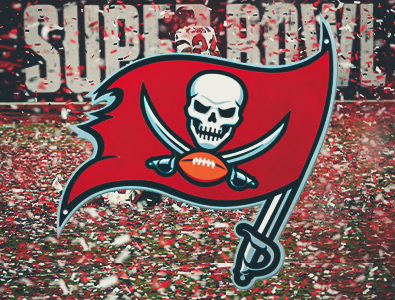 The MVP of Super Bowl LV

The starting quarterback of the Tampa Bay Buccaneers, Tom Brady, was honored with the Most Valuable Player Award of Super Bowl LV. The 43 year old gun slinger won the Super Bowl MVP for the 5th time in his historic and illustrious NFL career. Brady has now appeared in 10 Super Bowls, and he has won 7 of them at this point in time.

Tom completed 21 passes out of his 29 pass attempts for 201 yards as well as 3 touchdowns in last Sunday’s demoralizing victory against the Kansas City Chiefs in Super Bowl LV. This was Brady’s first NFL season with the Tampa Bay Buccaneers, and he has already taken them to the promise land as the Bucs are now Super Bowl champions once again.

The Kansas City Chiefs’ starting quarterback, Patrick Mahomes, is a magician running an offense as he can make amazing things happen with both his feet and his incredible arm. Although Mahomes was unbelievable last year in Super Bowl LIV against the San Francisco 49ers as he led the Kansas City Chiefs to their first Super Bowl victory in 50 years, Patrick had one of the worst games of his young and spectacular NFL career in Super Bowl LV last Sunday.

Throughout the big game Mahomes faced intense pressure from the Tampa Bay Buccaneers which caused him to struggle, make key mistakes, and never gain control over the game which he usually has no problem doing. Patrick Mahomes was sacked 3 times, he threw 2 costly interceptions, and he failed to lead the Kansas City Chiefs offense in to the end zone for even one touchdown over the course of Super Bowl LV. 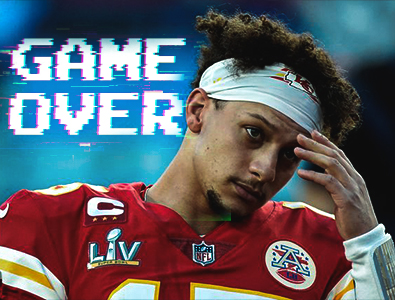 Devastating Mistakes made by the Chiefs

Besides a below average performance from the beat up Mahomes, there were other various key contributing factors that resulted in the Kansas City Chiefs getting blown out of Super Bowl LV. For instance, the Chiefs wide receivers dropped several huge passes, and some of them went right through their hands and into their face masks. Even Kansas City’s extremely reliable tight end Travis Kelce dropped balls that he never usually misses when Mahomes targets him on pass plays.

The Chiefs inability to run the ball also was very costly on the largest stage in the National Football League. Kansas City’s leading running back, Clyde Edwards – Helaire, was only able to rack up 64 yards on 9 carries and obviously 0 touchdowns. Their second leading rusher was Mahomes who carried 5 times for just 33 yards.

The Missouri team absolutely did not help their chances of winning the Super Bowl with careless mistakes such as penalties and poor use of time outs. The Chiefs were guilty of 11 penalties corresponding to 120 penalty yards throughout the game. They seemed to be out coached as the Kansas City Chiefs called controversial time outs especially just prior to half time which enabled the Tampa Bay Buccaneers to score a touchdown right before heading in to the locker room at the half way point of Super Bowl LV. The blame for that can be directly attributed to the Kansas City Chiefs’ head coach, Andy Reid, making poor time management decisions.

Overall, the Tampa Bay Buccaneers were the more physical team that seemed to want the victory much more than the Kansas City Chiefs did. Super Bowl LV was disappointing as well as not very entertaining to watch as a huge sports fan. Hopefully the Super Bowl next season will be much better as this one definitely did not live up to the hype and anticipation leading up to the big game. Congratulations to the Tampa Bay Buccaneers and Tom Brady as they handled their business just about as well as they could on the last Sunday of the 2020 – 2021 NFL season.