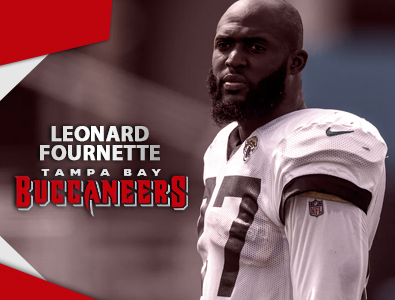 The Jacksonville Jaguars officially announced that they have released their superstar running back, Leonard Fournette. This struggling franchise in the National Football League cited Fournette’s on the field play as well as him not being the right fit for their offensive scheme moving forward as the contributing reasons for waiving the hard running and physical rusher prior to the start of the upcoming 2020 – 2021 NFL season.

Apparently, the Jacksonville Jaguars were trying to trade Fournette recently with very little to no success in terms of being about to acquire anything valuable in return for him. According to the head coach of the Jacksonville Jaguars they were not even able to get a decent draft pick in return for sending them Fournette. In fact, he said they were unable to even get a fourth, fifth, or even sixth round selection in an upcoming NFL draft.

Ups and Downs with the Jaguars

Leonard’s time with the Jacksonville Jaguars consisted of both a great deal of success and high production on the gridiron accompanied with several off the field negative incidents that have earned Fournette a somewhat shaky reputation. In his three seasons of service with the Jacksonville Jaguars Fournette has rushed for 2,631 yards and 17 touchdowns.

“According to ESPN Stats & Information data, Fournette's 666 rushes over the past three seasons is the fifth most in the NFL behind Ezekiel Elliott, Todd Gurley, Derrick Henry and Joe Mixon. Fournette became just the second rookie in franchise history to rush for more than 1,000 yards, and he followed up the 1,040 yards and nine touchdowns with 242 yards and a franchise-record four touchdowns in three postseason games. Fournette ranks fifth with 101.1 scrimmage yards per game (minimum 30 games) since 2017. Only Elliott, Christian McCaffrey, Gurley and Le'Veon Bell had more.”

On the flip side, Leonard has gotten himself into some trouble during his three years with the Jacksonville Jaguars. “The Jaguars had voided the guaranteed money in his contract after his suspension for fighting in 2018. Fournette had filed a grievance, and now that he has been waived, the grievance process will begin in earnest,” Michael DiRocco reports.

Fournette was suspended for one game during his rookie year due to leaving early during the bye week as well as skipping the team picture. He has been fined multiple times for being late to meetings or for not paying attention during them. Leonard also was heavily criticized for not completely learning the offense of the Jacksonville Jaguars. His former quarterback, Blake Bortles, occasionally had to align him in the correct formation or spot. Fournette was also arrested in April of 2019 for driving with a suspended license. 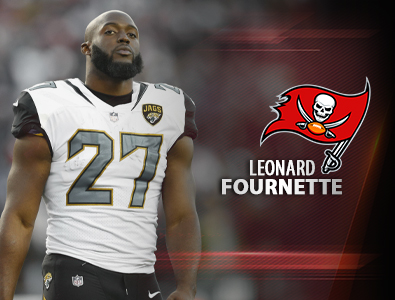 It did not take very long at all for the former Jacksonville Jaguars leading running back to find a new home. The Tampa Bay Buccaneers signed Fournette to a one year contract worth approximately $2 million on Wednesday, September 2nd, 2020. This new deal does not include any guaranteed money or a signing bonus, but the fresh agreement with the Tampa Bay Buccaneers does possess several unconfirmed incentives for play time, rush yards, etc. totaling somewhere near another $1.5 million in potential earnings.

Fournette joins a totally rebuilt team with the Tampa Bay Buccaneers who have been extremely busy making moves and new acquisitions throughout the course of this 2020 NFL offseason. They picked up notable players such as quarterback Tom Brady, tight end Rob Gronkowski, LeSean “Shady” McCoy, defensive lineman Ndamukong Suh, and linebacker Devin White who previously played with Fournette in college with the LSU Tigers. The head coach of the Tampa Bay Buccaneers mentioned that Ronald Jones will currently remain as their starting or premiere running back, but it is easy to see that “RoJo” will most likely be splitting carries with McCoy, Fournette, and possibly other backs on their roster.

Fournette thanked the Jacksonville Jaguars as well as their fans by tweeting: "We have been through some up and downs but y'all have had my back through it all. You have my deepest respect and appreciation."

"At the end of the day, we feel ... the skill sets of the guys that we have [can replace Fournette], and really that's what led to the decision," says the head coach of the Jacksonville Jaguars Doug Marrone. "And it's been something that we've done it with every single position we've been looking at. We've done cutups, we've done tapes, we've gone back, we've looked at everything, what we've tried to get done. So it's not just the running back position; it's all positions.

"And I wanted to make sure we had the best look of, hey, what's going on right now? That's the best indication of what we're going to be able to get when we start this season, and I just feel that was the best -- is what's best for our team."

"I remember when we was game-planning -- it was all about him," the Tampa Bay Buccaneers linebacker Devin White said. "You've gotta pick your poison with us. And before he came [to Tampa Bay], you still had to pick your poison, but I think he's a harder runner than the guys that we've got. I think we've got more elusive backs, and I feel like he's a more downhill runner. You've gotta respect him in the run game."

"It's his job if he wins it or loses it," head coach of the Tampa Bay Buccaneers Bruce Arians proclaimed. "He's already got it, so he's gonna have to screw it up. I don't see that happening." 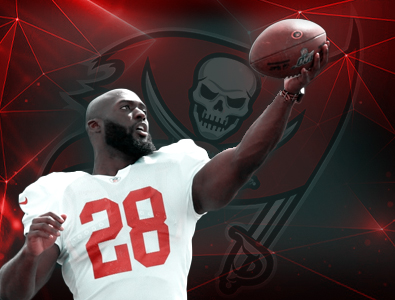 "Special-teams roles affect everything. If there's a fifth back that's a core special-teamer versus a linebacker or tight end that's not, then yeah, they're gonna be on the team but inactive on Sunday. We'll put all that together in the next 48 hours," says Arians.

"The people I trust gave him high, high marks in everything I care about," Arians stated regarding Fournette. "I can't say what's going on in Jacksonville, but all's I can say is, [with] what's happening in Tampa, he'll fit right in."

"When you can get a player of that caliber -- I got great reviews from people that know him and who have coached him -- he'll fit right in, and we'll see what role happens and how fast it can happen," says Arians. "But RoJo's our guy, Shady [McCoy] is ready for his role, so it's just gonna be building roles as we go along and having enough quality players to finish this thing."

Arians explained, "It's his job. Nothing's changed for him. We've just added a heck of a piece of insurance and [we'll] see what kind of role he can cut out. But RoJo -- it's his job if he wins it or loses it. He's already got it, so he's gonna have to screw it up. I don't see that happening."

"I think right away," Arians expressed. "He's a very bright player, and everything I've heard from the guys coaching him [is] he'll pick it up really quick. We're not gonna force him -- we don't have to force him -- so we'll just let him get it at his pace. If I know him, he'll be pretty fast-paced. So we'll try to get him up to speed as fast as we can and see if he can have a role for next week."

"Not afraid to give second chances,” Arians exclaimed. "The people I trust gave him high, high marks in everything I care about. I can't say what's going on in Jacksonville, but all's I can say is, [with] what's happening in Tampa, he'll fit right in."

"He different. He can play in any system. He catch the ball, he can run the ball, he can get in between the tackles, he can play in space -- we just getting a heck of a football player," says White. "He a workload. I remember when we was game-planning - it was all about him. They got great players -- D.J. Chark, a receiver who played for LSU plays for those guys -- but our whole game plan [was] if we stop this guy, we win the football game, we've gotta get him to do different stuff, get him uncomfortable, we've gotta rally to the ball."