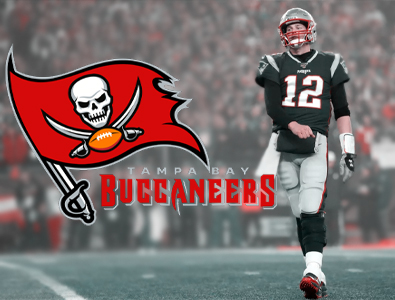 As of Saint Patrick’s Day on Tuesday, March 17th, 2020 Tom Brady publicly announced on social media that he was not going to be returning to the New England Patriots for the 2020 – 2021 NFL season. He has spent his entire twenty year career in New England with Bill Belichick and the Patriots. This was his first offseason as an unrestricted free agent, and he made it clear that he was moving on to a new team for the near future.

According to sources on the following day, the 42 year old heavily decorated veteran quarterback was reportedly expected to sign his next contract in the National Football League with the Tampa Bay Buccaneers. The exact details of this new agreement have yet to disclosed, and the deal is not official until he signs the contract and passes the mandatory physical.

His physical is said to be taking place sometime soon in New York by a doctor that both the Tampa Bay Bucs and he have both approved as NFL facilities are currently closed due to the coronavirus precautions that have been taken. Brady’s contract with the Buccaneers is said to be approximately worth $30 million annually.

Brady is quite possibly the greatest quarterback to ever play in the National Football League, and he can definitely improve the Buccaneers. In fact, he already has with the franchises ticket sales jumping ski high in value immediately after the announcement along with a wide variety of other players showing heavy interest in joining him in Tampa Bay for the upcoming NFL season and beyond.

His Problem in New England

One of the issues that Brady was facing recently with his former team, the New England Patriots, was the lack of offensive weapons for him to utilize in order for them to be productive offensively. Well that is obviously not the case with his new organization as the Tampa Bay Buccaneers have many skill position players that he will be able to target this upcoming season. 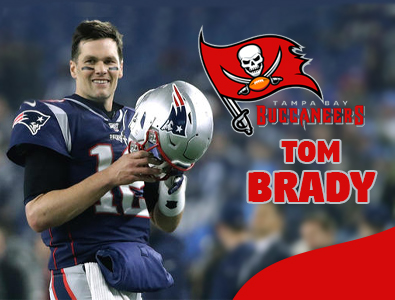 They have major threats at wide receiver in explosive pass catchers such as Mike Evans, Chris Godwin, Justin Watson, and Breshad Perriman. They have solid tight ends as well that include OJ Howard, Cameron Brate, Anthony Auclair, and Tanner Hudson. They currently have running backs like Ronald Jones II, Peyton Barber, Dare Ogunbowalke, and Ryan Griffin that should contribute to their rushing ground game as well. I would not be surprised if the Bucs make some new additions to their offensive skill position players now that everyone knows that Brady will be leading their team as of now.

The Tampa Bay team’s most recent quarterback was Jameis Winston. He was given ample time to be their starting quarterback and leader for several years, but he never seemed to get over his turnover issues. Last season Winston passed for over 5,000 yards and over 30 touchdowns, but his downfall was that he also threw for over 30 interceptions.

His offensive numbers were great aside from all of those turnovers that he was ultimately responsible for. Brady should most definitely be able to cut those mistakes down by making wise reads and better quarterback decisions with the Bucs. Winston is currently a free agent and will not be on Tampa Bay’s roster when the 2020 – 2021 NFL regular season begins.

Sporting News named him the NFL Athlete of the Decade for the 2010’s, the Associated Press selected him as the Male Athlete of the year in 2007, and Sports Illustrated chose Brady as the Sportsman of the year in 2005. He was honored as a member of the NFL 2000’s All Decade Team and the NFL’s 100th Anniversary All Time Team. It will only be a matter of time until the New England Patriots retire his number 12. The National Football League will enshrine him in the Pro Football Hall of Fame, and at the old age of 42 he is not done yet citing that he can play at a high level in the NFL for another 2 -3 years.

"I'm instantly thinking, 'We're gonna be a contender, we're gonna be a playoff contender,'" Tampa Bay Bucs linebacker Shaquil Barrett goes on to say, "and that's all I want to do is play winning football again and try to get a championship, so that's a step in the right direction."

Buffalo Mayor Byron Brown stated, "So for those of you that want to celebrate Tom Brady leaving the New England Patriots, and hopefully leaving the AFC East: There are no mass gatherings. Celebrate responsibly, celebrate at home, and with less than 10 people present."

New England Patriots Owner Robert Kraft says, "Tommy initiated contact last night and came over. We had a positive, respectful discussion. It's not the way I want it to end, but I want him to do what is in his best personal interest. After 20 years with us, he has earned that right. I love him like a son."

New England Patriots head coach Bill Belichick expressed, "Tom and I will always have a great relationship built on love, admiration, respect and appreciation. Tom's success as a player and his character as a person are exceptional."

Belichick said it was a, "privilege to coach Tom Brady for 20 years."

Kraft also said, "While sad today, the overwhelming feeling I have is appreciation for his countless contributions to our team and community." 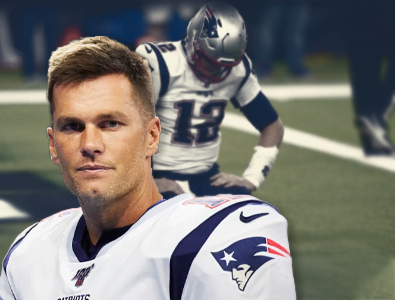 On Instagram Tom Brady posted: “I wanted to say thank you to all of the incredible fans and Patriots supporters. MA has been my home for twenty years. It has truly been the happiest two decades I could have envisioned in my life and I have nothing but love and gratitude for my time in New England. The Support has been overwhelming – I wish every player could experience it. My children were born and raised here and you always embraced this California kid as your own. I love your commitment and loyalty to your teams and winning for our city means more than you will ever know. I can’t thank you enough for the support of our team. The packed training camps and sold out stadiums and mostly the victory parades. I have been so blessed to share them with you all.

I tried to represent us always in the best and most honorable way, and I fought hard with my teammates to help bring victory and triumph even in the most dire situations. You opened your heart to me, and I opened my heart to you. And Pats Nation will always be a part of me. I don’t know what my football future holds but it is time for me to open a new stage for my life and career. I thank you from the bottom of my heart and I will always love you and what we have shared – a lifetime full of fun memories.

To all my teammates, coaches, executives and staff, Coach Belichick, RKK and the Kraft family and the entire organization. I want to say thank you for the past twenty years of my life and the daily commitment to winning and creating a winning culture built on great values. I am grateful for all that you have taught me – I have learned from everyone. You all have allowed me to maximize my potential and that is all a player can ever hope for.

Everything we have accomplished brings me great joy and the lessons I have learned will carry on with me forever. I couldn’t be the man I am today without the relationships you have allowed me to build with you. I have benefited from all you have given me. I cherished every opportunity I had to be a part of our team, and I love you all for that. Our team has always set a great standard in pro sports and I know it will continue to do just that.

Although my football journey will take place elsewhere, I appreciate everything that we have achieved and am grateful four our incredible TEAM accomplishments. I have been privileged to have had the opportunity to know each and everyone of you, and to have the memories we’ve created together.”