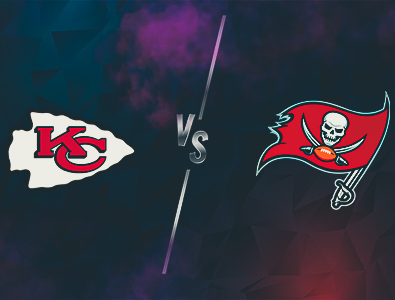 Super Bowl LV will feature the Kansas City Chiefs representing the AFC, and they will play the Tampa Bay Buccaneers who will be representing the NFC in this title game. This match up is currently scheduled for Sunday, February 7th, 2021 at 6:30 ET. The game will be played at Raymond James Stadium located in Tampa, Florida.

This Super Bowl will mark the fifth time the big game has been hosted by the Tampa Area, and it is the third Super Bowl played at Raymond James Stadium. It will be the fourth time that the Super Bowl was played in the same state in back-to-back years as last year’s Super Bowl was held at Hard Rock Stadium located in Miami Gardens, Florida.

The Tampa Bay Buccaneers will be the first NFL franchise ever to play a Super Bowl game in their home stadium. The Bucs will also be the first Wild Card team to make it to the big dance since the Green Bay Packers did just that in Super Bowl XLV when the Packers defeated the Pittsburgh Steelers 31 to 25 on February 6th, 2011. The Tampa Bay Buccaneers will be the designated home team for Super Bowl LV, and they elected to be wearing their white jerseys with pewter pants while the Kansas City Chiefs will be wearing their red jerseys with their white pants.

The Kansas City Chiefs are attempting to become the first team to win back-to-back Super Bowls since Tom Brady’s New England Patriots who Super Bowl XXXVIII and Super Bowl XXXIX. Brady will appear in his record setting 10th Super Bowl in his first year playing for the Tampa Bay Buccaneers. There will only be a maximum capacity of 25,000 fans in attendance due to COVID – 19 protocol, and this will be the lowest attendance ever at a Super Bowl.

This year’s Super Bowl will be broadcasted nationally on CBS. The famous Jim Nantz will handle the play-by-play calls while Tony Romo will be in the both as the color commentary analyst. The sideline reporters will include Tracey Wolfson, Evan Washburn, and the former NFL place kicker Jay Feeley. Gene Steratore will be responsible for the rules analyst role throughout the broadcast. The country music singer Eric Church as well as the R & B singer Jazmine Sullivan will have the duty of performing the national anthem. The halftime show will be headlined by The Weekend. 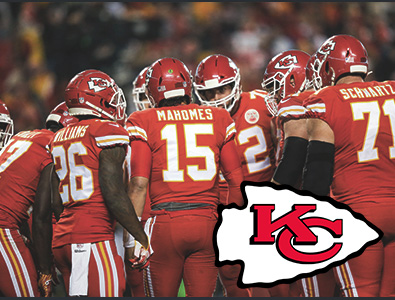 The high-powered Chiefs went 14 and 2 during the 2020 – 2021 NFL regular season under their head coach Andy Reid who is in his 8th season as the head coach of the Kansas City Chiefs. Their first loss in the regular season was to the Las Vegas Raiders where they lost 40 to 32 in week 4. Their second and only other loss was to the Los Angeles Chargers where they were defeated 38 to 21, but the Chiefs were sitting most of their high value players to keep them out of contact and healthy for the 2020 – 2021 NFL Playoffs. This is the fourth trip to the Super Bowl for the Kansas City Chiefs. They lost Super Bowl I to the Green Bay Packers, and then won Super Bowl IV against the Minnesota Vikings as well as Super Bowl LIV last season against the San Francisco 49ers.

The Kansas City Chief’s offense is ranked 1st in the National Football League in yards with 6,653 and 6th in points scored with 473. The Chief’s young superstar quarterback Patrick Mahomes made the NFL Pro Bowl for the third season in a row. He threw for 4,740 yards (2nd most in NFL) as well as 38 touchdowns, with only 6 interceptions, while also finishing the season as Kansas City's second leading rusher with a career high 308 rushing yards and 2 rushing touchdowns.

Most recently Mahomes main target is his Pro Bowl tight end Travis Kelce. Kelce caught 105 passes for 1,416 yards, and 11 touchdowns, which makes him the NFL's second leading receiver and setting a new NFL record for receiving yards by a tight end. Pro Bowl wide receiver Tyreek Hill was also a major offensive weapon for the KC Chiefs as he hauled in 87 receptions for 1,276 yards, and 15 touchdowns. Hill also rushed for 132 yards and 2 running touchdowns.

Mahomes had plenty of other various and reliable offensive threats including wide receivers Demarcus Robinson (45 catches for 466 yards), Mecole Hardman (41 receptions for 561 yards as well as 360 return yards on special teams), and Sammy Watkins (37 receptions for 421 yards). The Kansas City Chiefs leading rusher from the 2019 – 2020 NFL season, Damien Williams, chose to out of the 2020 – 2021 season due to COVID – 19 apprehensions, and because his mom had recently been diagnosed with Stage IV cancer.

In the place of D. Williams, the Chiefs’ rookie running back Clyde Edwards – Helaire stepped up big time to fill the void this year. He rushed for 808 yards and 4 touchdown scores, while also receiving 36 passes good for 297 yards, and another touchdown next to Le'Veon Bell. Bell had 254 yards and 2 touchdowns after joining Kansas City following his release from the New York Jets earlier this season.

The previous first overall draft pick of the Kansas City Chiefs, Left Tackle Eric Fisher, led the Chiefs offensive line as he made his 2nd Pro Bowl selection. Unfortunately, Fisher is going to be forced to miss Super Bowl LV after suffering a torn achilles tendon in the AFC championship game against the Buffalo Bills. On special team the Kansas City Chiefs’ place kicker, Harrison Butker, connected on 25 of 27 field goal attempts this season, including all 4 of his long range attempts from 50 yards or more.

The Kansas City Chiefs’ defensive line has been carried by Pro Bowl selections Chris Jones who had 7.5 sacks and 2 forced fumbles as well as Frank Clark who recorded 6 sacks over the course of the 2020 – 2021 NFL season. Chiefs’ linebacker, Anthony Hitchens, ranked 2nd on Kansas City with 78 tackles. The Kansas City Chiefs also have an undeniable and explosive secondary which is led by Pro Bowl strong safety Tyrann Mathieu who is also known as the honey badger. Mathieu had 68 tackles, 6 interceptions, and one fumble recovery. Their free safety, Daniel Sorensen, compiled 91 tackles, 3 interceptions, and 2 forced fumbles, and when added to cornerbacks Bashaud Breeland with 2 interceptions as well as rookie L'Jarius Sneed who picked off 3 passes to go along with his 2 sacks the Kansas City defense may be better than advertised. 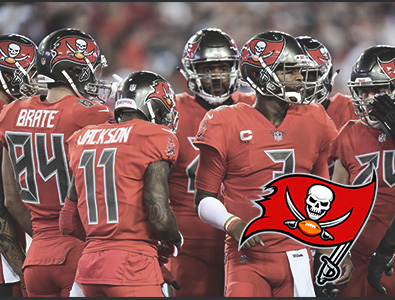 The Tampa Bay Buccaneers completed the 2020 – 2021 NFL regular season with a record of 11 and 5 under their second year head coach, Bruce Arians. Prior to this season, the franchise has not won a playoff game since Super Bowl XXXVII in 2003, and they had not made the NFL playoffs since the 2007 – 2008 season. The Tampa Bay Buccaneers team has also recorded losing seasons in their last 3 years which includes a 7 and 9 record in Arians' 1st season with the ball club.

The 2020 NFL offseason was headlined with the addition of the former New England Patriots quarterback, Tom Brady, a 20 year veteran who replaced Jameis Winston at the starting quarterback position. The Bucs also traded for Rob Gronkowski from the New England Patriots as they talked him out of his retirement. They also signed running back Leonard Fournette and LeSean McCoy, wide receiver Antonio Brown, and place kicker Ryan Succop.

The Tampa Bay Buccaneers and Brady have other offensive weapons to go to war with such as Scotty Miller who hauled in 33 passes for 501 yards and 3 touchdowns, Antonio Brown, who is now expected to play in Super Bowl LV, with 44 catches, 483 yards and 4 touchdowns, and Cameron Brate with 28 receptions for 282 yards and 2 touchdowns. Their leading rusher, Ronald Jones, racked up 978 yards and 7 touchdowns, while also grabbing 28 passes for 165 yards and another touchdown score.

Running back Leonard Fournette added 367 rushing yards and 6 touchdowns, while also pulling in 36 catches. Place kicker Ryan Succop ranked 6th in the National Football League with 136 points, blasting 28 of his 31 field goal attempts. Tampa Bay Buccaneers’ defense was ranked 6th in the league this season. Their defensive line was anchored by the dazzling defensive end, Ndamukong Suh, who gained 6 sacks as well Jason Pierre – Paul who is the organization's lone Pro Bowl selection accompanied with his 9.5 sacks, 4 forced fumbles, and 2 fumble recoveries.

Should be an interesting as well as exciting Super Bowl LV. I hope to see a high scoring match up with an unbelievable finish. I predict the Kansas City Chiefs will win Super Bowl LV with a final score of 31 to 27 over the Tampa Bay Buccaneers. Patrick Mahomes should win the MVP award of Super Bowl LV.