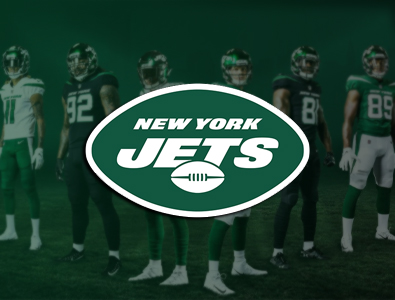 Last week, the Kansas City Chiefs signed NFL superstar running back, Le’Veon Bell, to a one year deal. This move came just a matter of days following the New York Jets releasing the premier disgruntled running back who last dominated in the National Football League during his five year run with the Pittsburgh Steelers from 2013 to 2017.

The New York Jets have been struggling extremely hard over approximately the last decade after making the NFL postseason six times from 2001 to 2011 (2001, 2002, 2004, 2006, 2009, 2010). The Jets have not made a playoff appearance since losing the AFC Championship game of the 2010 - 2011 NFL postseason to the Pittsburgh Steelers with a final score of 24 to 19. The New York Jets last won an AFL Championship game back in December of 1968, and they also won Super Bowl III the following month of that same football season in January of 1969.

Following his extremely productive as well as impactful 5 years of running and catching the ball for the Pittsburgh Steelers, Bell held out of the 2018 – 2019 season of the National Football League. He was having contract extension disputes with the Pittsburgh Steelers during his last year under contract with them, and he wanted to pursue other options as a top free agent entering the 2019 – 2020 NFL season.

Last year New York Jets signed Le’Veon to a four year deal worth approximately $52.5 million, and he has been highly disappointing in 2019 as well as so far in 2020. Bell has averaged just 3.3 yards per carry with the New York Jets, and that ranks him 51st out of the 53 qualifying running backs in the National Football League throughout that time while playing for the Jets. Le’Veon has not only underperformed, but he has been involved in multiple heated disputes with the current head coach of the New York Jets in Adam Gase.

Last Monday, October 12th, 2020 Bell had a meeting with the New York Jets general manager, Joe Douglas, and Coach Gase in order to express his frustration with the lack of his involvement in the Jets’ offense and that he would like to be traded to another NFL franchise. The New York Jets agreed to pursue trade opportunities as well as giving Le’Veon’s agent permission to speak with other teams regarding a possible trade scenario.

According to ESPN’s Rich Cimini, “The Jets contacted every team but found the contract was difficult to move. They were willing to eat some of the $6 million remaining on his 2020 base salary, but the sticking point was an $8 million injury guarantee in 2021, a source said. No team wanted to take on that much risk, fearing a serious injury this season.”

“In the end, neither did the Jets. They could have continued to shop him until the Nov. 3 trading deadline, hoping to recoup a late-round pick, but they too were wary of the injury guarantee, knowing they were planning to cut him in the offseason.”

“The Jets are responsible for the remaining $6 million on Bell's 2020 base pay, but there is an offset clause that will defray it by the amount of the salary on a new contract with his next team.” 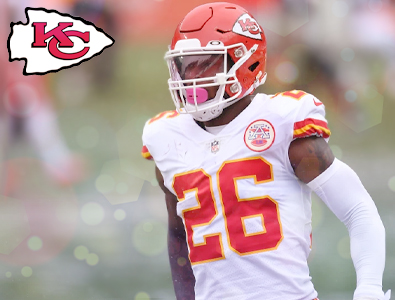 After unsuccessfully trying to shop Bell to other teams the New York Jets decided to ultimately cut their ties with the disgruntled running back and release Bell on Tuesday, October 13th, 2020. Le’Veon became a free agent once again on Wednesday, October 14th, 2020 at 4 p.m. ET, but it did not take long for Bell to find his next home in the NFL as the Kansas City Chiefs signed him to a one year deal the very next day.

Up to this point in season the Chiefs have been reliant upon their rookie running back out of LSU, Clyde Edwards – Helaire, to handle most of the running responsibilities for their potent offensive attack. The Chiefs also feature other running backs on their roster including Darrel Williams, Darwin Thompson, and DeAndre Washington.

Now that Bell has cleared the NFL’s mandatory five days of COVID – 19 testing he is eligible to play this Sunday, October 25th, 2020 against the Denver Broncos on the road. Week 8 of the National Football League features quite the interesting match up of the Kansas City Chiefs hosting the New York Jets on Sunday, November 1st, 2020 at 1 p.m. ET from Arrowhead Stadium in Kansas City, Missouri. Look for Le’Veon to be ready for this juicy game as he will be trying to give his former team hell on and off the field up to as well as throughout this contest.

The big time running back Bell had been selected to 3 NFL Pro Bowls (2014, 2016, 2017). He was named to the NFL’s First Team All Pro twice (2014, 2017), and the NFL’s Second Team All Pro in 2016 as well. Over the course of his career in the National Football League Le’Veon has accumulated 6199 rushing yards, 38 rushing touchdowns, and he averages 4.2 yards per carry. Bell has also put up huge number catching the ball out of the backfield as he is known for his versatility. He has totaled 3160 receiving yards on 381 receptions while gloving 8 receiving touchdowns.

Bell looks to pad those stats the remainder of this season now that he plays for the best offense in the NFL in my opinion, and he hopes to help the Chiefs win back to back Super Bowls after the Kansas City Chiefs won Super Bowl LIV 31 to 20 over the San Francisco 49ers last season.

"I hate that that's the route we go with all this instead of just talking about it, but it seems that's the way guys want to do it nowadays," says the New York Jets’ head coach, Adam Gase.

"After having conversations with Le'Veon and his agent and exploring potential trade options over the past couple of days, we have made the decision to release Le'Veon," the New York Jets organization stated. "The Jets organization appreciates Le'Veon's efforts during his time here and we know he worked hard to make significant contributions to this team. We believe this decision is in the best interests of both parties and wish him future success." 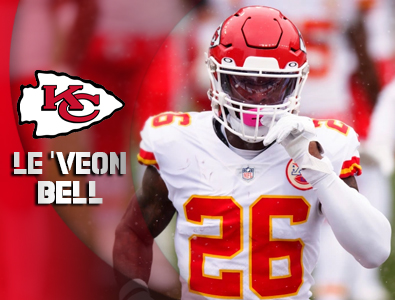 “Kansas City, #ChiefsKingdom, thank you for the opportunity let’s go!”

“Welcome my brother! Let’s get it!”

"I played at a high level for so long," Le’Veon Bell remembers in his five seasons playing with the Pittsburgh Steelers. "I had two years [with the New York Jets] where it has not been a high level, and people kind of look at it like that. So I wanted to get here, get my feet back under me, get in a good offense, get the ball when I can [and] not have too much pressure on me, just play football.

"I think coming here will give me the opportunity to do that. There are a lot of [good] players. I don't necessarily have to worry about how many times I'm touching it."

"I never played with a player MVP-wise," Bell expressed.

"It was just undeniable to try to come here to help this team any way I can help them out," Bell explained. "When I decided to come here, I already knew the weapons, and there's only one football to kind of go around. I think there's going to be a lot of opportunity to kind of show what I can do in space, running routes. I think this offense is a good fit for my skill set. I think Coach Reid does a good job of getting backs the ball in space. I'm glad I've got this opportunity."

"We'll see how he does in practice this week,” the Kansas City Chiefs head coach Andy Reid proclaimed.

"The longer I stay in my playbook, the more serious I am about my playbook, that's the bigger my role will be," says Bell. "I think so far I've been doing a good job."

"He's a mismatch coming out of the backfield," the Kansas City Chiefs’ starting quarterback Patrick Mahomes mentioned. "The way he's able to run routes, the way he's able to split out and basically be a receiver out there is pretty special. He's going to get a lot of matchups I don't think he's had recently with a lot of linebackers on him, and I'm sure he's pretty excited about that."