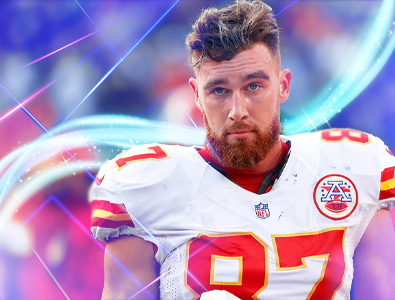 The Kansas City Chiefs and their young superstar tight end, Travis Kelce, have agreed to terms on a solid contract extension. This new deal between the Kansas City Chiefs and Kelce is for 4 years, and it is valued at $57.25 million. This was a wise move for the Chiefs as they should not let one of their best players hit the free agency market which Travis was scheduled to do in the year 2022.

The four year $57.25 million deal includes $28 million in total guaranteed money. There was no signing bonus involved in this agreement. Kelce’s average annual salary is now set at $14,312,500.00 per season. Travis is now scheduled to become a free agent in the year 2026. There are no additional incentives associated with this contract extension that Kelce was granted by the Kansas City Chiefs.

Kelce at the tight end position has recorded over 1,000 yards each of the past four seasons. He is the first NFL tight end ever to accomplish that feat. Throughout the 2019 – 2020 NFL season Travis has led all tight ends in the National Football League with 97 receptions as well as 1,229 receiving yards. During the last football year with the Kansas City Chiefs, he caught 5 touchdown passes in the regular season too.

Over the course of the Kansas City Chiefs’ 2019 – 2020 NFL playoffs Travis pulled in 19 receptions good for 207 receiving yards as well as 4 touchdown catches throughout those 3 amazing NFL postseason games. He helped lead his team to the victory in Super Bowl LIV over the San Francisco 49ers. It is easy to see why that Kansas City Chiefs realize the importance of retaining such a productive tight end for the upcoming 6 seasons. The Kansas City Chiefs’ superstar quarterback, Patrick Mahomes, finds him all over the field for big time plays when they are needed. 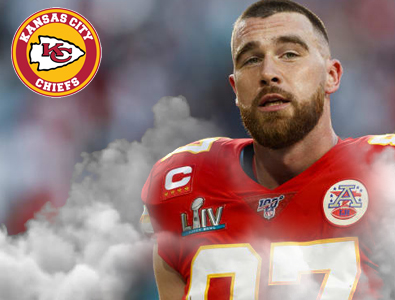 "I haven't seen another tight end do the things he can do," the Kansas City Chiefs backup quarterback Matt Moore said. "It's pretty impressive. He sees things as a quarterback would. He sees things open up before they do. Then you combine that with his body control and his ability to get open and there's not many guys like him."

"You don’t know where Kelce is going to be or what route he's going to run," the Las Vegas Raiders head coach Jon Gruden explained. "Most guys have a route tree. They run a shallow cross, a deep cross, a corner route, a middle read. Kelce is running every route that a slot receiver or a big-time wide receiver runs. They're asking Kelce to do some things that are very, very difficult, and he pulls it off. It's maddening to not only our team but, I think, any team that plays the Chiefs."