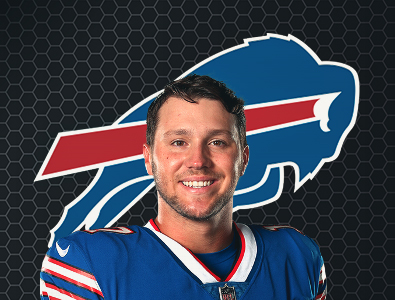 On Friday, August 6th, 2021 the Buffalo Bills announced that they have reached an agreement with their young, entertaining, explosive, and highly – talented quarterback, Josh Allen, on a 6 – year contract extension worth up to approximately $258 million. Prior to this new deal the Buffalo Bills’ franchise quarterback in Allen was entering the second to last year of his rookie contract.

Allen’s rookie / entry – level contract with the Buffalo Bills was a standard 4 – year agreement, and it was valued at $21,443,037. Josh’s rookie deal included a signing bonus of $13,485,846. It carried $21,443,037 of total guaranteed money, and Allen would average an annual base salary of $5,360,759 throughout the life of this original contract. Josh was previously scheduled to become an unrestricted free agent in 2023, but the contract extension that he just received terminates that date for entering the National Football League’s free agency market.

Details of Allen’s New Contract with the Buffalo Bills

Allen’s new contract extension with the Buffalo Bills is a 6 – year extension worth up to around $285 million. It includes a signing bonus of $16,500,000, $100,038,596 of guaranteed money due at the time of signing, and $150 million of total guaranteed money throughout the life of this agreement between the Buffalo Bills and their quarterback of the future in Josh, and he is now scheduled to become an unrestricted free agent prior to the 2029 – 2030 season of the National Football League. 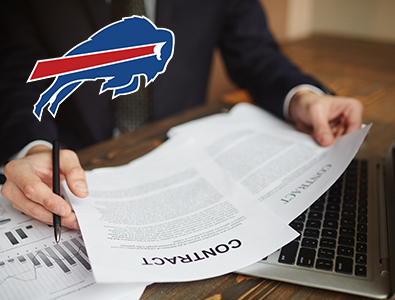 The Football Background of Josh Allen

The 25 – year – old quarterback that now measures 6 – foot 5 – inches and 237 – pounds was born and raised in Firebaugh, California which is located just outside of Fresno, CA, and Josh attended Firebaugh High School where he excelled as a multi – sport athlete especially quarterback of their varsity squad. Allen chose to originally enroll at Reedley College and then transfer to the University of Wyoming to play the remainder of his NCAA college football career for the Cowboys. After his 2017 – 2018 college football season Josh decided to enter the 2018 NFL Draft.

With the 7th overall selection in the first – round of the 2018 NFL Draft the Buffalo Bills emphatically chose Josh Allen out of the University of Wyoming. Throughout his short and intriguing career in the National Football League Allen has thrown 67 touchdowns and 31 interceptions. His completion percentage has increased to an impressive 61.8 % during his NFL career. Josh has racked up a career total of 9,707 passing yards and a passer rating of 90.4 to go along with his own personal 1,5621 rushing yards as well as 25 running touchdowns. Miraculously Allen has also caught a pass for a touchdown over the course of his spectacular young NFL career.

Last year with the Buffalo Bills Allen passed for an amazing 4,544 yards and 37 touchdowns. He had a completion percentage of 69.2 % throughout the 2020 – 2021 NFL season. He threw 10 picks, and Josh did manage to play all 16 regular season games as well as the Buffalo Bills 3 total NFL playoff games last season. 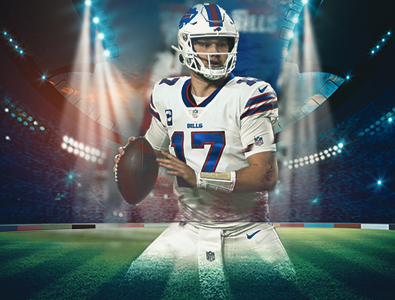 Throughout the course of Allen’s 3 – year career in the National Football League as well as his 2 – year playing career for the NCAA college football program of the Wyoming Cowboys Josh has accomplished the following: being named to the NFL’s Second - Team All - Pro in 2020, he was an NFL Pro Bowl selection in 2020 too, Allen was named the Famous Idaho Potato Bowl MVP in 2017, and Josh was also named to the Second - Team All - Mountain West back in 2016.

"I think the way that we structured the deal was obviously a chance for both sides to get a fair deal and feel like they won. To be here for eight more years and allow us to kind of move some things around to keep some pieces here -- I'm not egotistical in how the money is put out or where it needs to be or how much it is. I want to win. Whatever it takes for us to win is what I'm willing to do. At the end of the day, it's still a lot of money. As someone alluded to earlier, it's generational wealth and something to be super proud of. The ultimate goal for now is winning, and it's not going to matter if we don't win," the Buffalo Bills now highly – paid quarterback Josh Allen stated.