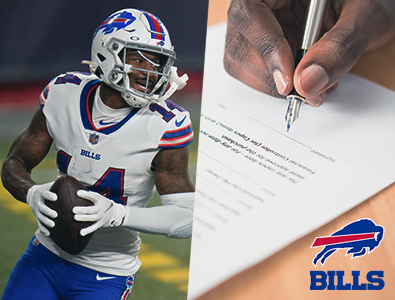 Diggs was originally scheduled to earn about $12.7 million in base salary for the 2021 season of the National Football League, but now following the restructuring of Stefon’s contract he will now earn $990,000.00 for the upcoming 2021 NFL season. Now the Buffalo Bills have roughly $11,084,995 in freed up salary – cap space to use elsewhere on other players.

The timing of the renegotiated and agreed upon contract between the Buffalo Bills and Diggs comes as NFL franchises can take on less dead cap money following a June 1st release or trade. This will generate interest from several players that are being shopped for an upcoming trade such as the Atlanta Falcons’ wide receiver, Julio Jones, as well as the Philadelphia Eagles’ tight end, Zach Ertz, who are both expected to be traded from their current teams. 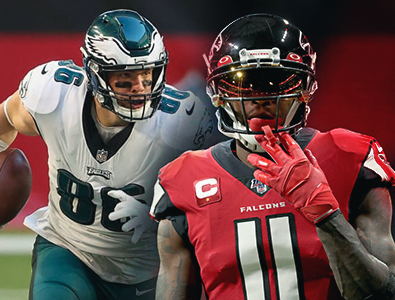 Another major concern moving forward for the Buffalo Bills is working on negotiating a contract extension for their young superstar quarterback, Josh Allen. Allen is currently scheduled to become a free agent prior to the 2023 season of the National Football League. Although this matter is not extremely urgent it will definitely be a major priority for the Buffalo Bills in the near future as we all know the importance of having a superior quarterback in today’s day and age of the National Football League. Josh is coming out of a break – through season with the Buffalo Bills in which he finished the 2020 – 2021 NFL season as the league’s runner – up for the Most Valuable Player Award.

The general manager of the Buffalo Bills, Brandon Beane, has publicly stated how he is extremely interested in signing Allen to a long – term deal that would keep him in Buffalo Bills for the majority of his prime at the quarterback position in the NFL. Josh seems to be on board with a long – term contract extension with the Buffalo Bills, but Beane has expressed that fact that this deal will most likely not be done this summer. He stated that the negotiations between Allen and the Buffalo Bills may run up and in to the next NFL offseason in 2022. According to Spotrac, Allen’s market value is at the very high cost of $42.2 million per season in the National Football League which would make Josh the second highest paid player in the NFL.

The speedy and elusive wide receiver for the Buffalo Bills had an incredible 2020 – 2021 season of the National Football League. Diggs led the NFL in both receiving yards with an astonishing 1535 yards and receptions with 127. He scored 8 touchdowns as well. Stefon was named to the NFL’s First – Team All – Pro and he was selected the 2020 – 2021 NFL Pro Bowl. Look for him to have another great season as the Buffalo Bills have an outstanding team, and they are pursuing their first Super Bowl victory in their legendary franchise history.

According to Intertops sportsbook these are the odds to win Super Bowl LVI as of Wednesday, June 1st, 2021. Currently the Buffalo Bills have the overall 3rd highest odds out of the 32 franchises in the National Football League to win the upcoming Super Bowl LVI. 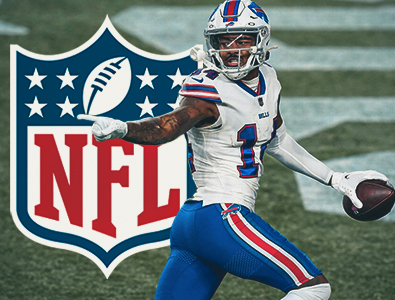