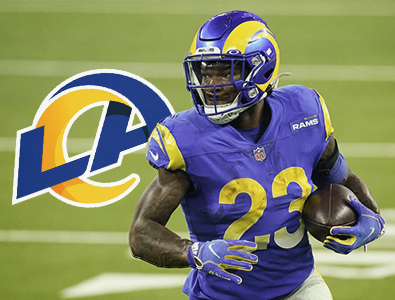 On the morning of Tuesday, July 20th, 2021 the Los Angeles Rams announced that their young and explosive number one option at the running back position, Cam Akers, suffered a torn Achilles, and is currently expected to miss the entire 2021 – 2022 season of the National Football League. The second – year stand out rusher had a break – through rookie season last year with the Los Angeles Rams.

Cam sustained the torn Achilles recently while working out voluntarily during this 2021 NFL offseason. Akers underwent various testing procedures which definitely confirmed his season – ending lower – body injury. Although the Los Angeles Rams did not disclose any sort of a timetable for Cam’s return to NFL live game action, this type of injury generally sidelines professional athletes for approximately a full calendar year give or take depending on the severity of the tear, and how fast the individual heals as everyone is different.

It is fairly reasonably to say that Akers will not be out tearing up the gridiron again until at least the beginning of the 2022 – 2023 season of the National Football League. This is a tragically devastating blow to the offensive attack of the Los Angeles Rams who have been trying to find a solid rusher since Todd Gurley was on the LA Rams team roster back in 2019 before he departed for Atlanta to play for the Falcons.

The second – year pro out of Florida State University where he excelled in ACC with the Seminoles NCAA college football program, averaged 113.1 yards from scrimmage over the course of the last 7 regular games of the 2020 – 2021 NFL season including the NFL playoffs last season. Akers accumulated 625 rushing yards last year on his 145 carries to go along with his 2 rushing touchdowns as well. In 2021 / 2022 Cam was averaging 4.3 yards per rush, and he was also a threat to opposing defenses catching the ball out of the back field.

During the 2021 – 2022 NFL season he pulled in 11 receptions good for 123 receiving yards and a single touchdown reception too. Although Akers was highly disappointed, he vows to work hard in order to return to the NFL ever better than he was originally for the Los Angeles Rams. According to Sean McVay, the head coach of the Los Angeles Rams football team, Cam is an extremely hard worker who does everything the right way in terms of his preparation and training to play the game he loves so very much.

… players such as Darrell Henderson Jr., the undrafted free agent Xavier Jones, rookie sensation in Jake Funk, Raymond Calais, and the undrafted as well as unproven rookie Otis Anderson. McVay and the Los Angeles Rams are planning to use in – house players as opposed to trying to bring in free agent running backs or trading with another NFL franchise in order to acquire a reliable rusher to the LA Rams 53 – man roster.

However, the Rams did not rule out the possibility of pursuing a veteran to bring to Los Angeles as additional running back option. The list of the most notable free agent active running backs consists of ballers like Adrian Pederson, Le’Veon Bell, LeSean “Shady” McCoy, Devonta Freeman, and the Los Angeles Rams’ former Pro – Bowl rusher in Todd Gurley. That is one hell of a solid list to draw from if the LA Rams decide to go that route especially if they do not like the running back options that they currently possess heading in to the upcoming and quickly approaching 2021 – 2022 season of the National Football League.

The 5 – foot – 10 inch tall and 217 – lb. Cam Akers also had a very impressive postseason performance last winter as he racked up 272 yards from scrimmage as well as scoring 2 touchdowns in the Rams' two NFL playoff games several months ago. The 22 – year – old Akers did suffer a couple minor injuries last year causing him to miss short stints with the Los Angeles

Cam spent two games sidelined following his ribs getting banged up during Week 2 of the 2020 – 2021 NFL season. Apparently, the rib injured resulted after Akers fell awkwardly on the football. He also played through a high ankle sprain later on when the Los Angeles Rams were deeper in the regular season. Last season Cam split rushes with Henderson as well as Malcolm Brown. 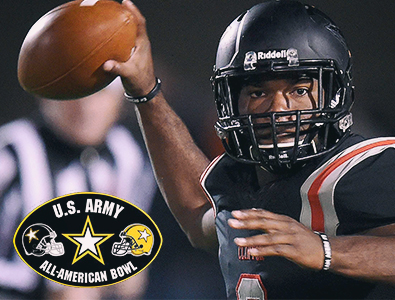 "We've got some young backs on our roster that I'm intrigued about seeing how they handle this opportunity," the Los Angeles Rams’ head coach Sean McVay explained to 710 ESPN radio this week. "I don't know that the veteran route is something that we'd rule out, but it's not something we're immediately looking to address right now."

"I just want to thank any and every person sending prayers my way and wishing me well," the Los Angeles Rams’ running back, Cam Akers, tweeted following the diagnosis of his serious injury. "I hate this happened but I'm in great spirits and I understand God makes no mistakes. I'll be back better than ever in no time I'm a soldier. Again, thank you."