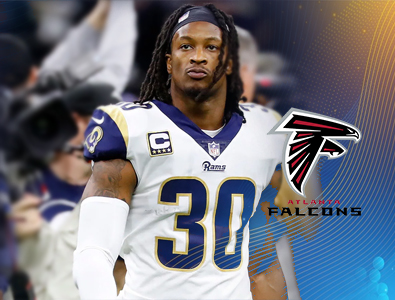 On Thursday, March 19th, 2020 the Los Angeles Rams released their superstar running back Todd Gurley II. The following day the Atlanta Falcons signed him to a one-year contract for $6 million. The LA Rams paid him $7.5 million prior to releasing him, but $2.5 million was subtracted from the Falcons agreement due to offset language. Overall Gurley will make $11 million for the 2020 – 2021 NFL season. This makes him one of the top three highest paid running backs in the National Football League.

Back in his college days at the University of Georgia Gurley suffered a torn ACL in his left knee. Apparently down the stretch of the 2018 – 2019 NFL season in which the Los Angeles Rams went to the Super Bowl, he was dealing with discomfort and injury to that same left knee. That is why the Rams were not running him a lot that season during the playoffs and the Super Bowl against the New England Patriots.

Although his rushing and receiving yards were down a little last year, he still had a solid 2019 – 2020 season. His numbers the couple years prior to last season were astonishing, but the Los Angeles Rams seemed to believe that he was no longer worth the money he was scheduled to make so they released him. The Atlanta Falcons see value in him for at least this upcoming season especially after the Falcons released their core running back Devonta Freeman. Hopefully Gurley will provide the offensive production that Atlanta is looking for this year. 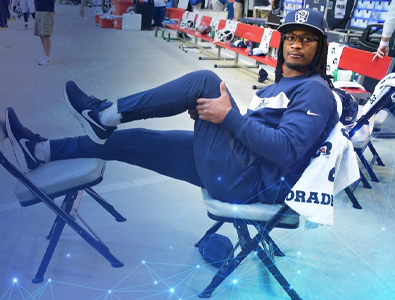 NFL Running Back get Overused and Devalued

It was becoming a common trend in the National Football League for teams to over utilize their running backs by forcing them to absorb the abuse of handling a large amount of touches either on the ground or through the air. These franchises really overwork their running backs while they are young in their career, and then they devalue them by not giving them a long term contract extension when their time comes to resign. They figure they can easily replace the star rusher with another player that is younger and less beat up.

This is unfortunate for running backs, but with the importance organization are putting on quarterbacks and wide receiver they simply do not choose to reward hard working running backs with the money they deserve. I hope that teams understand the importance of having a solid run game which adds consistency to their offense, and they start to reverse this trend in the National Football League. If something doesn’t change soon then superstar offensive skill position players will primarily all want to play wide receiver, and the amount of quality running backs will be greatly reduced especially when these players go pro.

"Gurley still has it," the anonymous coach said to Bucky Brooks, an analyst for nfl.com. "[The Rams] didn't use him enough, but his speed, burst and running skills are still there. He just needs to be featured like he was in 2017 and 2018. If he gets the rock, he will put up big numbers."

"The Rams' offensive line did not get the job done last season. At the end of the regular season, Pro Football Focus ranked the unit 31st. Tough to run through holes that don't exist,” Brooks stated.

"It's easy to dismiss a running back when he has reached a certain point of his career, but I wouldn't underestimate Gurley's chances of re-emerging as one of the top playmakers in football, especially given his upgraded supporting cast in Atlanta."

“Todd Gurley agrees to contract with Falcons after being cut by Rams”, Vaughn McClure, espn.com, March 20, 2020.