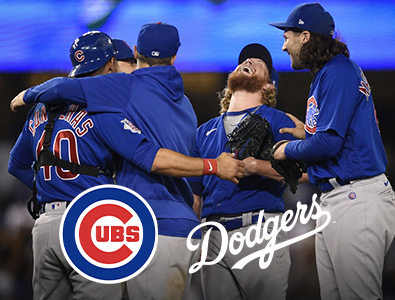 2021 is Major League Baseball’s Year of the No – Hitter

This is the 7th official no – hitter of the 2021 Major League Baseball season. Although Madison Bumgarner of the Arizona Diamondbacks pitched a no – hitter this season, it was not officially recognized as a no – no by the MLB because it was done in a 7 – inning baseball game. The 7 no – hitters so far this year is the most ever before the date of July 1st and it is tied for the most in a single MLB season since 1990 when the modern – era of Major League Baseball began in 1900.

This spectacular pitching performance all began with the excellent work of the Chicago Cubs’ right – handed starting pitcher in Zach Davies. Davies made it through 6 complete innings of Thursday night’s win for the Chicago Cubs against the Los Angeles Dodgers before being replaced by a pinch hitter in the top of the 7th inning.

Zach had thrown 94 pitches as he wisely did end up giving up 5 walks to some of the best batters of the Los Angeles Dodgers’ line – up. He struck out 4 hitters on this historic day, and Davies had some very timely plays from his defense set up strategically behind him in the infield as well as the outfield for the Chicago Cubs in order to keep his no – hitter going into the 7th inning of the game against the Los Angeles Dodgers. Zach is currently carrying an overall record of 5 and 4 during the 2021 MLB season so far.

The first pitcher out of the Chicago Cubs’ bullpen was Ryan Tepera. Tepera threw one solid three out inning for the Cubs during the bottom of the 7th during this first of four outings for Chicago against the L. A. Dodgers over the course of the next few days.

Then the Chicago Cubs’ left – handed shutdown set – up man, Andrew Chafin, entered the ball game in the 8th inning. Chafin tossed another one of his outstanding innings of relief work by getting his three outs, and he only walked one batter for the Los Angeles Dodgers during his work on Thursday night.

Finally, to close out the Los Angeles Dodgers and secure the first ever combined no – hitter for the Chicago Cubs, they called on their hard – throwing right – hander, Craig Kimbrel. Kimbrel is known for sometimes being a little wild and not having complete command of his pitches when coming in to close out a baseball game, but he rarely gives up base hits from his opponents.

Although he walked a man in the 9th inning of this match – up, Craig stuck out all three of the Los Angeles Dodgers that he marked as outs on the score card to close – out this dominating performance of the Chicago Cubs over the Los Angeles Dodgers on Thursday, June 24th, 2021. Kimbrel should be well on his way to this year’s Major League Baseball All – Star Game located in Denver, Colorado. During his 2021 MLB campaign Craig Kimbrel has saved 20 games for the Chicago Cubs. He has an unbelievably tough earned run average of 0.59, with 52 strike – outs, and a WHIP of 0.66. 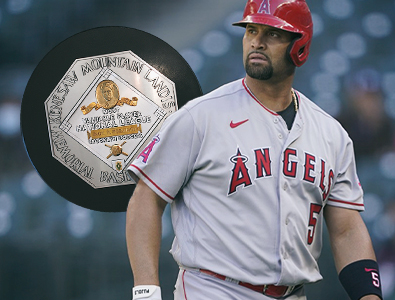 …Thursday, June 24th, 2021. This is absolutely incredible because at this point in Pujols’ illustrious 21 – year Major League Baseball career, in which he has appeared in 2915 professional baseball games, he has never felt the undeniable sting of a no – hitter. Albert Pujols will go down as one of Major League Baseball’s best right – handed hitters ever when it is all said and done with his MLB career, and he is a no doubt first – ballot Baseball Hall of Famer whenever he becomes eligible for this extremely prestigious honor.

"The whole bullpen had no idea," the Chicago Cubs’ left – handed bullpen arm, Andrew Chafin, stated after the ball game. "It was completely oblivious. In our defense, from that bullpen, our perspective on the field, all we can see is like batting averages and the count and stuff like that."

"The hard part is taking out a guy that hasn't given up a hit," the Chicago Cubs’ manager David Ross expressed. "I didn't see him going nine for sure."

"When Willy gave a big fist pump I knew something was up," the Chicago Cubs’ closer Craig Kimbrel relayed to the media in reference to his catcher Willson Contreras. "Then Tepera ran out there and whispered in my ear and was like, 'You have no idea what happened.' Then Javy [Baez] put me in a headlock, and I knew pretty fast what happened. There was a lot of traffic on the bases. When there's a lot of traffic on the bases you don't assume they're all walks. You kind of figure one of them is a single or something like that."

"It's hard to say, but yeah," says the Chicago Cubs’ relief pitcher, Ryan Tepera. "It worked out for the best."