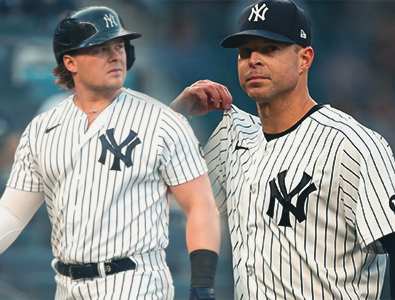 On Wednesday, May 26th, 2021 the New York Yankees announced that they are placing the veteran right – handed starting pitcher, Corey Kluber, on the day – to – day injured list due to a sore right shoulder. On the same day the New York Yankees also were forced to place their starting first baseman, Luke Voit, on the 10 – day injured list resulting from a right oblique strain.

Following a thorough evaluation from the New York Yankees medical staff, Corey was diagnosed with a subscapularis strain. Kluber is expected to miss approximately 2 months or so of game action on the mound pitching for the Bronx Bombers as he allows his right shoulder (which is his throwing arm) to heal completely prior to Corey getting handed a baseball and expected to pitch in a live game on a Major League Baseball diamond.

The 25 – year – old Kluber was just coming off a 101 – pitch no – hitter against the Texas Rangers on May 19th, 2019. This was Corey’s first no – hit performance in the big leagues. It was a career milestone for the former ace who has recently been struggling to stay healthy and on the field for his team. Kluber’s 2019 MLB season with the Cleveland Indians came to a crashing halt when he was hit on the forearm by a comebacker in May of 2019.

Corey’s pitching debut for the Texas Rangers in 2020 lasted only 1 inning of baseball when he tore a muscle in his right shoulder in July of 2020 landing him once again on his franchise’s injured list once again. Presently Kluber will miss extensive time with the beat – up New York Yankees Major League Baseball club due to the damage to his right shoulder. Deivi Garcia and Michael King are the most qualified candidates to fill Corey’s now vacant starting pitching rotation spot.

Voit's diagnosis was quite the shocker to the New York Yankees ball club. The manager of the New York Yankees, Aaron Boone, stated that the hard – hitting big guy at first base began to feel some mild discomfort in his side on Saturday, May 22nd, 2021, and the pain in his side continued to increase by the following Tuesday which prompted an MRI scan which ultimately revealed a Grade 2 strain in Luke’s right oblique.

Voit just so happened to lead Major League Baseball in home runs over the course of the COVID – 19 shortened 2020 MLB season with 22 dingers. Currently Luke is hitting .182 with only one single home run in his 12 games that he has appeared in this year as Voit missed the beginning of the 2021 MLB season following a surgical procedure in order to repair a torn and damaged meniscus in his left knee. 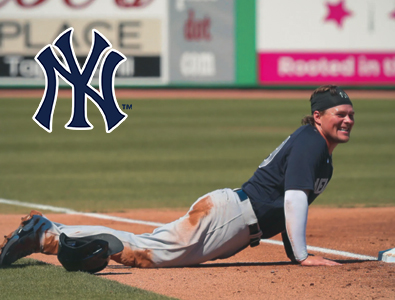 Luke suffered that knee injury in spring training last spring. D. J. LeMahieu as well as Mike Ford are Voit’s expected replacements at the first base position. Miguel Andujar may also possibly get some playing time at first base for the New York Yankees during Voit’s absence from the team’s baseball activities.

"He wasn't as sharp," the manager of the New York Yankees, Aaron Boone, explained to the media on Tuesday, May 25th, 2021 during his postgame availability. "And there was a handful of pitches where there were some misfires up. We'll have to pick up the slack for him, obviously.” Regarding the injury to Luke Voit, Boone goes on to say, "To have a setback here that's going to land him on the IL, he's very frustrated with that. But hopefully it's not going to keep him down too long."

According to Bovada sportsbook below are the odds to win the MLB 2021 World Series as of Wednesday, May 26th, 2021. Currently the Philadelphia Phillies have the 2nd highest odds to win it all for this exciting 162 game regular season of Major League Baseball in addition to the 2021 MLB playoffs. 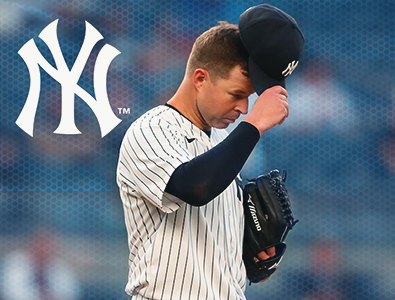