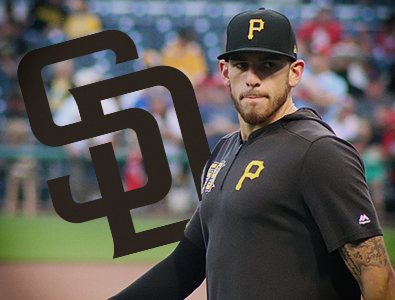 On Friday, April 9th, 2021 the San Diego Padres made some serious franchise history. The team’s starting pitcher, Joe Musgrove, throws the first no-hitter in the Padres’ 53 seasons of franchise history in their 3 to 0 win against the Texas Rangers from Globe Life Field located in Arlington, Texas.

The Padres entered the game against the Texas Rangers on Friday as the only team in Major League Baseball to never record a no-hitter, but Musgrove broke the streak of 8,206 regular – season games without a no-hit performance. Joe allowed only one base runner throughout the game which came on a batter getting plunked by a pitch in the 4th inning as he struck out 10 batters over the course of the 9 innings of baseball.

To make it an even sweeter story Musgrove is a native of the San Diego, California area as he was born and raised in El Cajon, California which is just east of downtown San Diego, CA. In fact, not only does Joe come from the San Diego, CA area, but he grew up rooting for the Padres and wears number 44 in honor of his childhood hero in the former Cy Young Award winner, Jake Peavy.

The Tumultuous Start of the Day for

The 28-year-old, right-handed starting pitcher explained to the media that he did not sleep well the night prior to his legendary start on Friday, April 9th, 2021. Joe complained about his body feeling tight upon waking up on Friday morning. While running through his standard pre-start ritual and routine later on that afternoon, Musgrove said that he was distinctively off and did not feel right.

Surprisingly, many pitchers feel off as well as do not throw well in pre-game activities prior to a huge on the field game performance. Joe then proceeded to guzzle down approximately a dozen bottles of water as the game began which made him experience the sensation of feeling like he was going to explode by only the 4th inning of the ball game. As he did not want to disrupt his no-hitter performance he somehow held it, and Musgrove did not relieve himself during the baseball game. I guess that turned out to be a great decision as he pitched the game of his life last Friday.

Joe began the ball game by retiring the first 11 Texas Rangers’ batters in order, then he ended up hitting Joey Gallo with a pitch in the 4th inning, but followed that up by retiring the following 16 hitters Musgrove faced. He started the bottom of the 9th inning of the game with a somewhat concerning pitch count of 103 pitches, but he was focused on getting through the inning and completing his as well as the San Diego Padres’ first no-hitter ever.

In the 9th inning Musgrove first faced off against David Dahl who lined out to the San Diego Padres’ second baseman Jake Cronenworth. The second batter of the half – inning, Leody Taveras, made weak contact by tapping a ball back to the mound in which Joe made a quick and easy out of by throwing Taveras out at first base.

Then with two outs in the bottom of the 9th inning Isiah Kiner-Falefa came to the plate. Kiner-Falefa struck a two-hop grounder to Ha-Seong Kim, who is temporarily taking the place of the San Diego Padres’ injured superstar shortstop in Fernando Tatis Jr., and Ha-Seong Kim fielded the ground ball and threw out Isiah Kiner-Falefa at first base to record the final out of the baseball game that resulted in the amazing and exciting no-hitter that Musgrove produced on a day that he felt off from the very beginning of the day.

"It feels so incredible. The city of San Diego has shown me so much love, even before I came to the Padres. Just a San Diego kid that made it to the big leagues, so it feels even better to do it in a Padres uniform and selfishly be able to do it for my city and know that the kid from Grossmont High threw the first no-hitter," says Musgrove who has never pitched a no no at any level of organized baseball.

Musgrove’s Stuff on the Mound

Joe tossed 77 of his career-high 112 total pitches over the plate for strikes. On Friday he relied predominantly on throwing breaking balls to get easy outs. Musgrove realized he was working a no-hitter by the time he completed the 6th inning, but Joe presumed his pitch count was too high at that point for him to have the possibility of finishing the entire ball game.

When he observed his pitch count was only at 67 pitches, Musgrove understood he had a shot to get the job done. From then on, Joe abandoned his fastball all together, and he relied heavily on his 2 best pitches that day in the curveball and the slider. His slider was working so well that he used a heavy dose of that pitch while mixing in the intermittent cutter to produce quick as well as easy outs. These type of in-game adjustments are what the big-league pro ball players do in order to make it through pitching an entire 9 inning baseball game.

On January 13th, 2018 the Houston Astros traded Musgrove along with Michael Feliz, Colin Moran, and Jason Martin to the Pittsburgh Pirates in exchange for the Houston Astros getting the ace pitcher Gerrit Cole. Musgrove pitched for the Pittsburgh Pirates from 2018 to 2020 for three very uneventful MLB seasons. In 2019 Joe’s left-on-base percentage of 63.2 % happened to be the worst in all of Major League Baseball. In 2020, Musgrove recorded a record of 1 and 5 in addition to his 3.96 earned run average and 55 strikeouts overt a total of 39.2 innings pitched.

Unbelievable Start to the 2021 MLB Season

Musgrove was a relatively uncelebrated pick up from the Pittsburgh Pirates over the past MLB offseason, but that was mostly due to the fact that the San Diego Padres also acquired Yu Darvish and Blake Snell to add to their rotation. Joe suffered from ankle and triceps injuries throughout the COVID-19 shortened 2020 MLB season, but he managed to post an earned run average of 2.16, 38 strikeouts, and 5 walks in 25 innings pitched over his most recent 5 pitching starts.

Two starts into his San Diego Padres career, Joe has thrown 15 scoreless innings of solid baseball as he has struck out 18 hitters while only given up an impressive 3 hits as well as issuing 0 walks to his opponents. Musgrove is the first pitcher to throw a no-hitter in his 1st or 2nd debut with a new team since Clay Buchholz managed to do just that in his 2nd start for the Boston Red Sox on September 1st, 2007. Musgrove is the just the 8th pitcher in Major League Baseball’s modern era to accomplish that difficult and unusual feat. 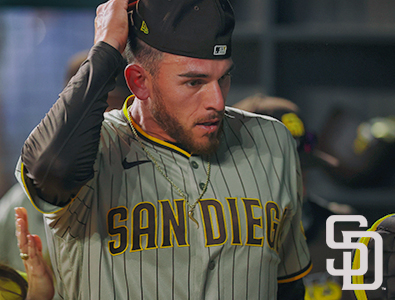 According to Intertops sportsbook below are the odds to win the MLB 2021 World Series as of Saturday, April 10th, 2021. Currently, the San Diego Padres have the third highest odds to win it all for this exciting 162 game regular season of Major League Baseball in addition to the 2021 MLB playoffs.