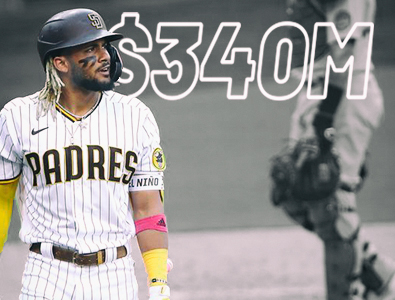 As the ink settles on this fourteen year megadeal between the San Diego Padres and Tatis Jr. let’s take a look at the details of this $340 million extension. All of the $340 million are fully guaranteed, but this contract does not include a signing bonus or any incentives that have been disclosed to the public as of now. Fernando will now average $24,285,714 per year from 2021 to 2034, and he will once again become an unrestricted free agent prior to the 2035 Major League Baseball season.

The San Diego Padres signing of Tatis Jr. is the third largest deal in the history of Major League Baseball. The Los Angeles Angels had previously signed the Mike Trout to a 12 year $426.5 million contract extension, and he is considered the best player in professional baseball these days. The second highest paid MLB player was Mookie Betts who the Los Angeles Dodgers reached a 12 year $365 million agreement with around a year ago. Last season Betts helped the Los Angeles Dodgers win their first MLB World Series championship since 1988. 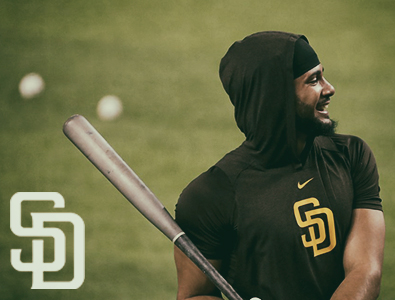 During the 2020 MLB shortened season Tatis Jr. batted .277 with 45 RBI’s as well as 17 home runs. He won a Silver Slugger award for his performance last year, and he finished in 4th place in voting for the National League MVP award. Fernando was named to the All MLB First Team for his work throughout the 2020 Major League Baseball season. In 2019 during his MLB rookie season Tatis Jr. hit .317 / .379 / .590 while driving in 53 runs (RBI’s) and 22 home runs.

According to Intertops sportsbook below are the odds to win the MLB 2021 World Series as of Wednesday, February 17th, 2021. Currently the San Diego Padres have the third highest odds to win it all for this upcoming Major League Baseball season.