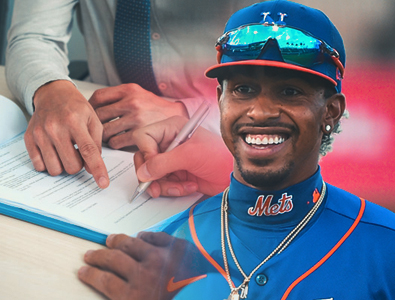 On Wednesday, March 31st, 2021 the New York Mets have agreed upon terms to sign the former Cleveland Indians’ young and multi – talented star shortstop, Francisco Lindor, to a long-term 10-year contract extension worth up to approximately $341 million. This was an extremely wise deal for the up-and-coming New York Mets that are looking to take back control of the vulnerable National League East division of Major League Baseball.

The new agreement extension between the 27-year-old and well-respected shortstop Lindor and the New York Mets spans the upcoming 10 Major League Baseball season (2021 – 2030) is valued at around $341 million. All of the $341 million in this mega-deal is fully guaranteed money, and although the contract does not include a signing bonus or any publicly known incentives it does allow Francisco to not have to worry about money for quite some time as long as he knows how to handle that type of wealth somewhat responsibly.

Lindor will earn an average annual salary of $34,100,000 over the course of the following ten years, and he is now not scheduled become an unrestricted free agent again until the year 2031 when he is 37 years old. According to ESPN, “Lindor's deal will be the third largest based on total value in major league history, trailing only the deals for the Los Angeles Angels' Mike Trout ($426.5 million) and the Los Angeles Dodgers' Mookie Betts ($365 million).”

The multi-faceted fun and exciting shortstop and now long-term New York Mets’ franchise face was born in Caguas, Puerto Rico. Lindor moved to the United States of America at the tender age of 12 years old in order to pursue his dream of becoming a Major League Baseball player, and he made Central Florida his home at this point of his life. His favorite baseball players as a child were some of the game’s best middle infielders including Robbie Alomar, Omar Vizquel, Derek Jeter, Jimmy Rollins, and Barry Larkin.

Francisco attended Montverde Academy Prep School located in Montverde, Florida where his skills carried him to become of baseball’s best young shortstops both at the plate offensively and on the infield dirt on defense. He was ultimately selected by the Cleveland Indians with the 8th overall selection in the first round of the 2011 MLB draft. Throughout Lindor’s amazing first 6 years playing shortstop for the Cleveland Indians he has managed to appear in 777 games while carrying a batting average of .285 on 896 hits in which 433 were singles, 191 were doubles, 15 were triples, and 138 were home runs. 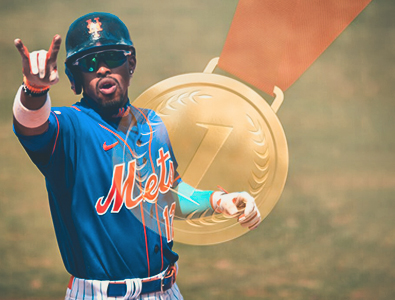 According to Intertops sportsbook below are the odds to win the MLB 2021 World Series as of Friday, March 19th, 2021. Surprisingly the New York Mets have the overall 5th best odds overall out of all 30 Major League Baseball franchises to win the 2021 MLB World Series. Apparently, the odds makers are really high on the young and talented New York Mets for at least the just beginning 2021 MLB season.