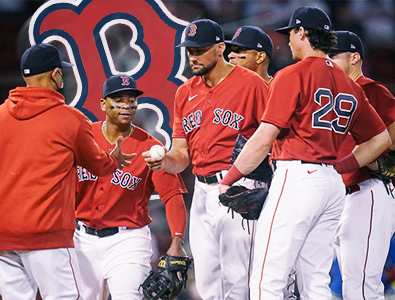 Another reason most people around Major League Baseball liked the chances of the New York Yankees winning this crucial game was due to the fact that the Boston Red Sox were without one of their best hitters in J. D. Martinez. During his 2021 campaign with the Boston Red Sox Martinez accumulated a solid 99 RBIs as well as 28 home runs too. Fortunately for the Boston Red Sox they had other players step up at the plate in the absence of J. D. from the Red Sox line – up last Tuesday night. 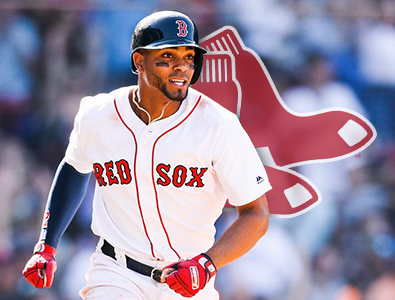 The Boston Red Sox wasted little time to get to the New York Yankees’ veteran starting pitcher in Cole as the Boston Red Sox shortstop, Xander Bogaerts, cranked a deep bomb that resulted in a 2 – run homer in just the first inning of this intense ball game. The former Chicago Cubs player as well as World Series champion, Kyle Schwarber, hit a solo home run out to right – field during the bottom of the 3rd inning last Tuesday. Schwarber’s dinger not only gave the Boston Red Sox a commanding 3 to 0 lead early on in this electric contest, but the solo shot also ended the night for Cole on the mound for the New York Yankees. This was Gerrit’s shortest MLB postseason start of his illustrious Major League Baseball career.

Fenway Park features one of the most unique factors out of any MLB ball park as it has the Green Monster out in left field. The Green Monster sometimes can take away home runs especially from right - handed power and / or pull hitters such as Giancarlo Stanton. Stanton absolutely crushed two baseballs, one in the first inning and another in the sixth inning, but unfortunately for Stanton as well as the New York Yankees both of those extremely hard - hit bombs Giancarlo rocked last Tuesday night ended up hitting the top of the Green Monster and stayed in the park robbing Stanton of 2 potential home runs.

The New York Yankees started to gain some momentum late in the game when the recently acquired Anthony Rizzo hit a solo home run to right – field in order to cut the Boston Red Sox lead to 3 to 1. The momentum swing for the Bronx Bombers did not last all that long as Alex Verdugo hit a ball into the right corner of Fenway Park for an RBI double pushing the score to 4 to 1 in the bottom of the 6th inning. Verdugo then followed that hit up by singling to center in the 7th in order to score Enrique Hernandez as well as Kyle Schwarber.

The Outcome and Results of the 2021 AL Wild Card Game

Stanton ended up hitting a solo home run in the top of the 9th inning, but it was too little too late for the New York Yankees as they were eventually defeated by the Boston Red Sox in the 2021 American League Wild Card game with an overall final score of 6 to 2. The Boston Red Sox earned the right to move on to the divisional round of the 2021 MLB postseason where they will face the American League East champion Tampa Bay Rays.

The Tampa Bay Rays have been one of the best teams in baseball this year, and last season they made it all the way to the World Series only to fall to the Los Angeles Dodgers in 6 games. The American League Division Series (ALDS) between the Boston Red Sox and Tampa Bay Rays begins on Thursday, October 7th, 2021 from Tropicana Field located in St. Petersburg, Florida. The ALDS is a best – of – 5 series so the first team to win three games will advance to the American League Championship Series (ALCS). The ALCS is a best – of – 7 series with a trip to the 2021 World Series on the line. 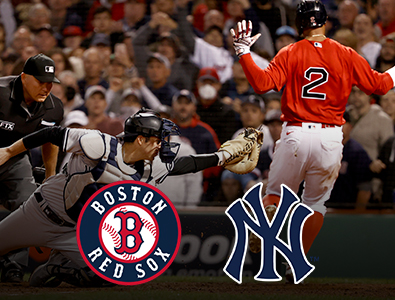 I do not anticipate the Boston Red Sox getting past the Tampa Bay Rays in the ALDS, but crazier things have happened in the crazy and chaotic game of baseball. Look for the Boston Red Sox to rely on the home run ball in hopes of scoring enough runs to possibly take down the might Tampa Bay Rays who had the best record in the American League during the 2021 MLB season by going 100 and 62 this year.

“Now we go to the next one, and we’ve just got to be ready to face a great baseball team,” the Boston Red Sox manager Alex Cora stated following the huge win over their rival in the New York Yankees. “Coming into the season, everybody talked about them being the best team in the big leagues, and we have a huge challenge. But we’re ready for it.”

“Guys are crushed,” the New York Yankees manager Aaron Boone explained after their devastating loss to the Boston Red Sox at Fenway Park on Tuesday, October 5th, 2021. “The ending is really cruel. But there’s nothing better than competing for something meaningful.”