Former pitcher for the New York Yankees and the world-famous author of the best-selling book, “Ball Four,” Jim Bouton, died at the age 80. He passed away in his home that he shared with his wife, Paula Kurman, on Wednesday, July 10th, 2019 in Great Barrington, Massachusetts.

He was a one-time MLB All Star in 1963. Bouton helped the Yankees win the World Series in 1962 although he went 7 – 7 that year. Jim lost the World Series in 1963 and 1964 to the Los Angeles Dodgers and the Saint Louis Cardinals respectively. He finished his ten years career with a final record of 62-63, and earned a run average of .357, and 720 strikeouts. 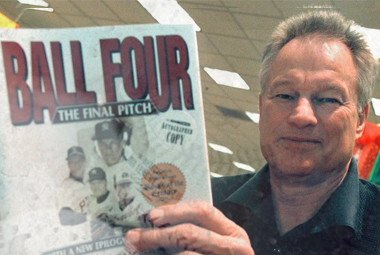 What really made Bouton famous as well as infamous was his tell-all book titled, “Ball Four,” in which he revealed dark secrets of professional baseball to the world. He held nothing back in this piece which ultimately ostracized Bouton heavily for spilling the intimate details of players that he had no problem calling them out by name. He revealed issues such as the heavy drug usage of these major leaguers as well as their lifestyles.

“Not only did I have some tenderness in my elbow today, but Sal told me I’ll be pitching in the exhibition game Sunday,” Bouton wrote early in spring training, referring to the Seattle pitching coach Sal Maglie. “The tenderness will go away, but how am I going to pitch on Sunday? I’m not ready. I haven’t pitched to spots yet. I haven’t thrown any curveballs at all. My fingers aren’t strong enough to throw the knuckleball right. I’ve gone back to taking two baseballs and squeezing them in my hand to try to strengthen my fingers and increase the grip.”

“I feel sorry for Jim Bouton,” Dick Young wrote in The Daily News. “He is a social leper. His collaborator on the book, Leonard Shecter, is a social leper. People like this, embittered people, sit down in their time of deepest rejection and write. They write, oh hell, everybody stinks, everybody but me, and it makes them feel much better.”

“After two or three years of playing with guys like Mantle and Maris,” Bouton recalled in “I’m Glad You Didn’t Take It Personally,” “I was no longer awed. I started to look at those guys as people and I didn’t like what I saw. They were fine as baseball heroes. As men they were not quite so successful. At the same time I guess I started to rub a lot of people the wrong way. Instead of being a funny rookie, I was a veteran wise guy. I reached the point where I would argue to support my opinion, and that didn’t go down too well either.” 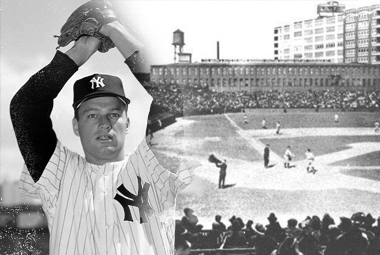 “When I made it to the Yankees,” Bouton explained to the New York Times in 1983, “it was like walking in this wonderland, this crazy place . . . With ‘Ball Four,’ I never meant to make an investigation of a subculture. I just wanted to share the nonsense.”

“Ball Four” is “arguably the most influential baseball book ever written,” baseball historian Terry Cannon told the San Diego Union-Tribune in 2005, “and one which changed the face of sports writing and our conception of what it means to be a professional athlete.”

“One of the first big thrills I had with the Yankees was joining about half the club on the roof of the Shoreham at two-thirty in the morning,” writes Jim Bouton. “I remember saying to myself, ‘So this is the big leagues.’”

“Nah, f--- him,” the skipper replied. “Give him some low smoke and we’ll go and pound some Budweiser.”

“You live in terror that you’re going to wake up in the morning and not be able to pitch anymore,” Bouton explained. “You wake up in the middle of the night and you make a throwing motion to see if it’s going to hurt. In the morning the first thing you do is circle your arm just to see how it feels.”

“I thought, would I do that?” Bouton wrote in “Ball Four.” “When it’s over for me, would I be hanging on with the Ross Eversoles? I went down deep and the answer I came up with was yes.”