Are the Los Angeles Chargers making the Right Decision? 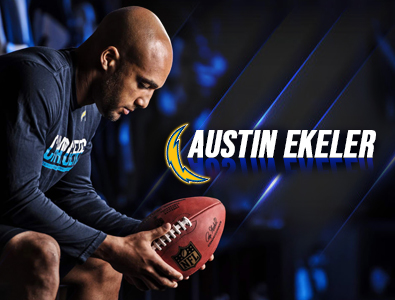 The Los Angeles Chargers and their young star rusher have agreed to terms on a new long term four year contract worth $24.5 million. According to sources this new deal includes $15 million in guaranteed money as well as incentive to fatten the pot up to $26 million for one of the leading runners for the LA Chargers.

The fill in star running back was previously signed to a 3 year deal valued at $1,670,000.00 which included a $5,000.00 signing bonus as well as $5,000.00 in guaranteed money. If you ask me, he went way over the call of duty filling in for Melvin Gordon throughout the duration of his hold out, and he definitely has earned this contract extension.

What happened to the Mystique of the Running Back?

Do you remember the days when outstanding young black men such as Walter Payton and Jim Brown used to roll the rock over opposing defenses? It seems like in today’s NFL the passing game has taken over, and big time rushers have been seriously devalued. You can call me old school, but I am a believer that championships are built on defense and running the ball.

The Future of the Los Angeles Chargers

As we all know by now, the LA Chargers and their former quarterback, Phillip Rivers, have parted so they are now a solid quarterback away from maybe finishing second in their division. With Patrick Mahomes and the Kansas City Chiefs dominating the AFC West over the course of the last couple years it will take a lot of blood, sweat, and tears to even make a splash in to the waters of the National Football League. In my opinion the Chargers should fire their head coach, Anthony Lynn, as I find him to be soft and I don’t think he has what it takes to contend. The Los Angeles Rams seem to be the glorified team in LA, but the Chargers are looking to make the right moves to compete for that honor.

"It feels a little overwhelming, but it's a relief,'' Ekeler stated last Friday on a conference call. "We were going back and forth for a month. We were pretty far apart at first, but once we kept getting closer it started to become a real possibility.''

"I can see myself being more of a leader vocally,'' says Ekeler. "My role will be bigger than last year with more opportunities.''

"He can handle the touches. Would you want to have him carry the ball 30, 35 times a game, which hardly anybody does anymore? I think we'd want to pair him with anybody," Telesco said of Ekeler. "He can do so much with the football with the amount of touches he gets. It doesn't just have to be as a running back. We can put him in the slot. We can put him out wide. He's a pretty dangerous player for us and a big part of our offense. He's going to play a lot."

“I think it helped me with getting exposure,” Ekeler said of starting the first four games. “Carrying more of the workload than what I’m usually used to, and that was a little trail for me to see, ‘Hey, can this guy carry the rock for an NFL team? And do it week in and week out?’ So I had a little four-week stretch there, kinda had a couple good games.”