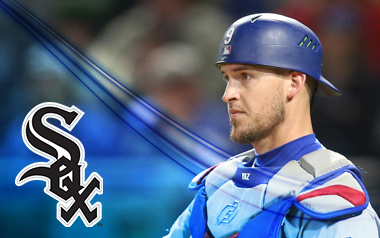 The Chicago White Sox and the all star free agent catcher, Yasmani Grandal, have come to terms on a four year $73 million deal. This new contract should keep the 31 year old veteran catcher with the Chicago White Sox organization through the year 2023.

This is surprisingly the largest contract in the history of the Chicago White Sox franchise. Grandal is now currently scheduled to receive approximately $18.25 million for the next four Major League Baseball seasons.

This veteran catcher was selected 12th overall by the Cincinnati Reds in the 2010 MLB draft. Throughout the course of his 8 year career as a professional baseball player, Grandal had caught for three Major League Baseball clubs including the San Diego Padres (2012-2014), the Los Angeles Dodgers (2015-2018), and the Milwaukee Brewers (2019). He will make his debut for the Chicago White Sox beginning in spring training of the 2020 MLB season in the cactus league from Camelback Ranch in Phoenix, Arizona.

The native of Havana, Cuba who happens to be a switch hitter that throws right handed has a career batting average of .241. Grandal has a total of 141 career home runs to go along with his 416 runs batted in. Grandal was selected to the National League Major League Baseball All Star Team in both 2015 and 2019.

Possibly one of the most important aspects that he brings to the young and inexperienced Chicago White Sox ball club is that he has played in the MLB postseason over the past 5 baseball seasons (2015-2019). Not to mention that he was on two Los Angeles Dodgers teams that made it to the World Series in 2017 as well as 2018.

Apparently, Grandal turned down a $17.9 million qualifying offer from the Los Angeles Dodgers during the last MLB offseason. He also declined a 4 year $60 million contract offer from the young and promising rebuilding New York Mets recently. It was worth his while as he is now primed to make the big bucks with the Chicago White Sox starting this upcoming 2020 Major League Baseball season. I am excited to see if he is worth all that money as the expectations for him will undoubtingly be higher than ever this year.

…the former Milwaukee Brewers catcher recorded his career highs in home runs (HR) with 28 and runs batted in (RBI’s) with 77. In 2019, he drew 100 walks posting a .380 on base percentage (OBP) which was good enough for him to rank in first place amongst all MLB catchers.

Grandal also led all Major League Baseball catchers in games played with 153. He ranked second in extra base hits with 56, total bases with 240, and RBI’s with 77 among all other MLB catchers last season. These spectacular rankings and statistics not only justify but they demonstrate why the Chicago White Sox invested $73 million of faith in the superstar switch hitting catcher that is just entering his big league prime at the moment. Ever since Chicago let Chris Sale go they have not had very many well known players, but something tells me that Grandal is the first of many to come join the White Sox organization in the near future.

"He's such a quality guy," says the White Sox president, Ken Williams. "And for him to understand our messaging, our goals, our path, and to say, 'I want to be a part of that and I'm going to commit to it early so we can move on to the next thing heading into the winter meetings,' [it] just shows what kind of character we're talking about."

"There's a lot of young talent,'' Grandal stated. "The way I looked at it, this team could be a dark horse in the next year or so.''

"Unlike last year around this time, where the market was kind of completely nonexistent, this year was just slightly different,'' Grandal explained. "It seemed like there were several teams that were working hard within their limits to be able to compete. There were several teams that were really interested. The one thing that kind of stood out the most for me is the White Sox. I love their professionalism, their preparation and the direction of the program.'' 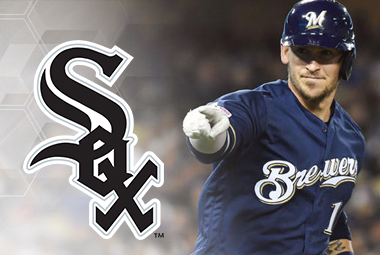 Grandal tweeted, “I wanted to thank the Milwaukee Brewers organization and the fans. You guys took my family and I in with open arms and made it a very special year. We are grateful for all the love you showed us. Thank you...”

"Exciting day for us around here, being able to add one of the elite talents at a premium position," says the general manager of the Chicago White Sox Rick Hahn.

"Having too many guys who are quality big leaguers is a good thing," Hahn exclaimed. "Not something that we necessarily view as a problem."

"This was all planned, going back five years ago when we started this and started thinking about [rebuilding]," Williams recites. "We get ourselves in position with our young core and we could augment it with guys like this.

"... Clearly, we're trying to put ourselves in a window that could very well start next year but extend to the next five to seven years."

"I'm not going to prognosticate how this plays or how people should interpret it or what this means in terms of what we're going to do next,'' Hahn explained. "Generally, in my experience, people don't want to hear about the labor; they want to see the baby. We had a boy today, I guess. ... My point being the impact this has on future deals, we'll talk about after there's future deals.''