Black & Red is a Game of War - Video Interview

Hi, I'm Michael Shackleford with the Wizard of Odds. I am at the 2017 cutting edge Table Game Conference at the Paris Casino in Las Vegas.

Mike, can you tell me more about the game? 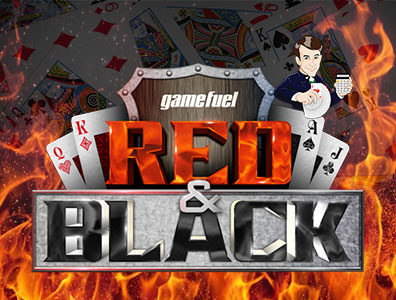 What we've got is basically a war of red and black:

With our game, you can either have a two-card war or a five-card war. In a two-card war, let's say it's a queen of diamonds and a seven of spades comes out, it's a win for red if you've bet on red or black.

In a situation where two red cards come out

Let's say it's a seven of diamonds, nine of hearts, we have no black to represent the other side, so we deal out three more cards to break that-- Basically a color break. The high card out of those five cards, that color wins the war.

Could it be described as Casino War?

You have the choice to bet on red and black, but it's never an outright victory at the beginning.

Both sides have to have at least one card. 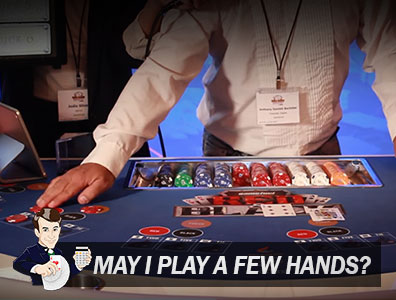 May I play a few hands?

[00:01:30] Dealer: Place your bets. Pick red or black. Now I'm coming out with two cards. They're in there somewhere. There we go. Blackjack, red six, black wins. You lose your red and you win your two cards because you won on two cards.

You guys need another black card. Red queen. All the blacks lost, but the two-card bet all win. Let's go to another hand. This is where [unintelligible 00:03:10]. This is it. This is where you have to have two cards, one of each card in order to finish the hand.

We need red and black. Right now we have two red. We're going to bring out three cards for the flop. Ace. Ace is the highest denomination. Black wins.

[00:03:46] Dealer: It's the highest denomination. It doesn't go by-- We don't add them together like Blackjack. It's just the highest hand like poker, and the highest card is the ace. Since it was a two, you lose there when-- One more hand, one more hand.