Home › video › Video On The Probability of a Perfect Bracket

Video On The Probability of a Perfect Bracket

Hi, this is Mike, and this video is going to attempt to answer the question: What is the probability of filling out a perfect March Madness bracket?

I’m going to assume you already have some basic knowledge about how it works, but very briefly, there are 64 basketball teams competing in a single elimination tournament; that means that there’s going to be 63 total games.

They divide it into four divisions, and in each division, in round number one, the number 1 seeded team plays the 16th-seeded team, the second-seeded plays the 15th, the third plays the 14th, and so on. Then they take the winners from all the round one games and then they play each other in round two, and eventually, you end up with just one winner. 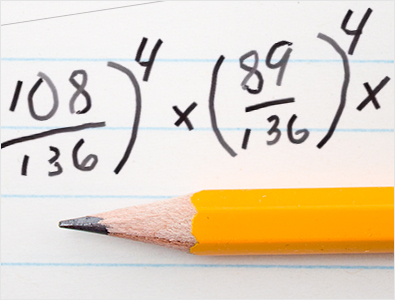 ...it always comes up in the media, what is the probability of filling out a perfect bracket and it makes the hair on the back of my neck stand up when I hear the figure 1 in 9 quintillion, 223 quadrillion, 372 trillion, 36 billion, 854 million, 781,000; I believe. This is simply the probability of correctly predicting 63 coin flips in a row. I don’t think anyone fills out a March Madness bracket that way because some teams are obviously better than others. For example, 1 seed is obviously better than a 16 seed.

Before I go any further...

...let me say that this video was shot in April 2018, so it’s based on every single March Madness game played from 1985 through 2018. Okay, I also wanted to address another video in YouTube by a professor, Jeff Bergen. He says that with some strategy that he doesn’t get into, the probability of a perfect bracket is 1 in a 128 billion. That number is actually kind of close to the figure I get.

I would challenge Professor Bergen to elaborate on how he gets that figure, but I’m going to elaborate for you about how I get my figure. Now, my strategy is very simple. You always pick the higher ranked team in every single game and eventually, you will be left with just four number 1 seeded teams in which case you can pick randomly.

Before someone writes on the comments

Let me say that you can improve upon this even more by looking at the current odds on the games, and for example, when it comes down to 1 seed against a 1 seed, you can look at the going offshore Las Vegas odds to basically see how has a better chance of winning, but I’m not going to get into that.

This video is simply going to be based upon picking the better-seeded team every single time, and again, when it gets down the four number 1 seeds then just pick randomly. Okay, that’s all I need to say for the introduction.

Let me apologize in advance that the next part of this video, I’m going to be using a tablet. I’ve already had a great deal of technical problems getting this to work properly so I thought I would shoot the introduction this way. Without further ado, here is how to calculate the probability of a perfect March Madness bracket given the strategy I just said.

All right, here we go:

This is my first video every made with a creative pen tablet if that’s the right term for it. I’ve always wanted to make these Khan Academy kind of videos, but about gambling and math. With the introduction out of the way, let’s get right into the calculations.

Now, there’s also four different games where a 2 seed plays the 15 seed. In the 136 times, this has happened. The number 2 seed has won 127 times. The probability, again, given historical data of a 2 seed beating a 15 seed is 93.38%, and you have to do this four times as well for the four different divisions. 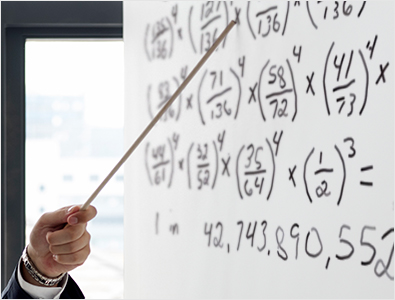 If you win all of these games...

...you will advance past round one. Then, in round two, you’re going to have the 1 seeds playing against the 8 seeds. This has happened 72 times so far, and of those 72 times, the one seed has beaten the eight seed 58 times. The probability of a 1 seed beating an 8 seed is 80.56%, and you still have to do that four different times.

Then, the 4 seeds will play the 5 seeds. This has happened 73 times so far, and 41 times the 4 seed won for a probability in each game of 56.16%, and we still have four divisions, so take it to the fourth power.

This has happened 61 times so far in tournament history and 44 times the 1 seed won, for a probability each time of 72.13%. Then, the 2 seeds will play the 3 seeds. That has happened 52 times so far, and 32 of those times the 2 seed won. Again, that still has to happen four different times.

Assuming that you win all those games:

Then you're going to be left with just 1 seeds and 2 seeds. The probability of a 1 seed beating a 2 seed is 35 in 64, again, based on historical games, and this still has to happen four times for the four divisions.

Now, if you get this far...then you will have won all four divisions, and you will have the number one team on top each time. Here's where you start picking randomly. You need three more games to determine the best out of four teams, and like I said in the introduction, you just pick randomly, so you chances of winning each time will be 1 in 2, and three more games.

That is your probability of winning using my strategy, and this works out to a probability of 1 in 42,743,890,552. There you have it. I believe this to be the most accurate figure out there of filling out a perfect March Madness bracket.

As I said in the introduction, you can improve upon this by looking at the current odds in the betting market, and thank you for watching this video. I know that it wasn't that good.

Consider this a learning experience for me, and again, this is all in writing on my website wizardofodds.com in the sports betting section, and then look for the page on how to fill out a perfect March Madness bracket. I don't think there's anything more to say.

So thank you for watching.