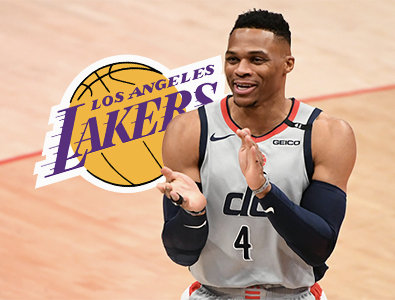 On Thursday, July 29th, 2021 the Washington Wizards agree to terms to trade the former NBA MVP and 9 – time NBA All – Star point guard, Russell Westbrook, their second – round pick of the 2024 NBA Draft, and their second – round selection of the 2028 NBA Draft to the Los Angeles Lakers. In exchange the Los Angeles Lakers are sending the Washington Wizards power forward Kyle Kuzma, center / power forward Montrezl Harrell, shooting guard Kentavious Caldwell – Pope, and the number 22 overall pick in the first – round of the 2021 NBA Draft which took place last night. This blockbuster NBA trade between the Los Angeles Lakers and the Washington Wizards will not be officially announced until Friday, August 6th, 2021 when the free agency period of the National Basketball Association formerly begins.

The Washington Wizards eventually ended up trading that number 22 overall pick in the first – round of the 2021 NBA Draft to the Indiana Pacers in exchange for point guard Aaron Holiday. Holiday is the younger brother of Jrue Holiday who just won the NBA championship with the Milwaukee Bucks this past season of the National Basketball Association, and Jrue is currently playing with Team USA in the 2021 Tokyo Olympics.

The Indiana Pacers selected Isaiah Jackson with that number 22 overall pick in the first – round of the 2021 NBA Draft that occurred yesterday evening (Thursday, July 29, 2021). Jackson is a 6 – foot 10 – inch and 206 – pound forward who excelled at the University of Kentucky while playing for John Calipari and the Kentucky Wildcats from 2020 to 2021.

This recent 4 – player NBA blockbuster trade between the Los Angeles Lakers and the Washington Wizards came just after the Los Angeles Lakers failed to agree to terms on a trade in order to acquire Buddy Hield from the Sacramento Kings in exchange for Kuzma and Harrell. That deal happened to fall apart earlier in the day on Thursday, July 29th, 2021.

The Los Angeles Lakers were striving to obtain a great shooter during this 2021 NBA offseason, and that is why they were pursuing a trade to get Hield from the Sacramento Kings. Look for the Los Angeles Lakers to work on acquiring a pure shooter in order to help LeBron James, Anthony Davis, and Russell Westbrook on their star – studded offensive attack that they have now assembled.

The Washington Wizards previously had acquired Westbrook from the Houston Rockets in December of 2020 in part of a trade for John Wall. The 6 – foot 3 – inch and 200 – pound point guard played with the Oklahoma City Thunder from 2008 to 2019, the Houston Rockets from 2019 to 2020, the Washington Wizards in 2020, and now he joins the Los Angeles Lakers for the upcoming 2021 – 2022 NBA season. Westbrook now becomes only the fifth former NBA MVP in the all – time history of the National Basketball Association to play for 4 different NBA franchises over the course of 4 seasons or less. The other four NBA greats that have done that are Bob McAdoo, Shaquille O'Neal, Allen Iverson, and Derrick Rose. 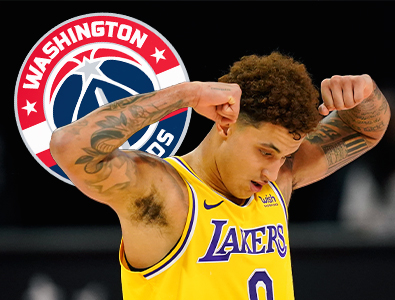 Kuzma is a 6 – foot 10 – inch and 221 – pound power forward that played his NCAA college basketball at the University of Utah with the Utes from 2014 to 2017. Kyle was selected with the 27th overall pick in the first – round of the 2017 NBA Draft by the Brooklyn Nets. He was traded to the Los Angeles Lakers on the day he was drafted, and he played with the Los Angeles Lakers from 2017 to 2021. Kuzma now joins the Washington Wizards for the upcoming 2021 – 2022 NBA season.

"Thank you DC! You welcomed my family and I with open arms from day one," the former point guard of the Washington Wizards and the newest member of the Los Angeles Lakers, Russell Westbrook, wrote on Instagram. "Everyone from the front office, to the training staff, the coaches, my teammates, and the fans. I'm grateful y'all took a chance on me and supported me every step of the way. I'm blessed to have been a part of such a stand – up organization. It didn't take long to make a home in DC, and I will forever be grateful and appreciative of my experience with the organization. Thank you! #thedistrict."