The Milwaukee Bucks Win the 2021 NBA Finals in Six Games 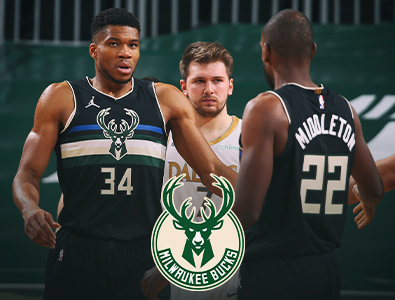 The Phoenix Suns Past and Present

The Phoenix Suns were off to an outstanding start winning the first 2 games of the 2021 NBA Finals at home playing in the Footprint Center located in Phoenix, Arizona, but then after traveling to Milwaukee for the next two games they began losing as their best players seemed to be underperforming. Arguably the Phoenix Suns best player in Devin Booker had a very poor game 3.

The head coach of the Phoenix Suns, Monty Williams, actually sat Booker for the entire fourth quarter of that game in order to rest him for game 4 which was not a whole lot better for the NBA All – Star guard. The Phoenix Suns were never able to regain momentum in this year’s NBA Finals as they ended up losing 4 consecutive games to the dominant Milwaukee Bucks who just won their first NBA championship in 50 years.

This was a devastating loss for the Phoenix Suns who have made it to the NBA Finals three times in their franchise history (1976, 1993, 2021) in which they have lost all 3 of those NBA Finals appearances. Most notably in 1993 when Michael Jordan and the Chicago Bulls came back extremely aggressive in order to win that series in 6 games as well.

For one the greatest point guards in NBA history, Chris Paul, this may have been his last real chance to win an NBA championship as this superstar veteran point guard of the Phoenix Suns is now 36 – years – old. For the young stars of the Phoenix Suns such as NBA All – Star Devin Booker and Deandre Ayton they believe that they will hopefully have a chance to win an NBA title sometime throughout the course of their pro basketball careers.

There was no doubt in the minds of everyone watching the 2021 NBA Finals who the MVP award of this hard – fought series would go to. It was none other than Giannis Antetokounmpo. Giannis had a monster game 6 which will go down in the history of the National Basketball Association as one of the greatest NBA Finals performances of all time.

Antetokounmpo accumulated 50 points throughout the 42 grueling minutes that he played in game 6 of the 2021 NBA Finals. Giannis shot 16 for 25 from the field, 1 for 3 from three – point land, and 17 for 19 from the free – throw line. He also pulled down an aggressive 14 rebounds, he dished out 2 assists, and he had 5 huge blocks which came at must score times for the deflated Phoenix Suns.

The Milwaukee Bucks NBA All – Star point guard Jrue Holiday was also instrumental in helping the Bucks secure the 2020 – 2021 NBA championship. Holiday was acquired by the Milwaukee Bucks on November 24th, 2020 in a four – team trade involving other teams like the Denver Nuggets and the Oklahoma City Thunder. Jrue not only does a fantastic job of distributing the basketball to teammates while running their offensive sets, but he plays shut down defense as well.

It was quite refreshing to see two teams in the 2021 NBA Finals that were not “super – teams” like the NBA franchises that have been dominating the landscape of the National Basketball Association such as the Los Angeles Lakers, the Golden State Warriors, and the Miami Heat. After the Milwaukee Bucks won the 2020 – 2021 NBA title Antetokounmpo had no problem pointing out that he did not need to join or create an NBA super – team in order for him to win an NBA championship.

It is extremely nice to see a team with only one superstar win the it all this year. Although I am sure that other NBA franchises that have assembled super – teams at the moment like the Los Angeles Lakers and the Brooklyn Nets would have done more winning in the 2021 NBA postseason if they were not so banged up and dealing with injuries to some of their best players. 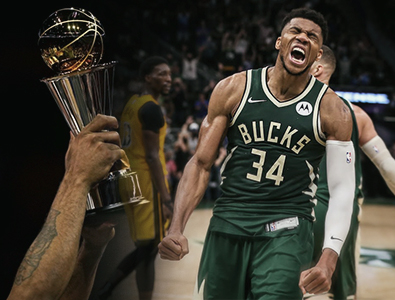 "I just couldn't leave. There was a job that had to be finished,” the Milwaukee Bucks MVP forward Giannis Antetokounmpo emotionally expressed. "Coming back, I was like, 'This is my city. They trust me. They believe in me. They believe in us.' ... Obviously I wanted to get the job done. But that's my stubborn side. It's easy to go somewhere and go win a championship with somebody else. It's easy. ... I could go to a super team and just do my part and win a championship. But this is the hard way to do it, and this is the way to do it, and we did it. We fucking did it."

Antetokounmpo goes on to say, "Eight years ago, eight and a half years ago, when I came to the league, I didn't know where my next meal will come from. My mom was selling stuff in the street. Now I'm here sitting at the top of the top. I'm extremely blessed. I'm extremely blessed. If I never have a chance to sit on this table ever again, I'm fine with it. I'm fine with it. I hope this can give everybody around the world hope. I want them to believe in their dreams."