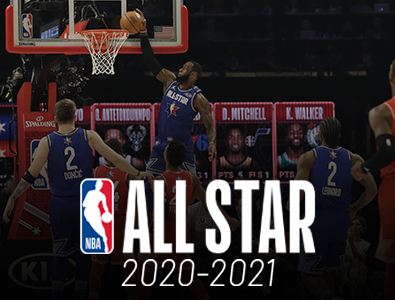 The 2020-2021 NBA All-Star Game and all of the traditional All-Star contests and competitions were held on Sunday, March 7th, 2021 from the State Farm Arena located in Atlanta, Georgia. Since the NBA All – Star Game was reformatted in 2018 there are two captains who draft their All – Star team from the pool of available players regardless of which NBA conference they play in.

The two captains this year were LeBron James and Kevin Durant. Unfortunately, both of the players representing Philadelphia 76ers, Joel Embiid and Ben Simmons, were ruled out of the game due to coming in contact with a barber who later ended up testing positive for COVID-19. Team LeBron won the 2020-2021 NBA All-Star Game with a final score of 170 to 150.

The big man for the Milwaukee Bucks, Giannis Antetokounmpo, was named the Most Valuable Player of the 2020 – 2021 NBA All – Star Game in Atlanta last Sunday, March 7th, 2021. This was his first NBA All – Star Game MVP award. He was pretty much unstoppable all game as he scored a game high 35 points, and he shot a perfect 16 for 16 from the field. Giannis even banked in a couple three – point shots during this wild and crazy game.

Antetokounmpo’s performance completely destroyed the previous NBA All – Star Game record of most makes without a miss set by Hal Greer in 1968 when Greer shot 8 for 8 from the field. The trophy for the NBA All – Star Game MVP is now called the Kobe Bryant Trophy in honor of the late great basketball superstar that passed away in a horrific helicopter crash in February of 2020.

According to Intertops sportsbook these are the odds as of Monday, March 8th, 2021 to win the 2020 – 2021 NBA regular season MVP outright.

This year the NBA Dunk Contest was held at halftime of the 2020 – 2021 NBA All – Star Game. It featured three of the best young high – flying athletes in the National Basketball Association including Anfernee Simons of the Portland Trail Blazers, Obi Toppin of the New York Knicks, and Cassius Stanley of the Indiana Pacers. Simon ended up winning the NBA Dunk Contest on a “kiss the rim” dunk in which Anfernee displayed his vertical jumping ability as he blew a kiss to the rim while being as level with it as possible.

The NBA 3 – Point contest involved 6 excellent shooters in the National Basketball Association including Stephen Curry of the Golden State Warriors, Jayson Tatum of the Boston Celtics, Mike Conley of the Utah Jazz, Zach LaVine of the Chicago Bulls, Donovan Mitchell of the Utah Jazz, and Jaylen Brown of the Boston Celtics. LaVine, Mitchell, and Brown were all eliminated after the first round, and Tatum was eliminated after the second round.

This left Curry and Conley to battle it out for the win. It ended up being extremely close but Curry won the NBA 3-Point contest by hitting the last shot of the competition to beat out Mike Conley. If Stephen had missed that last shot Conley would have been crowned the 2021 NBA 3-Point Contest champion. This is the second time Curry has won the NBA 3 – Point Contest. 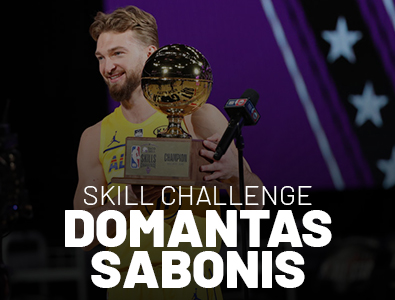 The NBA Skills Challenge featured 2 guards and 4 forwards/centers. The participants included Luka Doncic of the Dallas Mavericks, Chris Paul of the Phoenix Suns, Robert Covington of the Portland Trail Blazers, Julius Randle of the New York Knicks, Domantas Sabonis of the Indiana Pacers, and Nikola Vucevic of the Orlando Magic. The 2 guards had a bye in the first round, but that was as far as they were able to make it as the big men of the NBA Skills Challenge dominated the event. Sabonis and Vucevic faced off in the finals of this competition with Sabonis barely squeaking out the win by hitting the last shot of the event before Vucevic could do so after they both missed their first two attempts at hitting that 3-point shot.

According to Intertops sportsbook these are the odds as of Monday, March 8th, 2021 to win the 2020-2021 NBA championship outright.