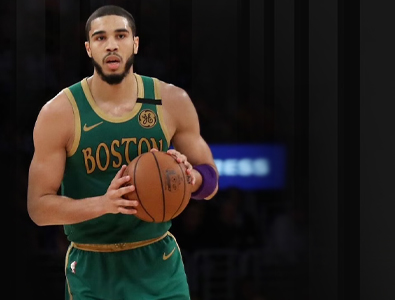 The Boston Celtics have agreed to terms with their superstar small/power forward, Jayson Tatum, on a five-year rookie max contract extension worth up to $195 million. This new deal has a base of $163,000,590 spread over the next five seasons, and it includes a 30 % escalator clause that could increase the All Star forward’s earnings to $195.6 million if he is selected to one of the three All NBA teams. Tatum will average $32,600,118 per year throughout the length of this contract extension.

The agreement possesses a 2025 player option following the fourth year of this contract extension. Tatum is now scheduled to become an unrestricted free agent in 2026 when he will be 28 years old at that time. It was extremely important for the Boston Celtics to offer Jayson a max contract extension as he has transformed into one of the best young star ball players in the National Basketball Association. He is possibly a guy you want to structure your franchise around as he is an exceptional scorer as well as a strong team leader for the Boston Celtics.

Tatum attended Chaminade College Preparatory School located in Creve Coeur, Missouri where he absolutely dominated in high school basketball. All in 2016 he was selected to the McDonald’s All American team, he was named the Gatorade National Player of the Year, he was chosen as the Mr. Show Me Basketball, he participated in the Nike Hoop Summit, and he played in the Jordan Brand Classic. 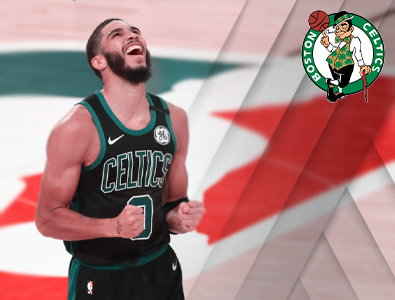 The young baller decided to be a one and done college basketball star as he entered the 2017 NBA draft following his amazing freshman season at Duke University. The Boston Celtics drafted Jayson in the first round of that draft with the 3rd overall selection. Throughout his absolutely impressive 3 seasons with the Boston Celtics the explosive forward with the sweet shot managed to average 17.3 points, 6.0 rebounds, and 2.2 assists per game.

His numbers in the NBA playoffs somehow managed to go up which demonstrates how clutch of a big time player he is. Tatum averaged 20.6 points, 7.0 rebounds, and 3.4 assists per game during his 45 total postseason games in the National Basketball Association. As a rookie Jayson was selected to the NBA All Rookie First Team in 2018. In 2020 he was named to the All NBA Third Team and the NBA All Star Team as well. Look for him to continue to carry the Boston Celtics to the NBA playoffs, and make deep postseason runs as he continues to develop and get even better as he is only 22 years old right now.

"The kid is special," LeBron James stated. "Obviously, that's a reason he's a first-time All-Star, and he's been special all year."

“Of course you give him this deal. Just like of course you give Donovan Mitchell this deal (with the Utah Jazz) even though you know if either one of these guys is my best player, I can’t win the title,” the radio personality Nick Wright explained. “The Celtics are stuck. Celtics fans love sending me the video last year of when I called last offseason a disaster. But I was right. And this offseason’s even worse.

“You lose Gordon Hayward for nothing, I do like them adding Tristan Thompson, but they’re stuck. The rest of the East that matters got better — the Sixers got better, the Bucks got better, the Nets obviously got massively better, the Heat, who you couldn’t beat last year, at least stayed the same, and the Celtics have been going in reverse.”

“In the last 30 years, we have two champions that didn’t have a league MVP on their roster: the 04 Pistons and the 2018 Raptors,” Wright goes on to say. “So unless you think Jayson Tatum is going to be a league MVP, the answer is, he’s a really, really good player that can’t be the No. 1 on a champion.

“That’s fine. But that’s not what the Celtics signed up for when they thought they had the greatest haul of draft picks ever.” 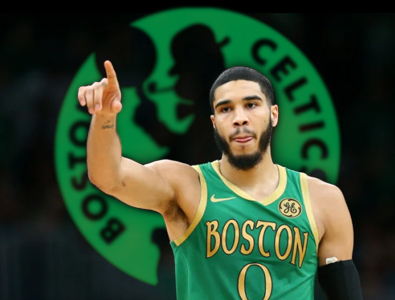 "When he'd talk about [the contract] it was never about the dollar amount. He wanted to be a max player because that signifies your level of talent and the caliber of player you are. I think that was always the priority for him, striving to be one of the best and to leave his mark in this league. So I think that's always his focus. When you work like he does and have the passion for the game he does, the money will come," Jayson Tatum’s mother Brandy Cole said.

"I think that we're all seeing the way the game has evolved. And you really can't have too many versatile players that can play multiple defensive positions. I think that we, in Jayson and in Semi [Ojeleye], and Kadeem Allen and Jabari Bird, they all sorta fit that category. The three of them are swing or wing players. Semi can play some of the 4, and Jayson can play some of the 4, we think, in time. So yeah, that's the way the game is headed."

"You can build a team around Jayson Tatum," an unnamed NBA general manager expressed. "He can be your No. 1 option. I really believe that. He can create for himself. He can get to his spots. He has a beautiful shot. But I don't know if you can win with Jayson Tatum as your No. 1 guy. So if you're rebuilding, you know, you have to think about that."

"I think he would love the idea of being able to spend his entire career here if that meant putting banners up," Cole proclaimed. "He wants to not just say that he played here his whole career, but that he brought the city of Boston a couple of banners and his number is retired. I’m certain he would love that."