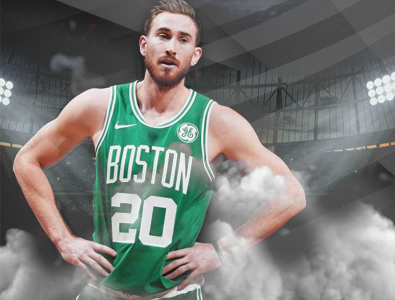 The Boston Celtics’ young superstar small forward, Gordon Hayward, is usually a prominent point scorer for the Celtics’ offensive attack. Unfortunately, he will have to miss approximately four weeks or so due to an ankle sprain he recently suffered. He is predicted to be unavailable until at least the Eastern Conference Finals this year if the Boston Celtics are able to make it that far without him in their line up.

The ankle sprain Hayward suffered occurred on Monday, August 17th, 2020 in game 1 of the first round of the 2019 – 2020 NBA Eastern Conference playoffs against the Philadelphia 76ers. The Celtics ended up winning that contest with a final score of 109 to 101 (76ers).

Hayward sprained his ankle with approximately three minutes remaining in the fourth quarter of game 1 vs. the Philadelphia 76ers when he came down hard on the left foot of his teammate, Daniel Theis. On Tuesday, August 18th, 2020 the Boston Celtics’ team physicians officially diagnosed the injury as a grade 3 right ankle sprain.

Prior to the unfortunate injury in game 1 Hayward put up a stat line consisting of 12 points, 4 rebounds, 3 assists, and 4 steals in the 34 minutes of the game that he played. He recorded a plus minus of + 10 throughout the course of this match up, and his presence on the basketball court will be greatly missed by the Boston Celtics throughout the first couple rounds of the NBA postseason this year.

Gordon averaged 17.5 points, 6.7 rebounds, and 4.1 assists during the 2019 – 2020 season of the National Basketball Association, and he has been a dominant force for the Boston Celtics since the restart of the NBA season. The Boston Celtics will have to rely on their bench to step up big time over the next several weeks if the Celtics expect to compete for playoff position in the highly competitive Eastern Conference this year.

Boston Celtic Players that may have to Step UP

“The question Stevens will have to answer between now and Game 2 on Wednesday night is which players will get those opportunities. Rookie Grant Williams got a couple of fourth-quarter minutes in Game 1 and played well. Backup point guard Brad Wanamaker, a veteran Stevens has grown to trust, seems likely to get a bump up from the 10 minutes he played in Game 1, while another rookie, Romeo Langford, and veteran Semi Ojeleye also could get a crack at rotation minutes,” according to ESPN’s Tim Bontemps. 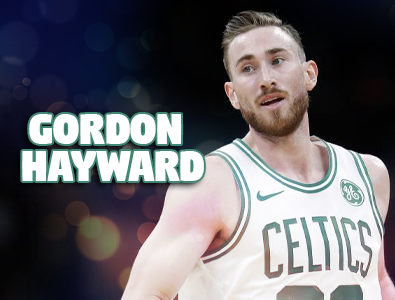 "I think we can certainly do a lot here but all that is stuff is to be determined," the Boston Celtics head coach Brad Stevens stated. "We haven't gotten into that stuff or that conversation."

"He's bummed, as you can imagine," says Stevens. " [He's] put in a lot of time and effort, and you do so for this time, for the playoffs. That's what we all look forward to, and we've been really lucky thus far in the bubble to have good health and, of course, [after] Game 1 we don't.

"But that's part of it. We've lived this before and we're going to have to have other people step up. That's why you have a team."

"We have a deep rotation, a deep bench, so whoever is going to step up, we know we are going to trust our whole team," Daniel Theis explained. "So guys are going to get their opportunities, get their minutes, and everybody has got to be ready."

"Tremendous confidence," Marcus Smart proclaimed. "We're doing everything we can as the older guys, the guys that's been here, to really get those guys ready on what to look for and what to expect when they get in the game. Just be ready and not get caught by surprise.

"... I thought Matisse [Thybulle] did a great job, I thought [Josh Richardson] was J-Rich, and we need them to be elite defensively on those two great scorers [Walker and Tatum]. So, anything's on the table once we've learned this Gordon Hayward news."