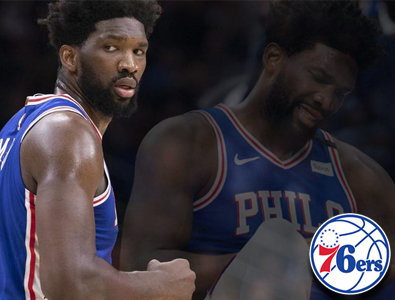 Joel Embiid is the extremely outspoken superstar center of the Philadelphia 76ers. Apparently, he has very high tolerance of pain as well. On Monday, January 6th, 2020 Embiid suffered a severely dislocated finger on his left hand during a game against the Oklahoma City Thunder. The injury was excruciatingly gruesome as his finger was completely bend sideways. In fact, in was very hard to look at, and must have been intensely painful.

Evaluation of the Injury

Embiid left the game in order for the team doctors to pop his finger back into the socket, and they taped it up to the finger next to the injured one. Amazingly he reentered the game approximately only 10 to 15 minutes after exiting the contest for medical attention. Embiid helped the Philadelphia 76ers win the match up against the Oklahoma City Thunder with a final score of 120 to 113.

On Thursday, January 9th, 2020, Embiid met with a hand specialist as his Sixers defeated the Boston Celtics that night 109 to 98. The doctor determined he will need to undergo surgery to repair the radial collateral ligament that was torn in the ring finger of his left hand. The surgical procedure is scheduled to occur on the morning of Friday, January 10th, 2020. The star center will be reevaluated in one to two week’s time to determine how long Embiid will be sidelined from this injury. 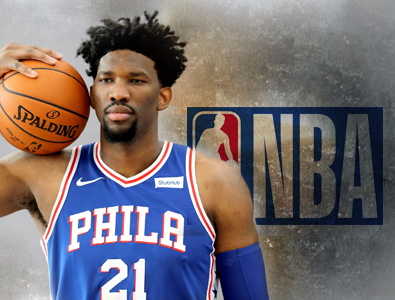 Life for the Philadelphia 76ers without Joel Embiid…

…will be really tough, but unfortunately it is something the Sixers have been dealing with on and off throughout the NBA career of the 2 time All Star center. He was selected third overall by Philadelphia in the 2014 NBA draft, and since then the native of Cameroon has played in 189 of the 448 regular season basketball games.

In fact, Embiid has been missing a significant amount of game time going back to his day of playing collegiate ball in the NCAA with the University of Kansas Jayhawks. I believe he missed just under half of the one year he was at Kansas due to a stress fracture in his back.

Embiid has such a strong presence on the basketball court. Not only is he quite a serious threat to his opponents offensively from pretty much everywhere he positions himself in a half court set up, but he plays an aggressive as well as smothering style of defense too. Last season the Philadelphia 76ers were outscored by 153 points without him on the court, and they outscored their opponents by 373 points when he played. This season the 76ers put up 113 more points than the teams they are facing when he plays.

With Embiid being sidelined due to this injury the Philadelphia 76ers will need to rely on their other big men to step their game up. Players such as Al Horford, Kyle O'Quinn, Jonah Bolden, Norvel Pelle, Mike Scott, Tobias Harris, James Ennis III, Matisse Thybulle, and Josh Richardson will need to elevate their effort in order to fill the void of playing without Embiid. As of now the Philadelphia 76ers are in the 5th spot in the Eastern Conference standings, and hopefully they don’t fall too far behind during the time that Embiid is out recovering from his operation. I would stay away from placing sports bets on the Sixers while Embiid is not playing.

"He's competitive," says Sixers head coach Brett Brown, after being questioned about Embiid's mood in regards to the injury. "He's competitive. He would be as you'd expect him to be."

"They're figuring out what's next," Embiid stated.

"Everybody sitting in front of me would understand what do you miss on defense in what you used to have in a 7-foot-2 All-NBA defender, and now you don't," Brown explained. "Then you get into offense and you've got an all-league player that's sort of your focal point to your offense, you don't have him, what does that mean? Pace of game, focal points, call of plays, so where do I begin? It's massive. I think if you looked at sort of the results we've had without Joel, we have lots of room to grow."

"I'm looking at this as an opportunity. Nobody is crying. This is not a woe-is-me moment. Not for me, at all, and not for our players. We will take what we have, and what we have, I love. It's just different than it used to be."

"I'm putting a blowtorch ... into what we used to do," says Brown. "It doesn't fit, so shame on me to make it fit. We don't have Joel Embiid. ... It doesn't mean we have to completely pivot out to wild stuff that could be reckless. I don't think so. I think it's just taking sort of the house we've lived in and moving the furniture around a little bit. And that's what I intend to do."