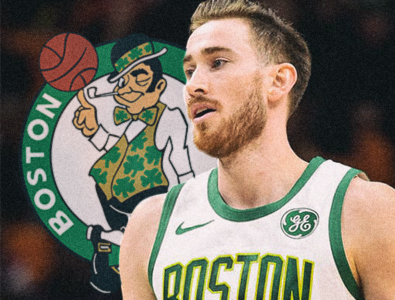 On Saturday, November 9th, 2019 the Boston Celtics were taking on the San Antonio Spurs from the AT&T center in San Antonio, Texas. Gordon Hayward apparently ran into LaMarcus Aldridge toward the end of the second quarter of the game, and immediately Hayward realized something had happened.

Apparently, Hayward fractured the fourth metacarpal in his left hand. This injury necessitated a surgery that he underwent in New York on the afternoon of Monday, November 11th, 2019. He is expected to miss approximately 6 weeks or so to fully recover from the injury and the surgery that resulted from last weekend’s game in which the Boston Celtics defeated the San Antonio Spurs 135-115.

The Celtics have gotten off to the best start out of all the teams in the National Basketball Association. Through 10 games the Celtics have a very respectable record of 9-1, and they have a 9 game winning streak heading into San Francisco to play the beaten up and struggling Golden State Warriors this Friday, November 15th, 2019. Their only loss came on the road against the extremely competitive Philadelphia 76ers in the first game of the year for Boston.

I believe many people expected the Celtics to be a decent team this year, but I don’t think people thought they would be atop the NBA standings. They have played a fairly weak schedule so far, but they have beat Eastern Conference powerhouse teams like the Milwaukee Bucks and the defending NBA champion Toronto Raptors. It will be interesting to see how they respond especially now playing without the services of Gordon Hayward for the next month and a half to two months.

The New Look Roster for the Boston Celtics

After a disappointing 2018 – 2019 NBA season the Boston team and starting point guard, Kyrie Irving, decided to go their separate ways. Irving signed with the Brooklyn Nets last offseason as a free agent. They also lost veteran forward Al Horford to free agency as he signed a huge contract with the rival Philadelphia 76ers. The Boston Celtics brought in free agent superstar point guard Kemba Walker who was formerly playing with the Charlotte Hornets / Bobcats.

With Kemba Walker running the point and distributing to sensational young NBA talents such as Jayson Tatum, Jaylen Brown, and Marcus Smart of the Boston Celtics are looking pretty good at the moment. It definitely hurts not having Gordon Hayward on the court, but thankfully he should only miss around 5 to 6 weeks and not the majority of the NBA regular season.

As long as they remain relatively healthy, I think that the Celtics should be a contender in the Eastern Conference as the season winds down. I can see them finishing in the third or fourth playoff spot in the East, and most likely winning a playoff series or so. I would love to watch them match up against the Philadelphia 76ers in the NBA postseason. That would be one hell of a battle between two teams that are very familiar with each other.

"You always think about the worst-case scenario," Hayward rationalized.

"Certainly on the play, I didn't know exactly what happened. But I heard it and felt it, and knew something immediately was wrong. That's why I signaled, 'Let's go check this out.'"

"It's hard to know [how long you'll be out]," Hayward explained. "After looking at the X-ray, it was clear as day that it was broken. Nowadays, you don't know what that necessarily means ... it depends on where the break is and how long it can be.

"I'm just happy that I relatively got good news, and I shouldn't be that long."

"It's a drop in a bucket for sure," says Hayward. "Obviously frustrated. It's going to ... it sucks watching, and not being able to go out there and play, especially with the start that we've had.

"I think this time around, I'll be able to run around, use my legs still, maintain my conditioning, which I'm very thrilled about, and then be around the team, too. And kinda stay involved, which is good."

"They put a pin and a plate in there, but that supposedly makes it stronger and makes it heal faster," Hayward stated. "I think that's a good thing this time around."

"I think we'll take it, as cliché as it sounds, we'll take it day by day and week by week," Hayward expressed. "It's one of those things that once the bone is healed, then it's kind of how much can you tolerate and how well does my body handle with the swelling, kind of how well it takes ramping up activities and doing different basketball things.

"Honestly, looking at the plan that we set up today and just kind of attacking each day. Hopefully I'll be back sooner rather than later."